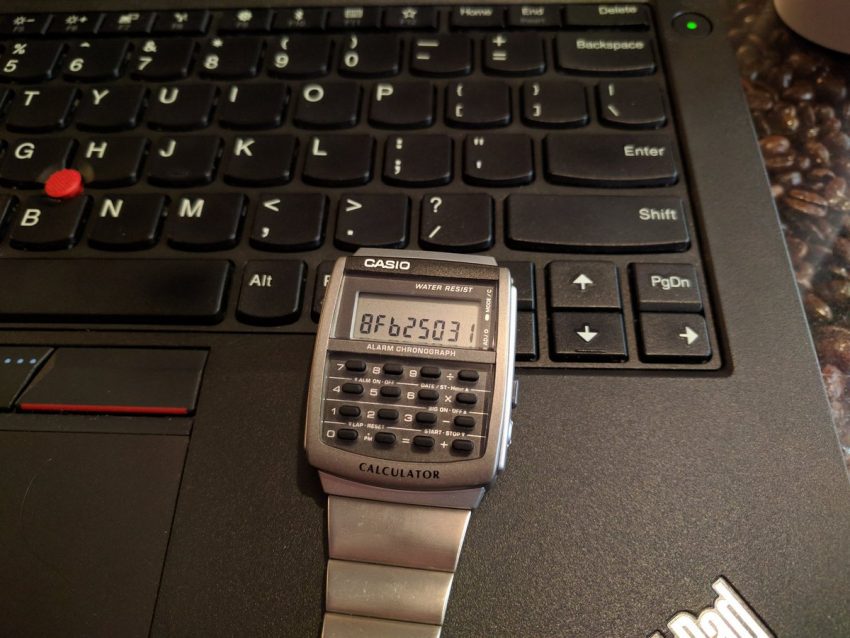 The master of weird machines @travisgoodspeed has struck again with an amazing hack for a Casio watch, just in time for SchmooCon (FYI tickets are already sold out). As you might guess, the new GoodWatch20 does so much more than the original Casio. The wire on the back of the watch is the hint. 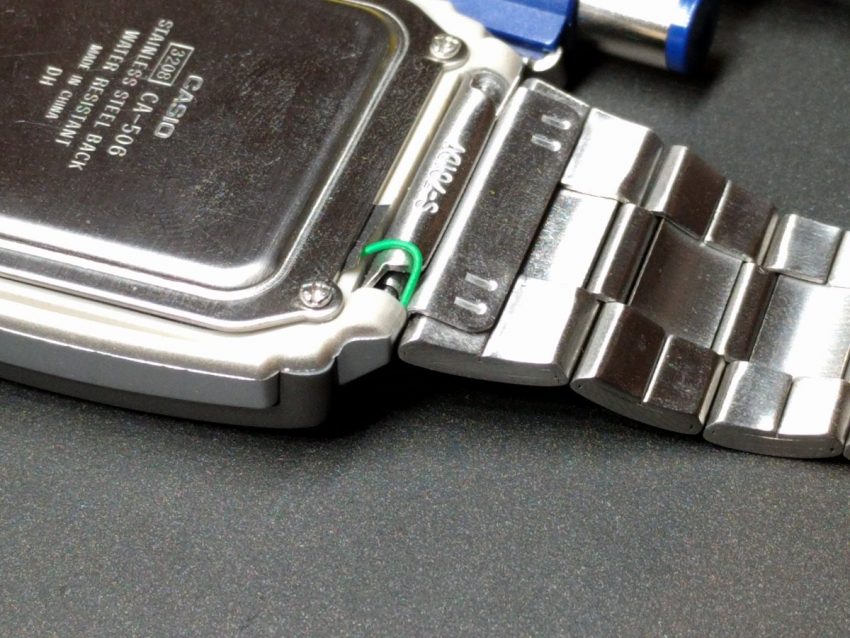 If you guessed antenna, then you are correct! According to Travis the watch can receive and transmit everything from CW to 4FSK, which apparently is an upgrade from his previous GoodWatch10. Here’s a post from Twitter with a demo.

And while the GoodWatch10 was certainly the coolest hex editor watch to wear last month, things can be niftier. In this photo, it a GoodWatch20 is beaconing my #hamradio callsign to a Yaesu 817 as Morse code. 7/n pic.twitter.com/q9PwqPWNrq

The watch uses a TI CC430F6137 microcontroller and has a hex editor, as well as an RPN calculator (for computer science lovers).  There’s also a TI MSP430 disassembler and the firmware has a serial debug monitor. If you want to follow the rest of the breadcrumbs to this amazing watch you should check out the pin on Twitter. Travis will be handing out a few unpopulated boards at SchmooCon and has promised to release the source code and CAD files soon. So, if anyone receives one of these boards, please check in as we would love an update. Note to Travis: thanks again for another mindblowing device for a con. #bloggingu4ever 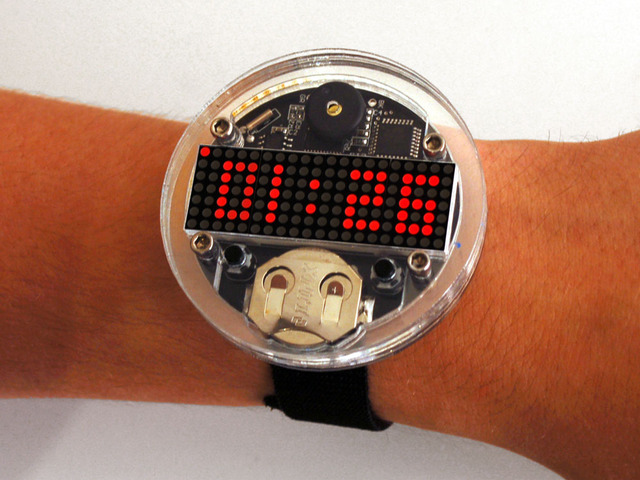