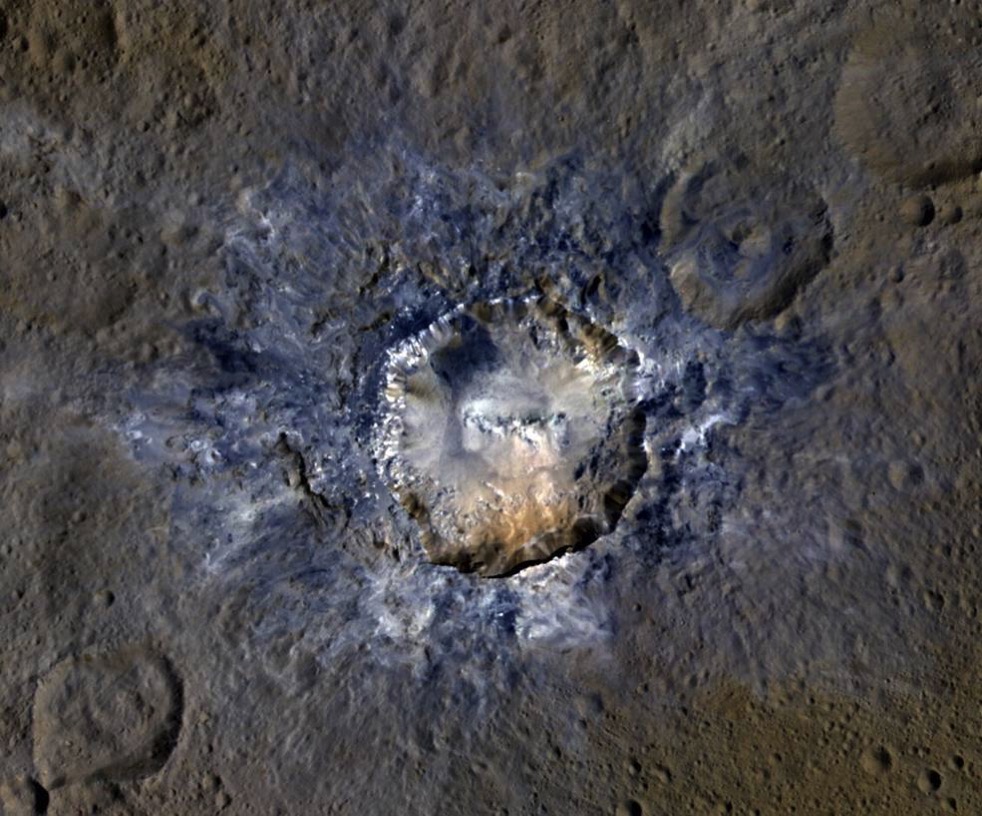 New data from NASA’s Dawn mission reveal bright spots on the surface of Ceres. These spots reveal that the dwarf planet may be an active planet and still evolving. Ceres lies in the asteroid belt between Mars and Jupiter.

If you could fly aboard NASA’s Dawn spacecraft, the surface of dwarf planet Ceres would generally look quite dark, but with notable exceptions. These exceptions are the hundreds of bright areas that stand out in images Dawn has returned. Now, scientists have a better sense of how these reflective areas formed and changed over time — processes indicative of an active, evolving world.

“The mysterious bright spots on Ceres, which have captivated both the Dawn science team and the public, reveal evidence of Ceres’ past subsurface ocean, and indicate that, far from being a dead world, Ceres is surprisingly active. Geological processes created these bright areas and may still be changing the face of Ceres today,” said Carol Raymond, deputy principal investigator of the Dawn mission, based at NASA’s Jet Propulsion Laboratory in Pasadena, California. Raymond and colleagues presented the latest results about the bright areas at the American Geophysical Union meeting in New Orleans on Tuesday, Dec. 12.