You may have seen a UFO story that is making the rounds today. News, tech sites, Twitter, are falling for it, but the reporting was not up to the standards of America’s “Newspaper of Record.” The articles are well-timed for a PR campaign to (re?)launch a click-here to invest company “To The Stars Academy of Arts & Science.”

I took a look at the required public business documents; from what I can tell, the company is a way for a very confused 90s-band member to make entertainment with all his expenses paid, while at the same time claiming to be for science & education. I also noted it’s a PBC – “Public Benefit Corporation.” I do not think that will work out as the requirements will likely not be met!

How can you invest in this amazing opportunity?‘ They are looking for ‘crowd-funded’ investment, up to $50m, via the CROWDFUND act:

The Jumpstart Our Business Startups Act, or JOBS Act, is a law intended to encourage funding of small businesses in the United States by easing many of the country’s securities regulations. It passed with bipartisan support, and was signed into law by President Barack Obama on April 5, 2012. Title III, also known as the CROWDFUND Act, has drawn the most public attention because it creates a way for companies to use crowdfunding to issue securities, something that was not previously permitted. Title II went into effect on September 23, 2013. On October 30, 2015, the SEC adopted final rules allowing Title III equity crowdfunding.

“To The Stars Academy of Arts & Science” (I’ll refer to them as TTS Academy) has a leader.

Tom DeLonge (pictured above with spaceship) is the CEO of TTS Academy. If you’re wondering if it’s that Tom DeLonge, yes! DeLonge was the guitarist and co-lead vocalist of the band Blink-182. It was reported that DeLonge allegedly left Blink-182 in 2015 because of aliens and national security. He talked about this:

I have sources from the government. I’ve had my phone tapped. I’ve done a lot of weird stuff in this industry — people wouldn’t believe me if I told them. But this is what happens when you start getting on an email chains with hundreds of scientists from the Jet Propulsion Laboratory and different universities around the country, and you start outing seniors scientists from Lockheed Martin talking about the reality of this stuff, guys that hold 30 patents, guys that work underground out in the Nevada test sites in Area 51.

Years ago, there was somebody who was gathering 150 hours of top secret testimony specifically for Congressional hearings on government projects and the US secret space program. People from NASA, Rome, the Vatican, you name it, they’re all on there. The top 36 hours that summarized the best parts of all of that footage, I had it hidden in my house for a period of time, and during that time I was flying this person out along with somebody that was Wernher von Braun’s right-hand assistant. Wernher von Braun was a Nazi scientist that we brought over to build our Apollo rockets that got us to the moon, and on his deathbed he told this person a bunch of stuff, and I was flying them out to Los Angeles and we were taking certain meetings. At that time a lot of weird stuff started happening.

Now on to the NYTimes article by Helene Cooper, Ralph Blumenthal, and Leslie Kean – 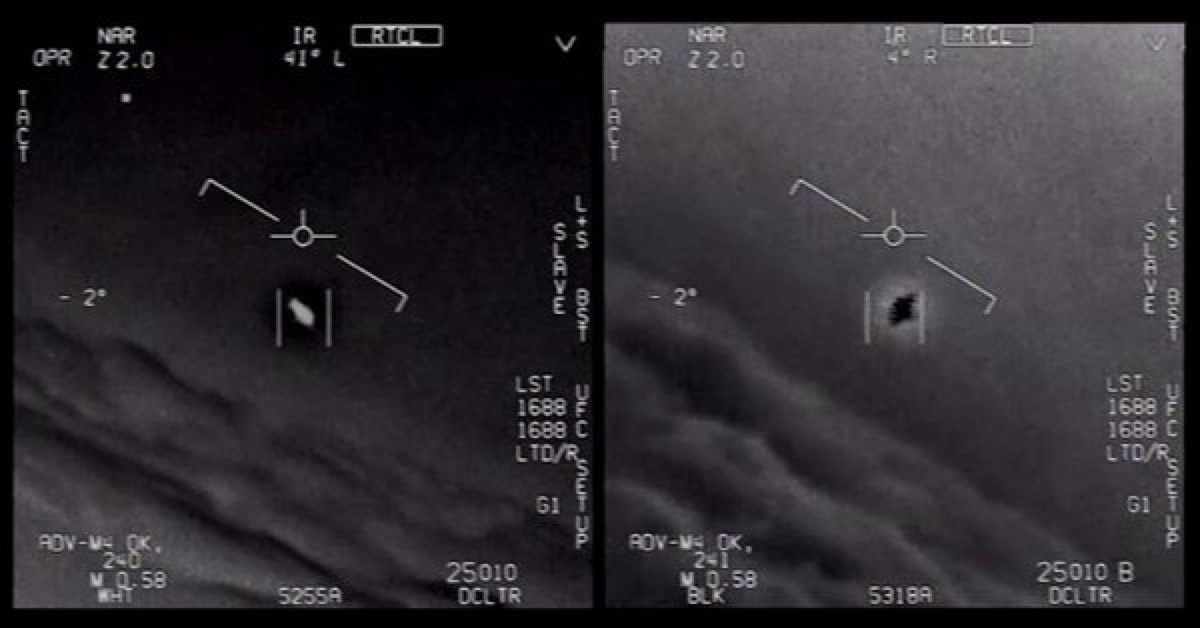 Contracts obtained by The Times show a congressional appropriation of just under $22 million beginning in late 2008 through 2011. The money was used for management of the program, research and assessments of the threat posed by the objects.

Under Mr. Bigelow’s direction, the company modified buildings in Las Vegas for the storage of metal alloys and other materials that Mr. Elizondo and program contractors said had been recovered from unidentified aerial phenomena. Researchers also studied people who said they had experienced physical effects from encounters with the objects and examined them for any physiological changes.

“We’re sort of in the position of what would happen if you gave Leonardo da Vinci a garage-door opener,” said Harold E. Puthoff, an engineer who has conducted research on extrasensory perception for the C.I.A. and later worked as a contractor for the program. “First of all, he’d try to figure out what is this plastic stuff. He wouldn’t know anything about the electromagnetic signals involved or its function.”

A 2009 Pentagon briefing summary of the program prepared by its director at the time asserted that “what was considered science fiction is now science fact,” and that the United States was incapable of defending itself against some of the technologies discovered.

Mr. Elizondo, in his resignation letter of Oct. 4, said there was a need for more serious attention to “the many accounts from the Navy and other services of unusual aerial systems interfering with military weapon platforms and displaying beyond-next-generation capabilities.” He expressed his frustration with the limitations placed on the program, telling Mr. Mattis that “there remains a vital need to ascertain capability and intent of these phenomena for the benefit of the armed forces and the nation.”

Senator Harry Reid initiated the funding of the gov effort (Advanced Aviation Threat Identification Program) with $22m, and in the article(s) it is reported most of the money apparently went to Bigelow Aerospace – founded by billionaire Robert Bigelow. Bigelow also owns the hotel chain Budget Suites of America and was on 60 Minutes recently.

Luis Elizondo (from the article) is the former U.S. Gov Director for the National Programs Special Management Staff who is mentioned in the UFO articles. Now he is Director of Global Security & Special Programs for TTS Academy! Elizondo recently resigned from the US gov which ran the “Advanced Aerospace Threat Identification Program.” Additionally, former U.S. Gov Deputy Assistant Secretary of Defense for Intelligence Christopher Mellon is part of TTS Academy as National Security Affairs Advisor. So it must be legit! 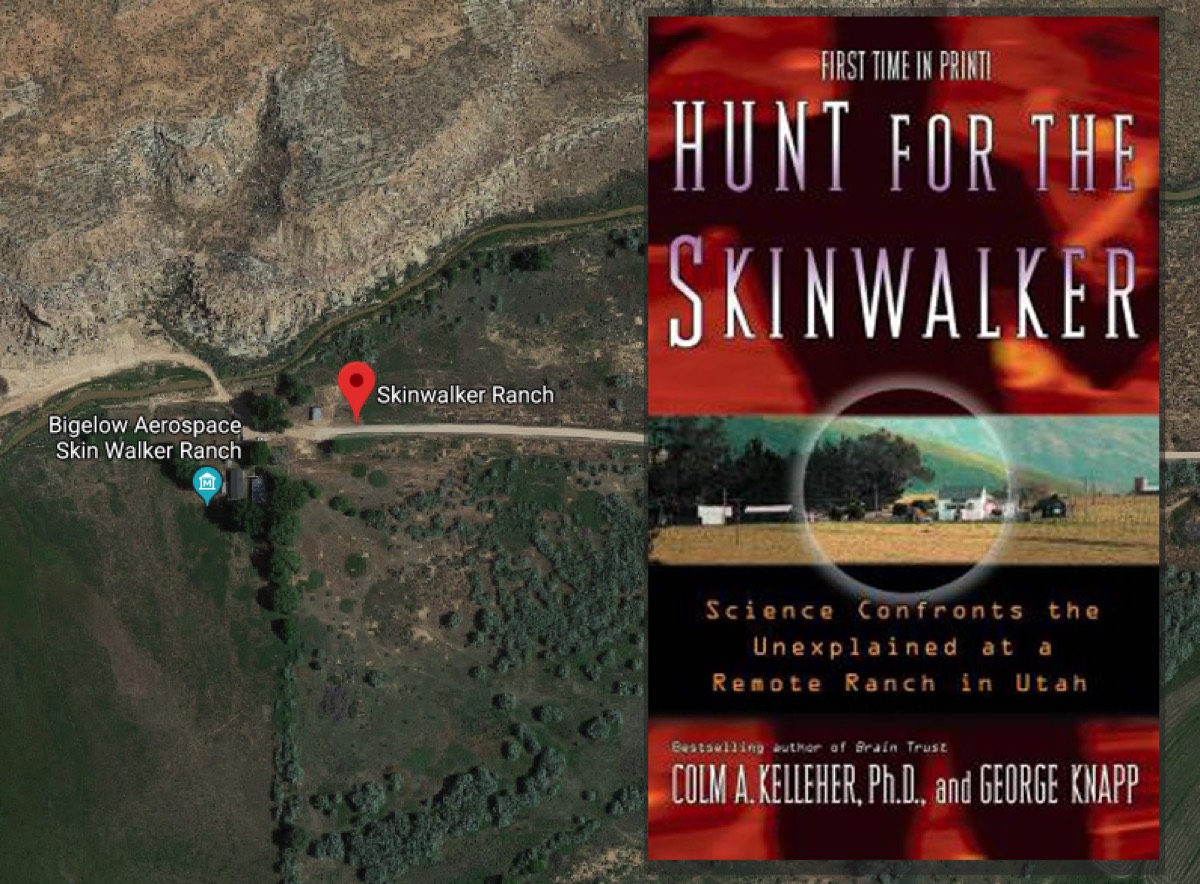 On the TTS Academy site, Dr. Colm Kelleher is listed as their Biotech Consultant. Kelleher co-wrote Hunt for the Skinwalker: Science Confronts the Unexplained at a Remote Ranch in Utah. Bigelow bought that ranch and had it studied by his “National Institute of Discovery Science”, defunct 2004. Dr. Hal Puthoff (known for the flawed research on self-proclaimed psychic Uri Geller ), now, Vice President Science & Technology of TSS Academy. 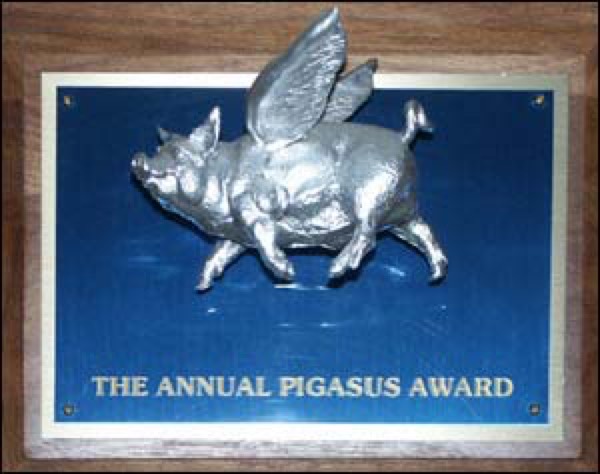 In 1996 Robert Bigelow won a Pigasus Award from well-known psuedo-science-debunker James Randi for funding John E. Mack and Budd Hopkins, and for purchasing the so-called Skinwalker Ranch in Utah known for alleged UFO attacks, “interdimensional portals”, and “cattle mutilations.” The award was originally called the Uri trophy, after Uri Geller.

Most of the articles(s) are about the Pentagon and the 2 declassified videos that show “an object” and have some mentions of the new company To The Stars Academy of Arts & Science. On the TTS Academy site is the offering circular, the legal document filed with the SEC for a Regulation A offering. Interesting read on how the publicly-investable companies are formed, structured, who has to pay who, when, how much, etc. in the PDF.

We are required to pay a minimum royalty guarantee of $100,000 each calendar year. Under a Licensing Agreement, we are required to pay royalty payments to Tom DeLonge, Mr. Handsome, LLC, and Good In Bed Music, ASCAP (see “Intellectual Property”, “Liquidity and Capital Resources”, and “Interest of Management and Others in Certain Transactions”).

All of the projects we are currently considering are subject to their own specific risks, but they include some of the following:

Engineering the space-time metric. This technology is in the very early stages, and success depends on a yet to be defined breakthrough in propulsion to enable traveling to the stars at near light speed.

Telepathy. Research into telepathy may require scientific testing on persons, which will expose the company to different risk factors than its other proposed projects.

Huffpo, NYTimes, Politco, and others who covered the original articles should read the business documents and do a follow up (follow the money). Back in my day, we had David Bowie, who was an alien. This, on the other hand, is some OT VII-level pseudoscience nonsense and a distraction from what the news should be covering, there appears to be a bunch of conflict of interests and lack of disclosures in the NYTimes article as well.

Emailed and Tweeted to the Times author(s)..