MusicMakers is a new interview series from Adafruit that explores the intersection of the DIY music and maker communities. We’ll be talking to some of our favorite musicians about art, tech, DIY, gear tips and more. Along the way we hope you’ll find some great new music as well as some ideas and inspiration for your own projects. 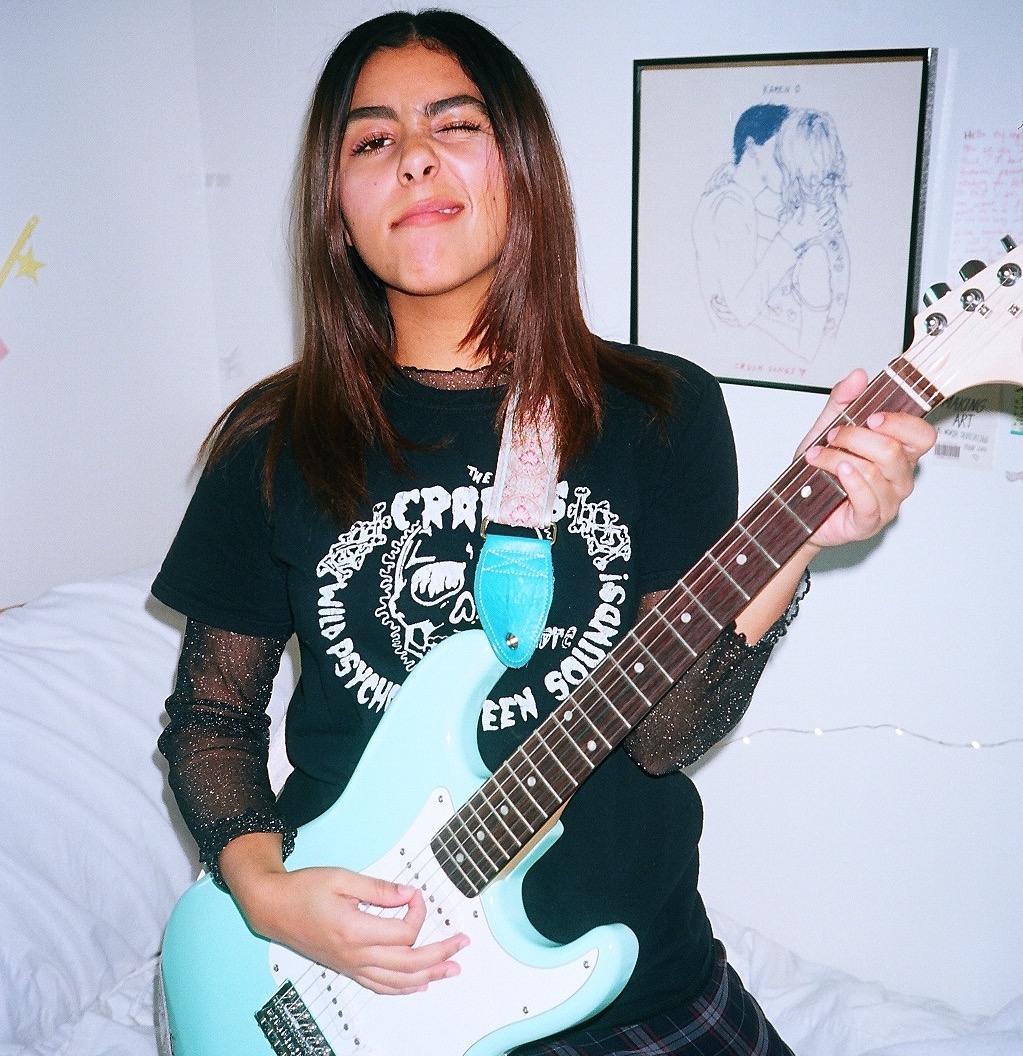 Mia Berrin is the driving force of New York’s Pom Pom Squad. We first heard them on The Grey Estates‘ awesome Sugar Rush Volume 2 benefit compilation for QORDS Camp, but their HATE IT HERE EP picked up ravenous acclaim earlier this year from the likes of Alt Citizen and Respect. Magazine for its gorgeous cacophony of self-doubt and self-empowerment. It was a bold calling card that saw Berrin fighting her melancholy with fury. This eclectic and emotional record offered a red-hot burst of creativity, personality and integrity, showcasing a stunning new presence in the world of DIY.

The past two years have seen Berrin make an incredible shift from the wild and imaginative scrappy bedroom rock of “Lux Lisbon” and “Teenage Girls” to becoming the front-woman and driving artistic force of a musically layered four-piece capable of songs like “You/Him (Maybe)” and “Sunday Song.” The progression has been something to behold and promises exciting things in the future. We thought it’d be great to get her thoughts on DIY, trying new things, staying curious, asking for help and making music for yourself.

Where are you based?
I’m based in NYC!

What was your introduction to music?
My dad was really into classic hip-hop and RnB and my mom was really into New Wave. Growing up, I found a middle ground in Alternative music. I was in high school the first time I listened to Riot Grrrl, and it was a game changer for me.

What have you been working on?
I’ve been drafting/demoing a new Pom Pom Squad *thing*— I think it’s going to be an album— which is equal parts exciting and intimidating. I’m also just kind of experimenting with/exploring a lot of different ideas right now. I recently played a show with one of my best friends, Spencer, who is in an incredible band called the Ophelias. We have a little side project together called HoneyLamb where we’ve been writing and workshopping songs.

How have you seen technology change the creation and consumption of music in your lifetime?
I’m studying recorded music in college, so this has a been a big topic in my life lately. It’s crazy how accessible music production has become in a way that it couldn’t have been ten years ago. Now everyone who owns a computer has access to a DAW— it’s just a matter of whether or not they choose to use it. I think for me as a teenager, being able to just record and play around with the different sounds I could make in GarageBand was very gratifying. Your ability to make music now is only really limited by your curiosity, which is amazing.

Describe your recording or production setup:
My personal setup is laughably DIY. I use it mostly for banging out rough demos or keeping track of ideas. My friend Henry has been lending me his interface (a Focusrite Scarlet 2i2) for a bizarre amount of time (thanks, Henry) so I’ve just been DI-ing my guitar and singing into an SM58. I don’t even own speakers right now. We recorded the latest Pom Pom Squad EP at Alex Carr’s house. He plays lead guitar in the live setup, and he’s produced all of my tracks so far. His setup is really great.

Any tips for gear or customizing your workspace?
Here’s my advice for beginners, because I think starting out can be discouraging and figuring out gear is intimidating: I’ll be the first to admit that I’m still learning about it and still make lots of bonehead mistakes when I’m recording! I think I’m lucky to have friends and mentors who are extremely knowledgeable about these things, but I’ve had to learn the hard way that asking for help is important and necessary.

The other cool thing about how accessible and easy it is to record music from home is that you can give yourself time to get comfortable with your DAW or your setup in a judgment-free space. Getting more comfortable with the tech side of things only helps you enhance your creative side. In the meantime, DIY or die, baby.

What’s one song everybody should hear?
Pablo Picasso by the Modern Lovers.

Who do you think we should ask these questions next?
Mitski!! 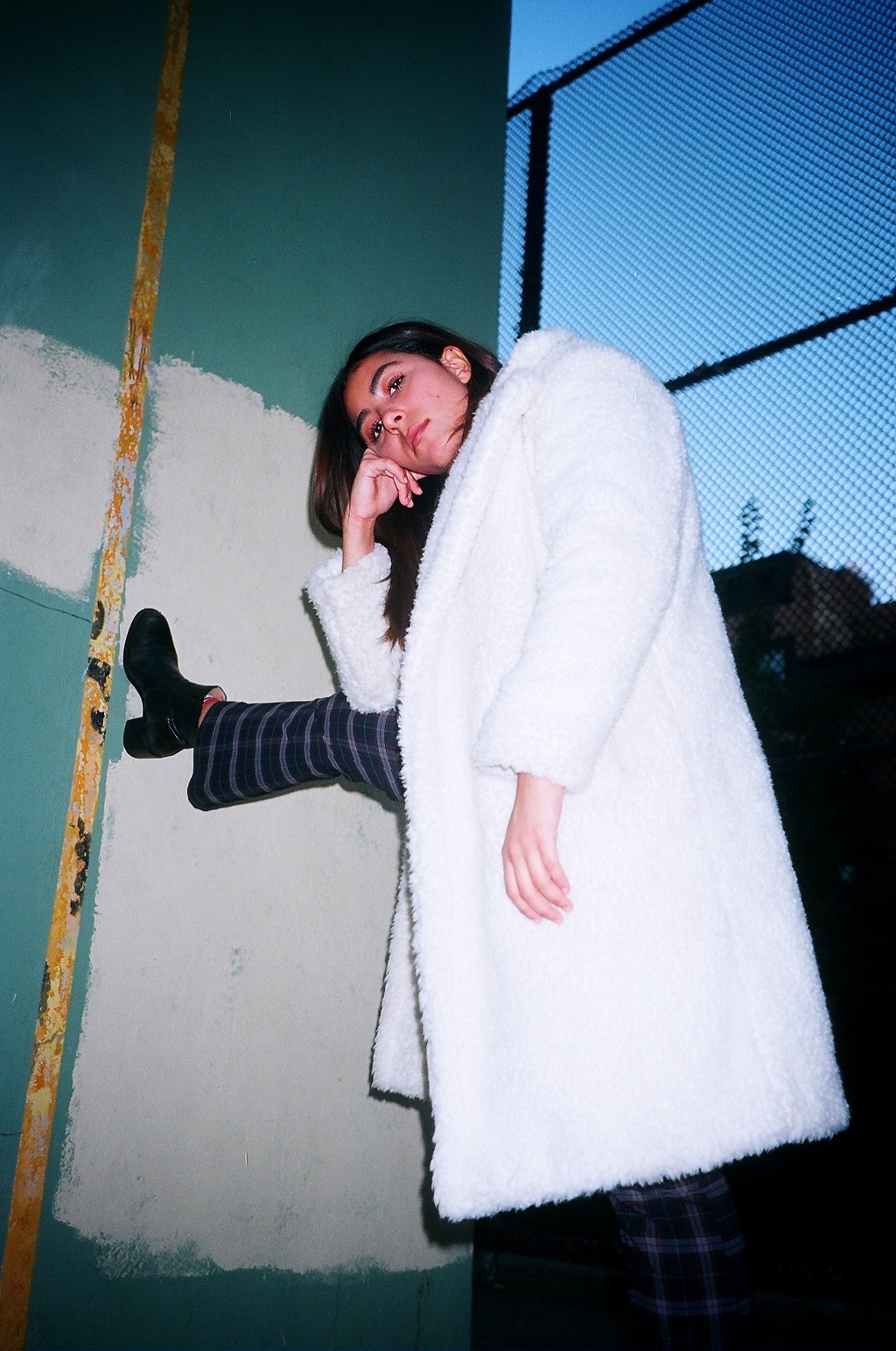 The HATE IT HERE EP is out now.