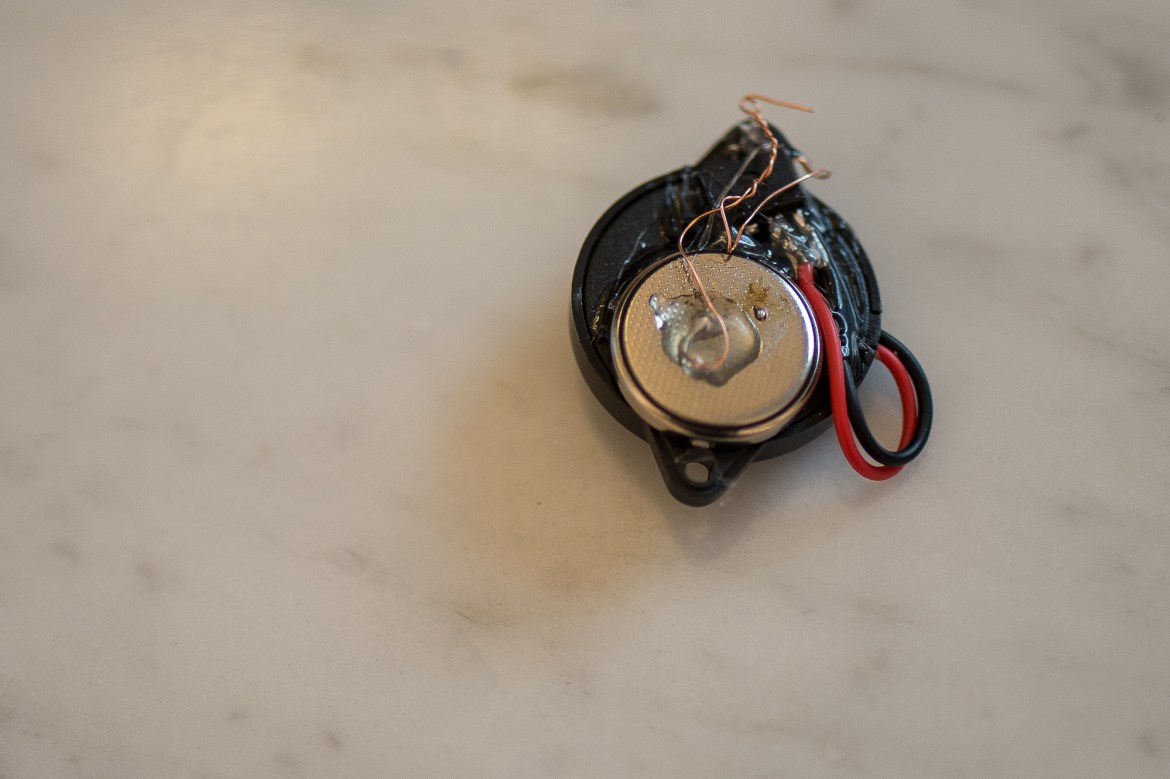 You can see the battery (likely a CR2032) and speaker unit in the image above – but there’s no word on the brain of the device. The Cornell Daily Sun reports on someone pranking fellow students with a jingle that we all know and appreciate:

For more than a week, students and staff in at least four campus buildings heard a five-second tune, but couldn’t pinpoint exactly where it was coming from.

Some ignored it. Others questioned if they might be imagining things after one too many all-nighters. Many wondered where the noises, which began around Halloween, were coming from and what was producing them.

“It was driving me crazy all week,” said Fred Cederstrom, a student manager at Temple of Zeus in Klarman Hall.

“Every day, you just got madder and madder,” Patty Dennison ’18 said, recalling that she and others finally became accustomed to the noise that permeated the Statler Hall lounge every 30-or-so minutes.

The eight-bit tune (click here to listen) is a sample of Rick Astley’s “Never Gonna Give You Up,” and hundreds of students in at least four buildings — Statler, Duffield, Klarman and Gates halls — have been repeatedly “Rickrolled” for more than a week by devices they suspect were placed by a prankster or pranksters.

As soon as Cederstrom recognized the song, he thought, “Oh no. I get it now.”