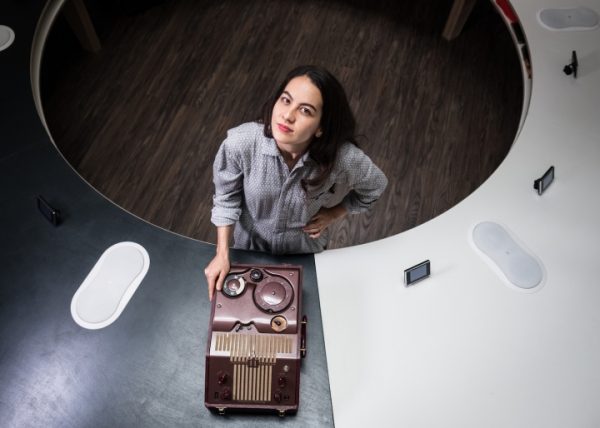 In 2011, a friend gave Alison S. M. Kobayashi a wire recorder, a now obsolete form of audio technology that used steel wire for magnetic recordings. Included with the estate-sale find were two unlabeled spools, each dense with unidentified voices. As Kobayashi listened, characters and narratives emerged from the distortion, and, based on offhand comments about culture and holidays, she gradually traced these unmoored ghosts back to the early 1950s. They were the Newburges, a Jewish American family who lived on Long Island, and the older son David had recorded two of their gatherings. The decades-old sound became the basis for Say Something Bunny!, a performance that’s part one-woman show and part live documentary, as the audience joins in an excavation of this sonic artifact. 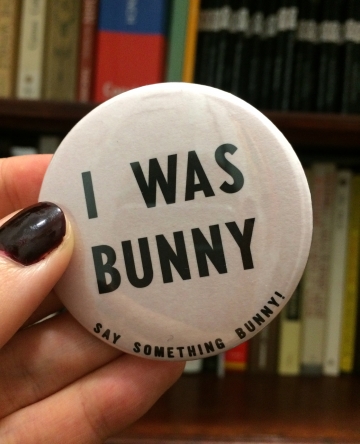 “For the past decade, I’ve been working with found material,” Kobayashi told Hyperallergic. “It’s often somewhat banal or something ordinary, or something that we all have. One of my first projects was collecting answering-machine tapes that people donated to thrift stores.”

That focus developed into the 2006 video Dan Carter, in which the artist performed as people leaving messages on a man’s machine. For the 2015 Personality Unlimited, she responded to a 1943 self-improvement book with new choreography, and the 2014 Mrs. Florence Hazel Davis Bland featured an interactive website that explored a woman’s life through her book collection.

While this previous work involved video and gallery installations, Say Something Bunny! is a two-act theatrical experience in which the audience sits at a circular table in the UNDO Project Space in Chelsea. It was first staged in 2016 at Toronto’s Gallery TPW, and is being performed in Manhattan through April 29. The shape of the table echoes the shape of the wire spools, and at every seat is a script for a character. There’s no actual participation, however, except Kobayashi speaking directly to attendees as if they were actors at a table read.