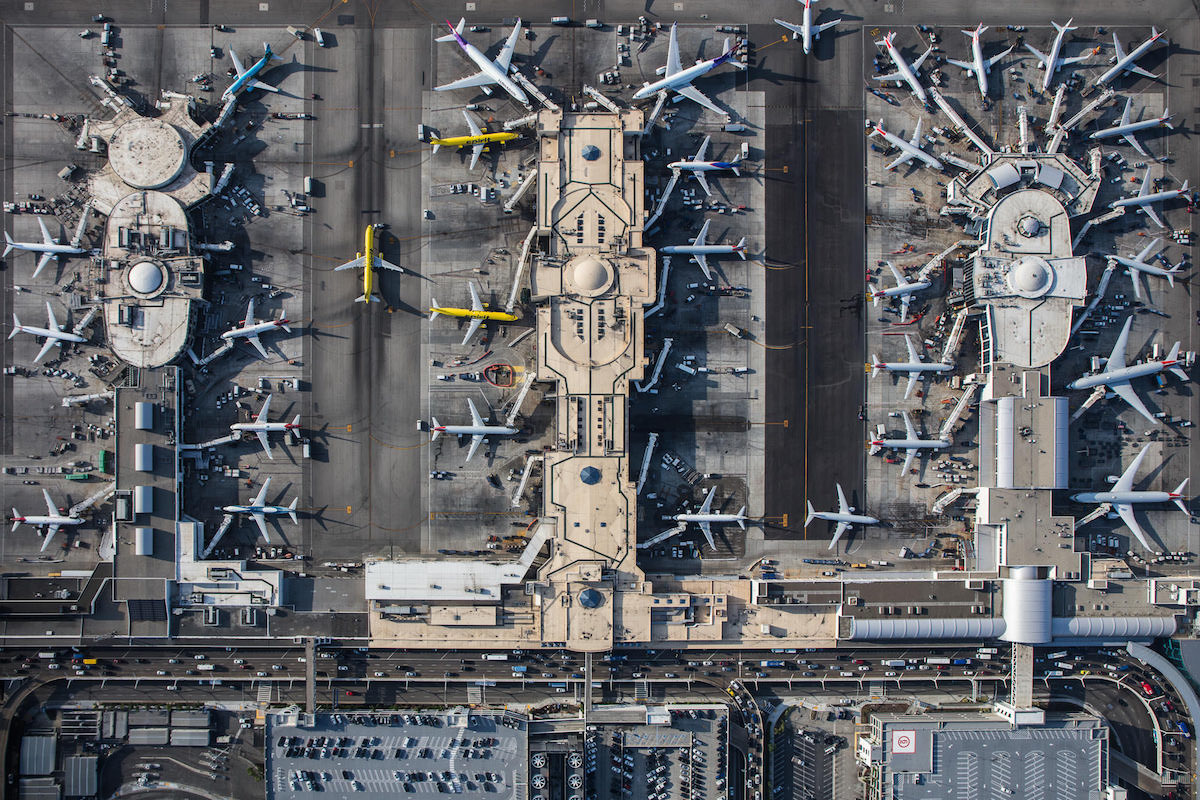 As with many aviation fanatics, photographer Mike Kelley‘s fascination with air travel started when he was a child, and it’s never slowed down. We were first introduced to Kelley’s work through his viral composite photograph of arrivals and departures at LAX, which then translated into his project on airports around the world—Airportraits. Now he’s back in California, with a new striking series that captures airports and boneyards from a new vantage point.

For Life Cycles, Kelley hired a helicopter to fly over LAX, the Southern California Logistics Airport, and Seattle’s Boeing Field/King County International Airport, as well as the Mojave and Victorville boneyards. Building on his desire to demonstrate the complexity and scale of modern air travel, Kelley’s photographs are a symphony of symmetry. His carefully composed shots show careful attention to the architecture of the planes and surrounding structures, creating compositions that are both intriguing and artistic.

Of course, obtaining permissions to fly over these spaces is not easy, but Kelley has continuously cultivated his relationship with LAX since his initial image went viral in 2014. Working with the airport to shoot imagery for marketing campaigns, he’s also cultivated the relationships that allow him to carry out these personal projects. For Life Cycle, Kelley shows these majestic airplanes in all their glory, from their flying days at bustling terminals to being repaired—or put to rest—at the boneyards.

“The sum of human knowledge, effort, and effort to get these birds built, flown, and retired is enormous,” Kelley tells My Modern Met via email. “While we are locked in a dingy terminal or griping about TSA lines, we’re surrounded by an incredible infrastructure that’s almost impossible to comprehend from ground level.”

Indeed, Kelley’s keen eye cuts through the apparent chaos of the airport to seek out the subtle rhythms that guide the space. By honing in and isolating these elements, he reveals a hidden beauty that only an aviation lover could discover. 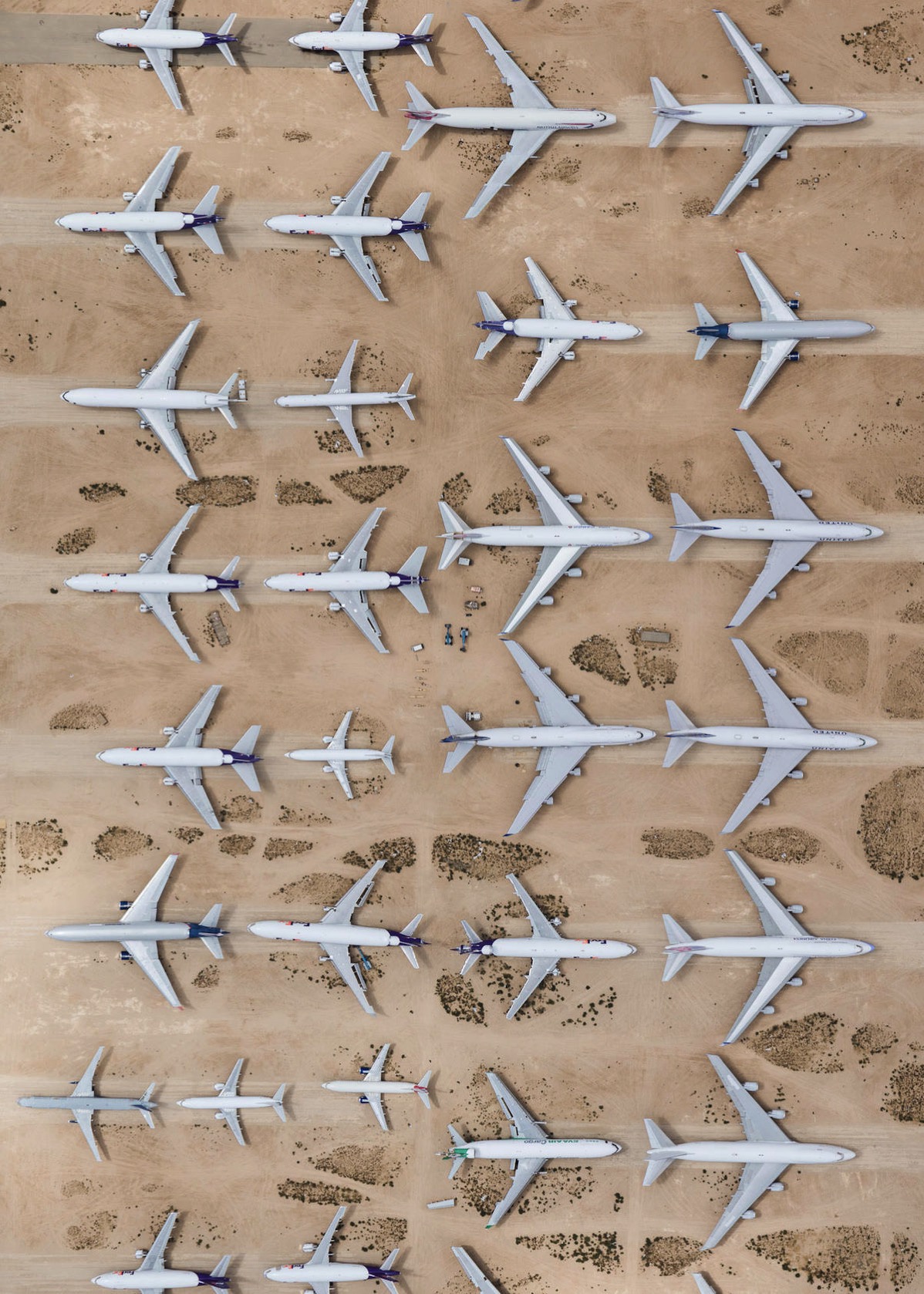