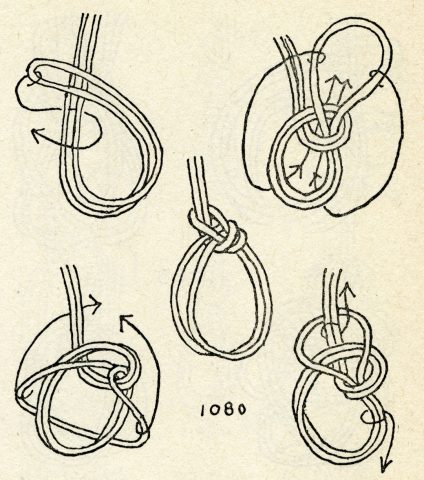 Clifford W. Ashley was an artist who studied under the influential illustrator Howard Pyle, painted expressive maritime scenes, and published histories of whaling related to the waterfront of his hometown, New Bedford, Massachusetts. Yet he’s best remembered for a wildly popular book on knots.

“It’s the most famous knot book ever created, and one of the most important ones because he corrected a lot of historical errors,” Christina Connett, chief curator at the New Bedford Whaling Museum (NBWM), told Hyperallergic. The museum is currently exhibiting Thou Shalt Knot: Clifford W. Ashley, based on Ashley’s collection of knots that was donated by his daughters Phoebe Chardon and Jane Ashley in 2016. NBWM has a large collection of Ashley’s paintings, which complement these recently acquired materials, demonstrating the late artist’s passion for maritime subjects where ship rigging and shipboard tying were frequently present. 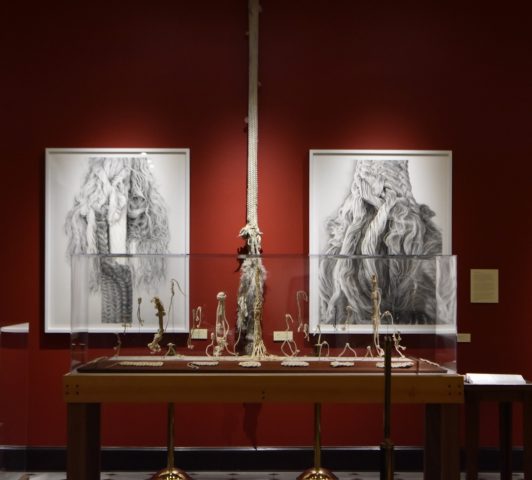 The Ashley Book of Knots, first published in 1944 and still in print, contains nearly 7,000 illustrations of over 3,000 knots, and everyone from author Annie Proulx to tightrope artist Philippe Petit (who contributed to the exhibition catalogue) has cited it as an inspiration. Many of the knots that Ashley used as models for his book illustrations were part of the acquired collection. The book, for which Ashley dedicated over a decade of research, writing, and illustration, remains an essential guide to knot tying, and is also a historical archive of their uses.

Comments Off on Artist Preserves the Vanishing Technology of Knots #ArtTuesday