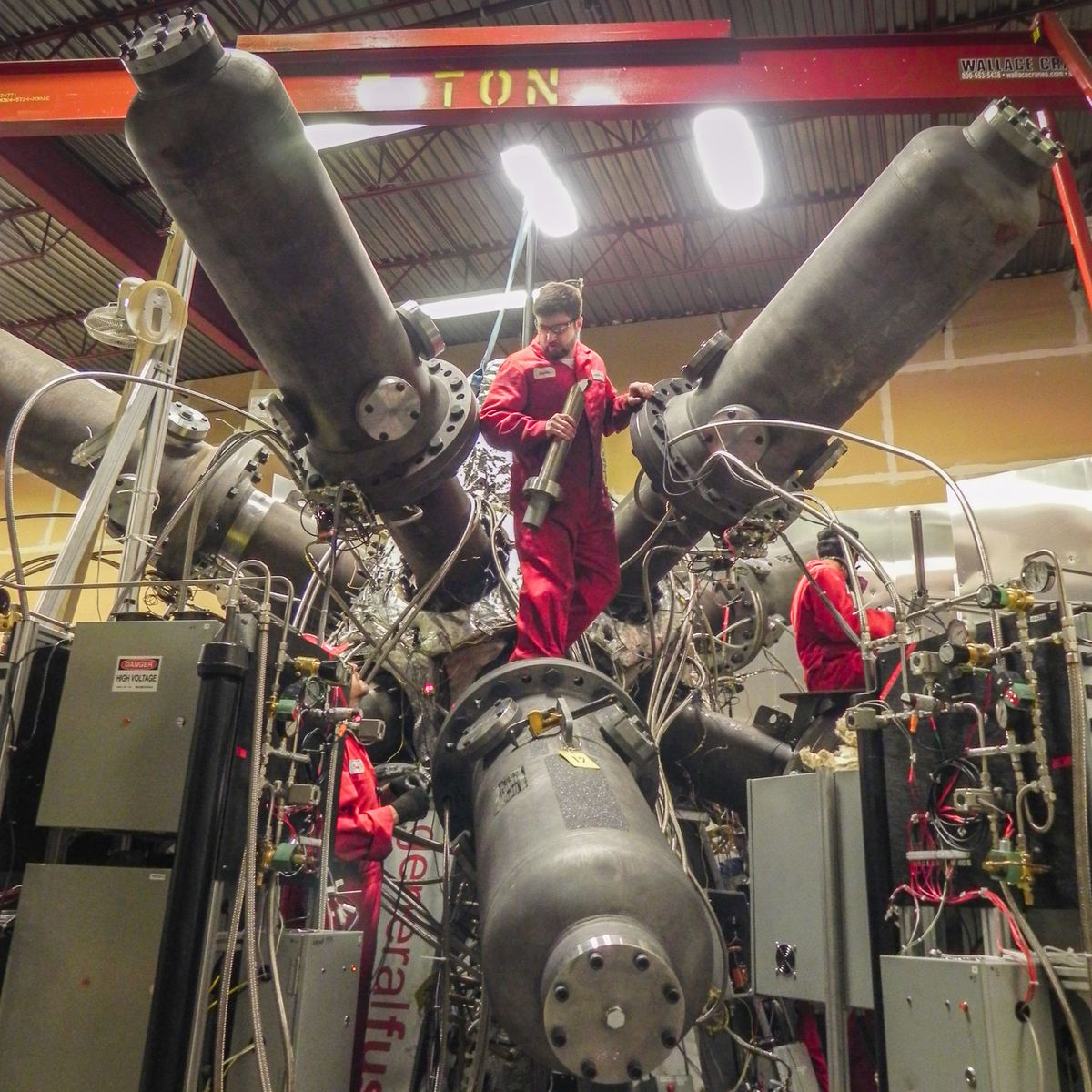 Although the technology is far from being practical, this team is making strides in harnessing nuclear fusion.

At a laboratory in Vancouver, Canada, scientists donning red coats say they have recreated the scorching, 100-million degree conditions inside the core of our sun. They use a two-story-high, octopus-like metal apparatus to collapse walls of silver liquid metal over hydrogen atoms, fusing the particles together and releasing heat. This heat is then turned into carbon-free energy.

Mowry and his team want these nuclear fusion reactors to replace the coal and gas plants powering today’s energy-hungry cities. Such an ambitious feat, however, has proven elusive since the 1950s when people first tried to create practical science out of the theoretical notion of controlled fusion.

Harnessing energy from the collision and fusion of hydrogen atoms has historically been undertaken by massive, government-funded programs, like those in Russia, Japan, Europe, and the United States. The U.S., for instance, completed the $3.5 billion National Ignition Facility in 2009, a lab the size of three football fields that employs a giant laser to blast hydrogen atoms with 192 high-energy beams.

This program — however impressive — is nowhere near generating energy for the masses.

“I applaud [General Fusion’s] enthusiasm,” said Ahmed Abdulla, who researches the political economy of carbon-free technologies at the UC San Diego School of Global Policy and Strategy. “We need as many of these energy miracles as possible.”

He notes there are considerable hurdles ahead which can cripple such an emergent technology: Getting government support, proving to governments that the technology is safe and secure, and ensuring there’s “an appetite” or social acceptability for nuclear fusion.