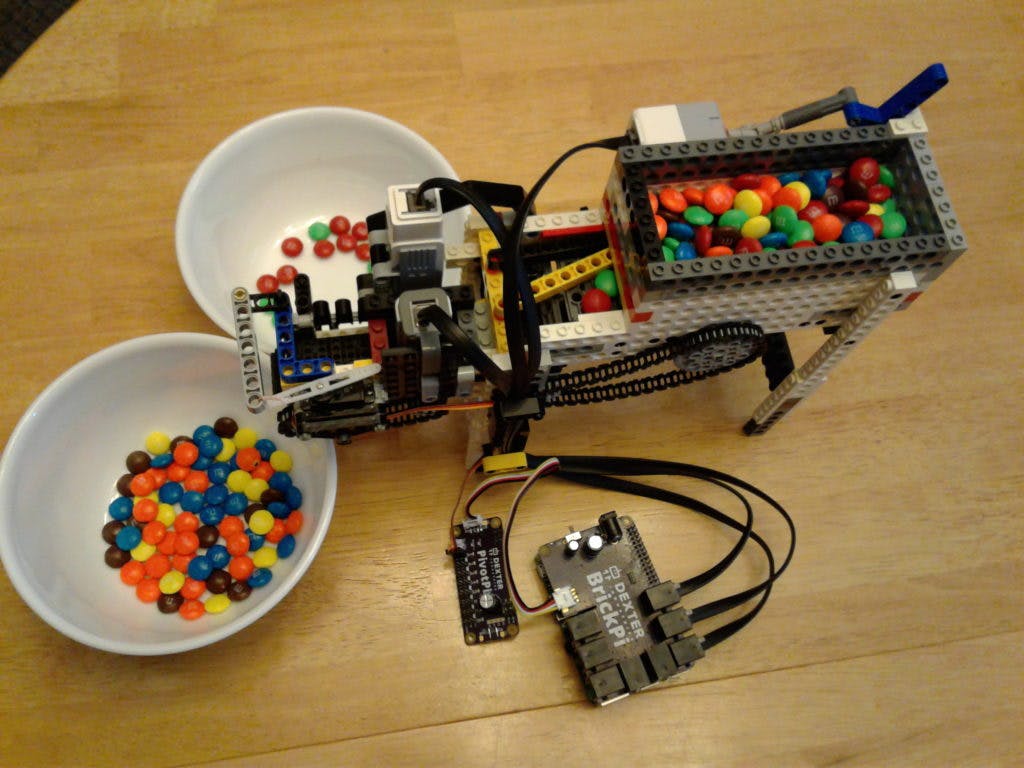 Need to sort out green and red M&M’s for the Christmas season? The Raspberry Pi M&M Color Sorter uses a Raspberry Pi with a BrickPi and PivotPi to sort out green and red M&M’s. The EV3 touch sensor acts as an on/off switch to control the EV3 motor that powers the conveyor belts to make the M&M’s pass one-by-one under an NXT color sensor. If an M&M is detected to be green or red, the servo extends an arm to pull the M&M off the side of the conveyor belt.