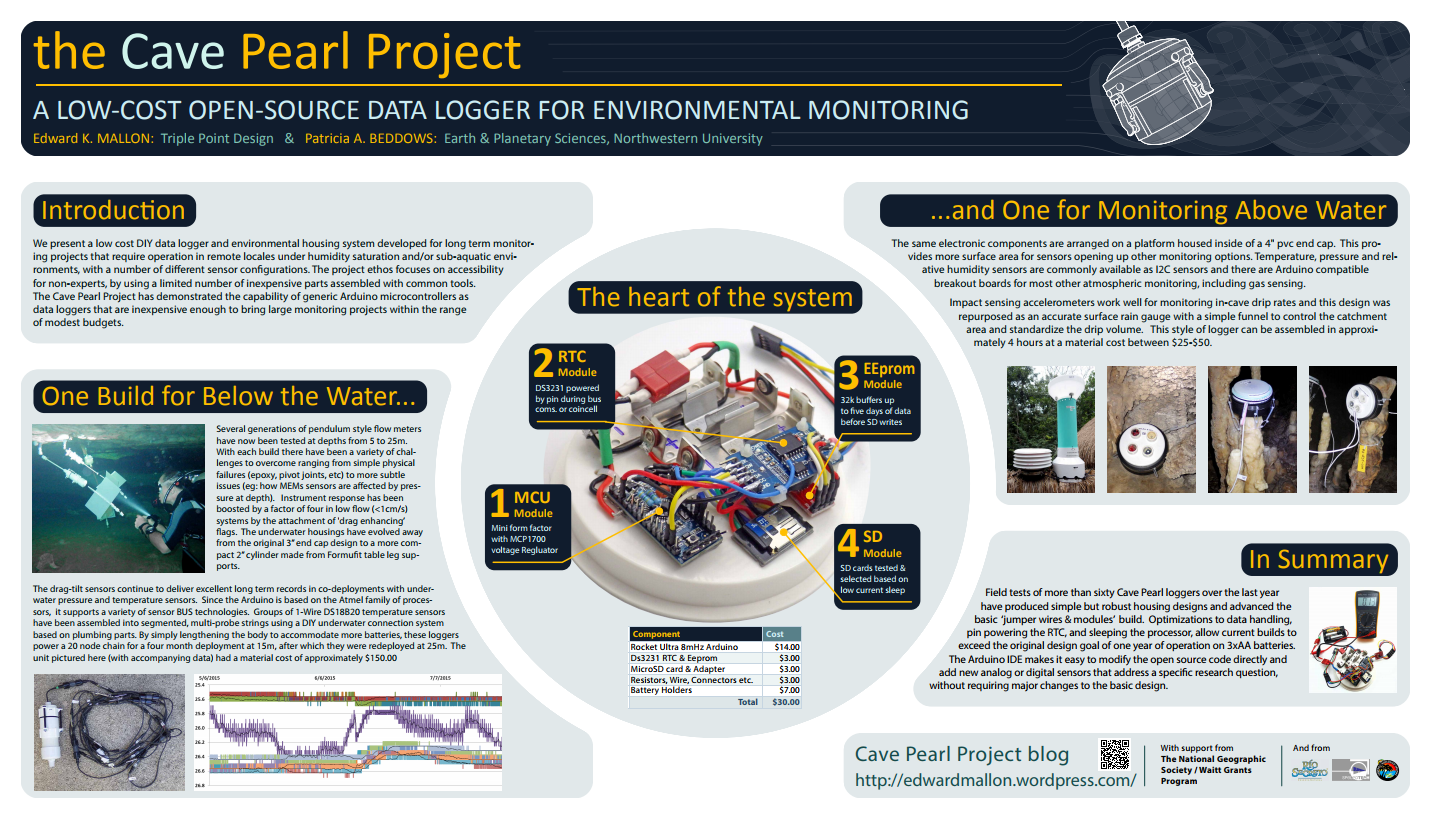 The Cave Pearl Project is doing some impressive stuff with underwater datalogging using open-source components and code. Evolving with the tech over time they have multiple links from their ☀ How to Build an Arduino Data Logger ☀ page. Also be sure to check out some papers published in 2014 and 2015 with more details. 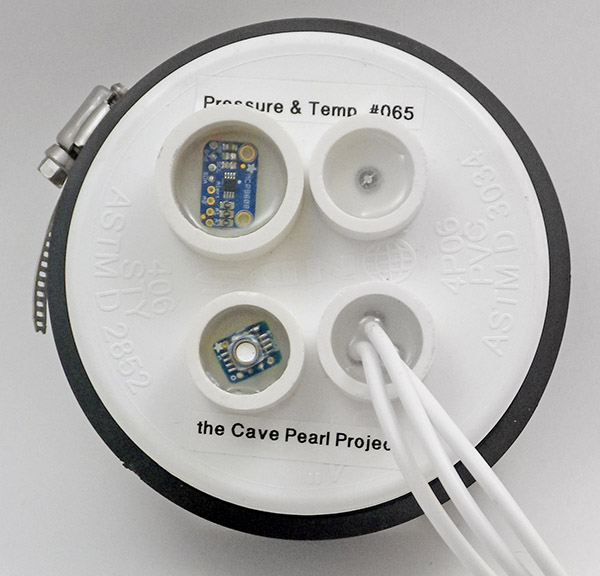 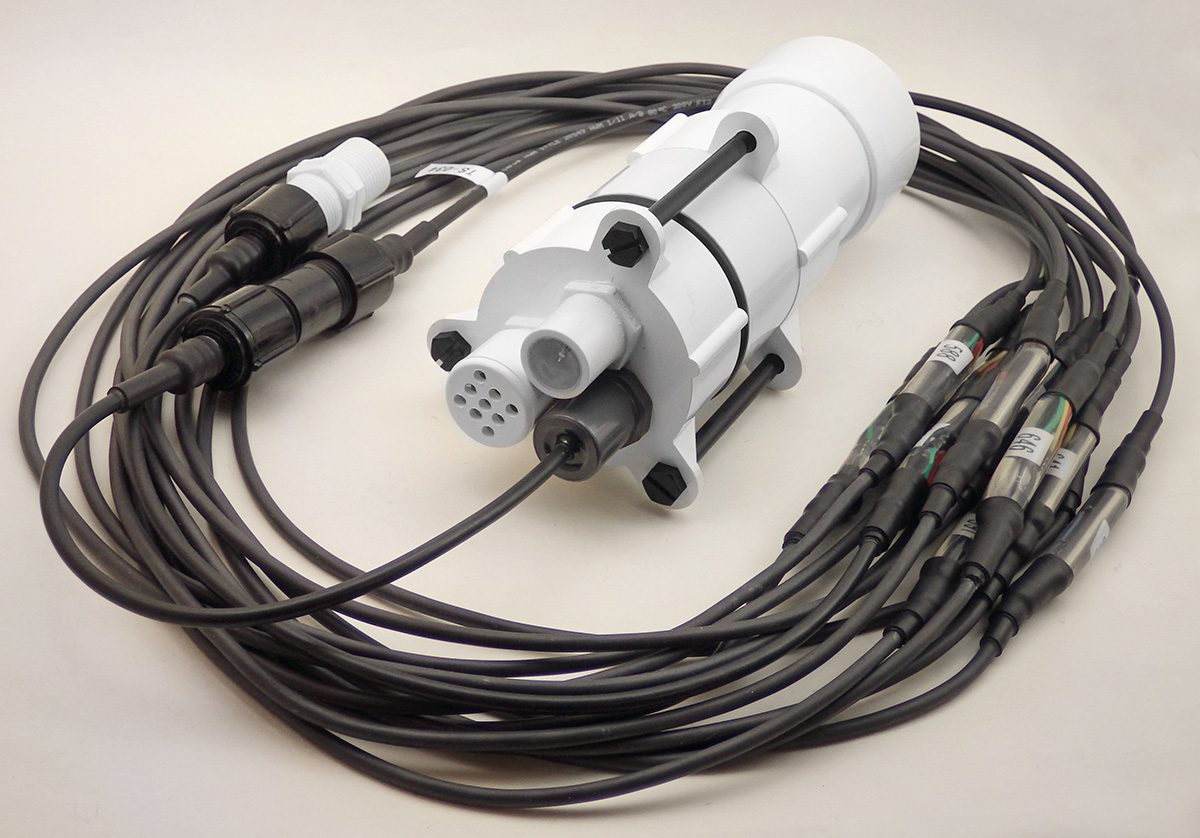 Early in 2011 I realized that open source microcontroller boards had the potential to replace expensive commercial sensor units with cheap & cheerful DIY equivalents. In January 2014, I started this blog to record my first attempt to build a simple flow sensor using an Arduino. The project has grown quite a bit since then, and my current goal is to create a generic underwater logging platform which can be adapted for many different environmental monitoring applications.

This ‘lowest common denominator’ approach means that any component in the build (including the Arduino) can be changed to suit the available parts without requiring a significant re-write of the operating code. My performance benchmark is at least one full year of operation on three AA batteries, and with that system as a foundation, I will build instruments that focus on a theme of water because of it’s crucial role sustaining us, and connecting everything we do to the natural world.