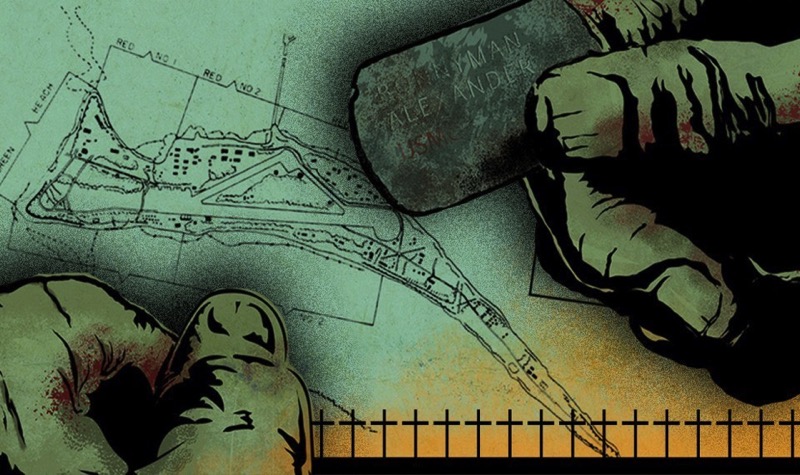 Excellent read from The Atlantic.

Growing up, the writer Clay Bonnyman Evans had heard all sorts of stories about his mother’s father, First Lieutenant Alexander Bonnyman Jr. Evans’s grandfather had joined the Marines’ officer ranks during World War II, and in 1943, he learned he’d be taking part in an assault on the remote island of Betio (BAY-sho) in the South Pacific. The goal was to drive out Japanese defenders so the United States could use the island to launch attacks on other Japanese-occupied territories.

After Bonnyman and his troops stormed the beach at Betio, they dropped TNT where Japanese service members were hiding out, using flamethrowers to light the explosives. That flushed out more than a hundred Japanese defenders so that American forces could take control of the island, despite heavy losses. Bonnyman was felled by Japanese fire on November 22, 1943, and the military awarded him the Medal of Honor after his death. “By his dauntless fighting spirit,” the citation read, “Bonnyman had inspired his men to heroic effort, enabling them to beat off the counterattack.”

Comments Off on How Underground Radar Uncovered a Lost WWII Cemetery