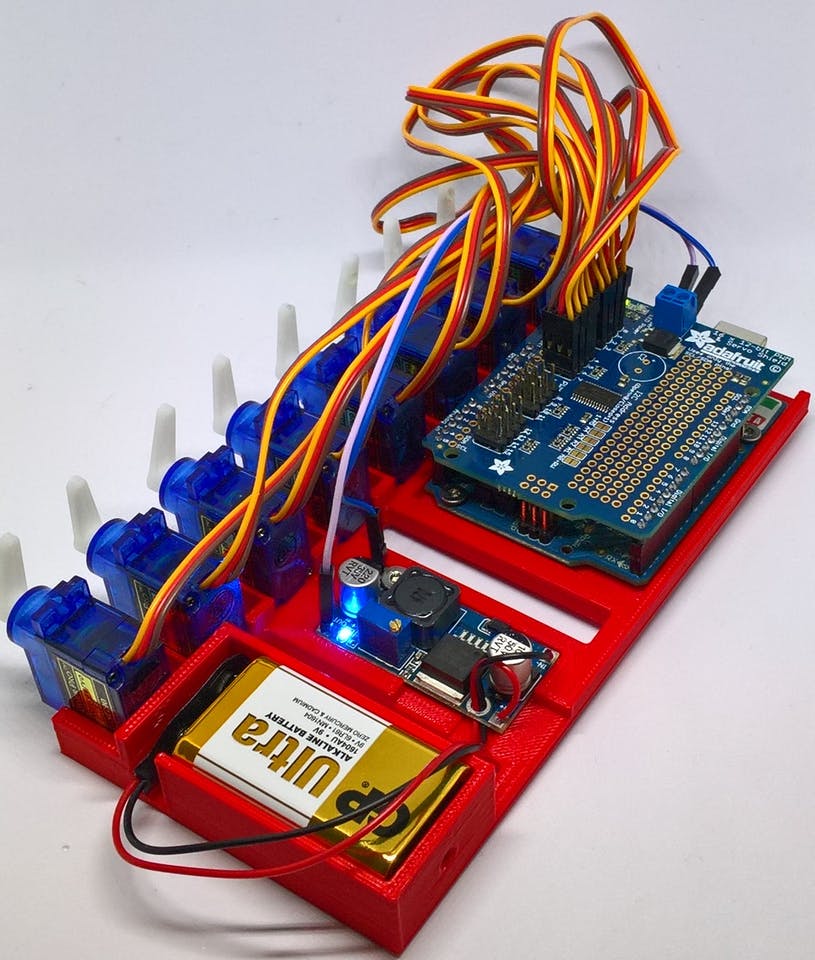 Interesting project from Jeremy Lindsay over at Hackster.io – you can see below that all the servos did not arrive at the same final testing point. Interesting observation only really made visible because of Jeremy’s test rig.

From time to time, I start a project to try to make some kind of automated robotic walker (like an AT-AT, but I’m aiming for something about the size of a cat, if you can imagine such a thing). I design the body, 3d print it, attach the servos, start programming…and at this point I normally run into problems. I need my servos to move to some precise positions – or at least behave consistently on each leg of the robot – but in practice, I’ve found the legs don’t behave the way I’d expect. I decided to carry out a simple experiment to investigate just how inconsistent my servos are.

To do this, I needed to build a test rig which could hold my servos (I need space for 8 servos, two for each of the robot’s four legs). I control my servos using the Adafruit PWM Servo controller shield (which can control up to 16 servos). This shield is mounted on my Arduino Duemilanove (it’s a bit old now, but still works for 99% of my projects), which is powered and controlled by my computer’s USB port. The Adafruit Servo controller shield needs a separate power supply of about 5v – 6v – I’ve used a LM2596 DC-DC Step down voltage converter with a 9v battery to get the necessary voltage.

Being able to see the servos side by side and compare their initial and final positions when each is sent the same PWM signal has been useful to me – it tells me that each of my servos has its own individual profile. To get each servo to act like each of the others, I need to work out the PWM values that corresponds to 0 and 180 degrees, and use interpolation to work out the PWM values needed to move to positions between extremes. I’ll look at this in a separate project.