Just wanted to let everyone know the sources to the OS and applications were recovered, I converted them to Unix end of line conventions and spaces for Pascal tabs after recovering the files using Disk Image Chef, and they are with Apple for review. After that’s done, CHM will do an @CHM blog post about the historical significance of the software and the code that is cleared for release by Apple will be made available in 2018. The only thing I saw that probably won’t be able to be released is the American Heritage dictionary for the spell checker in LisaWrite

This will allow makers to compile apps and the OS from source, and from what I understand, it will be possible to fix the Lisa’s Y2k-like bug. The Apple Lisa was one of the first computers to have a GUI, it cost Steve Jobs his role at Apple at the time, getting forced out, starting NeXT and then making Apple what it is today after coming back. 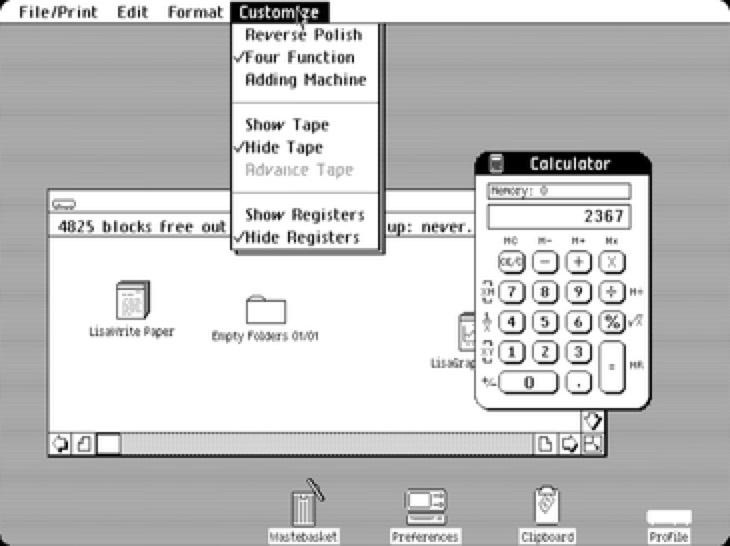 Wikipedia has a ton of details, additionally Apple sued Microsoft in 1994 over copying the Lisa interface. On Reddit 10 months ago, Bill Gates talked about this directly –

The main “copying” that went on relative to Steve and me is that we both benefited from the work that Xerox Parc did in creating graphical interface – it wasn’t just them but they did the best work. Steve hired Bob Belville, I hired Charles Simonyi. We didn’t violate any IP rights Xerox had but their work showed the way that led to the Mac and Windows.