World of Warcraft Cosplay Made with NeoPixel LEDs 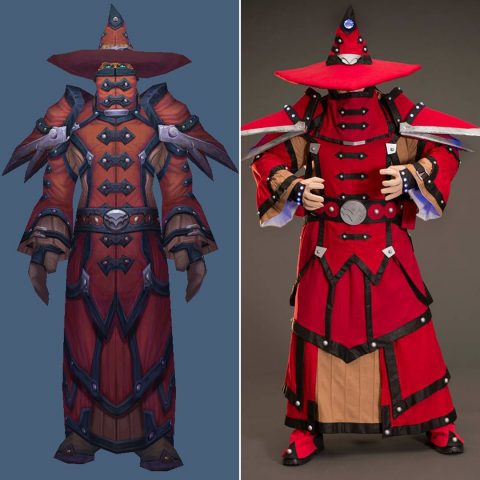 To add lighting effects to a costume, Nic Neidenbach turned to NeoPixel LEDs from Adafruit. He made a set of World of Warcraft armor from the game’s Cataclysm expansion. Instead of appearing metallic and being made from EVA foam, it’s a fabric based armor. The LEDs add just the right amount of glow at the sleeves and the shoulders.

There is no end to my entries in the #sidebyside challenge that @sickh0rse tagged me with. This is my Crimson Embersilk Battlegear from World of @Warcraft a cloth armor set from the Cataclysm expansion. This costume uses NeoPixel LEDs from @adafruit for lighting effects. pic.twitter.com/xgH5sFSdMu

What does your most recent cosplay look like side by side with its inspiration?

Comments Off on World of Warcraft Cosplay Made with NeoPixel LEDs