On the History of EDVAC: the Electronic Discrete Variable Automatic Computer | #retrocomputing #history 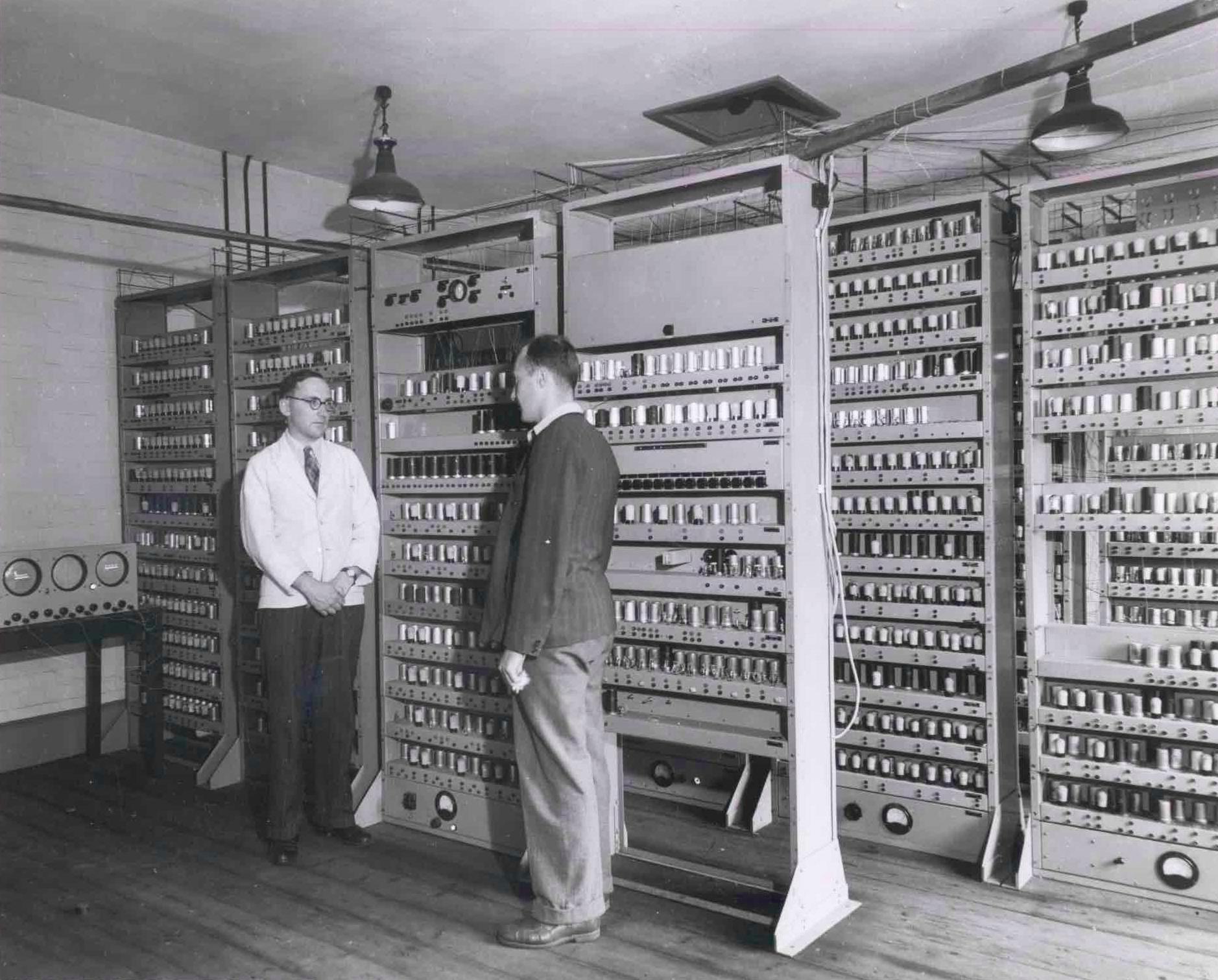 The Creatures of Thought blog have a great update to their The Electronic Computers series. Part 4 details ‘the electronic revolution‘ and the backstory of ENIAC and its successor EDVAC, including some of the drama that arose along the way. As always the ‘further reading’ and footnote links from author technicshistory contain lots more websites and books to read through for those who are interested.

We have now recounted, in succession, each of the first three attempts to build a digital, electronic computer: The Atanasoff-Berry Computer (ABC) conceived by John Atanasoff, the British Colossus projected headed by Tommy Flowers, and the ENIAC built at the University of Pennsylvania’s Moore School. All three projects were effectively independent creations. Though John Mauchly, the motive force behind ENIAC, knew of Atansoff’s work, the design of the ENIAC owed nothing to the ABC. If there was any single seminal electronic computing device, it was the humble Wynn-Williams counter, the first device to use vacuum tubes for digital storage, which helped set Atanasoff, Flowers, and Mauchly alike onto the path to electronic computing.

Only one of these three machines, however, played a role in what was to come next. The ABC never did useful work, and was largely forgotten by the few who ever knew of it. The two war machines both proved themselves able to outperform any other computer in raw speed, but the Colossus remained a secret even after the defeat of Germany and Japan. Only ENIAC became public knowledge, and so became the standard bearer for electronic computing as a whole. Now anyone who wished to build a computing engine from vacuum tubes could point to the Moore School’s triumph to justify themselves. The ingrained skepticism from the engineering establishment that greeted all such projects prior to 1945 had now vanished; the skeptics either changed their tune or held their tongue.

A document issued in 1945, based on lessons learned from the ENIAC project, set the tone for the direction of computing in the post-war world. Called “First Draft of a Report on the EDVAC,”1 it provided the template for the architecture of the first computers that were programmable in the modern sense – that is to say, they executed a list of commands drawn from a high-speed memory. Although the exact provenance of its ideas was, and shall remain, disputed, it appeared under the name of the mathematician John (János) von Neumann. As befit the mind of a mathematician, it also presented the first attempt to abstract the design of a computer from the specifications for a particular machine; it attempted to distill an essential structure from its various possible accidental forms.

Comments Off on On the History of EDVAC: the Electronic Discrete Variable Automatic Computer | #retrocomputing #history