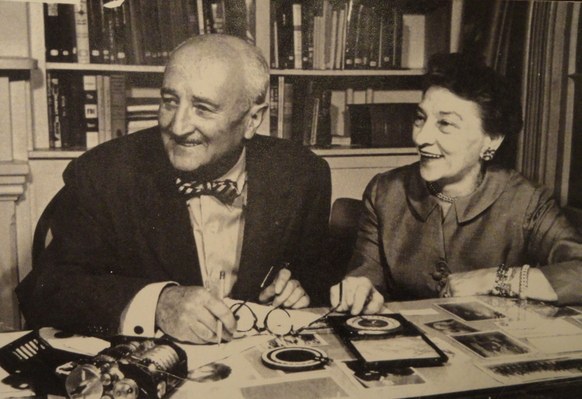 Excellent piece from WIRED on the inimitable Elizebeth Friedman and her work as a codebreaker during WWII.

One married couple was responsible for the foundations of modern code breaking, and the principles that gave the NSA a head start in cryptanalysis. Though the husband, William Friedman, is usually apportioned the lion’s share of the credit, his wife Elizebeth Friedman was in every way his equal. During World War II, both worked under total secrecy, and only now are we learning about Elizebeth’s critical work uncovering the secrets of Nazi spies—and cracking the codes of the notorious “Doll Lady” suspected of working for the Japanese.

Velvalee Dickinson whirled around on the two FBI men and tried to scratch out their eyes. It was January 21, 1944. The agents had staked out the vault at the Bank of New York, waiting for Dickinson to walk in and open her safe-deposit box, and as soon as she did, unlocking a drawer that contained $15,900 in cash, the FBI agents said they had a warrant for her arrest. Dickinson shouted that she didn’t know why. She was fifty years old, a widow, a frail-looking ninety-four pounds, with brunette hair. She made such a kicking commotion that the men had to pick her up by the armpits and carry her away.