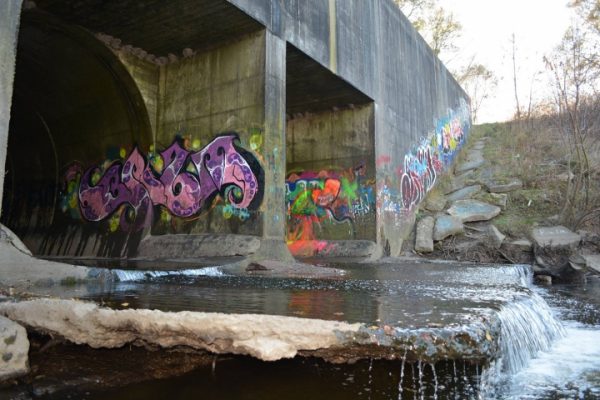 What, you may ask, do artists really do for society? In the case of artist Bridget Quinn, and her friend Jula Osten, they thwarted a potential public health crisis: Last month, they discovered and alerted authorities about “off-the-charts” E. coli bacteria counts in two locations discovered along the Red Run Drain in Sterling Heights, Michigan.

Quinn made this discovery in the course of her art practice, which centers on the exploration of “marginal” spaces. Since moving to Warren last year, Quinn has struggled to find beauty in what she describes as an “overbuilt” environment, designed as a company town during the peak of white flight out of Detroit. Quinn’s efforts have included collecting and categorizing weeds and invasive species from her backyard and other untended green spaces, as well as trying to track down the creeks and running water in the city, most of which, she discovered, have long been running underground through miles-long tunnels and drainage systems. 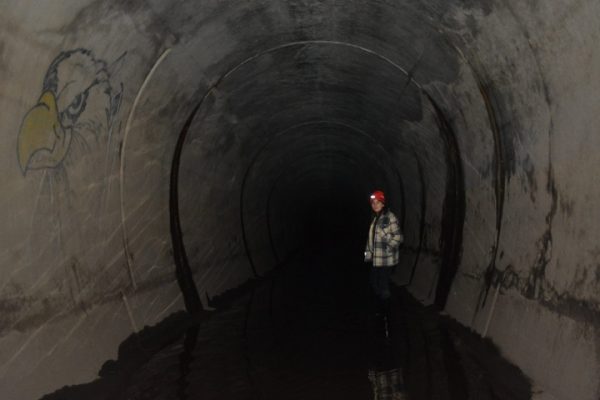 “I started this research project, where I was just trying to find a creek near my house,” said Quinn, in an interview with Hyperallergic. “I have been a serial trespasser since I was a kid, but lately I’ve been dedicating my artistic practice to reconnecting myself to the natural world within these sort of marginal spaces.” This process eventually led to the discovery of a small waterway called Bear Creek, along which Quinn took to walking with her dog, Banjo, in an attempt to find the headwaters.

“I was trying to get a feel for what water in Warren was,” said Quinn, “so I borrowed some kayaks — and my friend Jula is also interested in this kind of space, and game for everything.” The pair planned a kayak tour of Warren’s limited above-ground waterways for the day after Thanksgiving.

“Jula and I put our kayaks in [the creek] behind the Taco Bell, across from the Menards,” said Quinn. “We went past the sewage treatment plant, past where Bear Creek, which I had been doing a lot of research on, connects to the Red Run Drain. We ended up at these giant tunnels.”