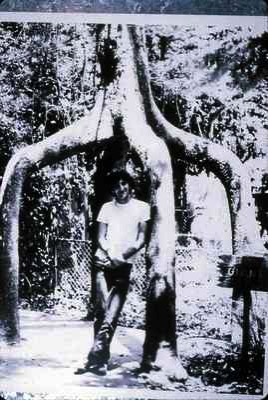 Mark Primack is known for his work developing greener buildings in Santa Cruz and his advocacy for affordable housing. The 66-year-old Santa Cruz resident has served on City Council as well as a number of boards.

But what many may not know about Primack is the chapter of his life in the 1970s — fresh from a London architecture school, newly arrived in Santa Cruz County — studying unusual grafted trees in Scotts Valley.

There a farmer named Axel Erlandson created an amusement park called the Tree Circus: trees grown into ladders, chairs and other fanciful shapes. Erlandson died years before Primack arrived in the county but Primack has dedicated years to studying the Tree Circus.

He helped care for the unusually shaped trees and lead a public relations campaign that brought international attention to them. While it wasn’t enough to save the original site, about 20 of the original trees are still intact today at the Gilroy Gardens Family Theme Park.

He has documented much of Erlandson’s life and is working on a book about the farmer’s work.

Primack talked with the Sentinel about the impact of the Tree Circus. This interview has been edited for clarity and length.

Q: How would you describe Erlandson’s work?

A: If you look at the evolution in the last 30 years of environmental design and green building, there’s a tremendous interest now in working with rather than against nature in areas of biomimicry and environmental design. With people saying how do we work with living, growing organisms as opposed to running them through a food mill and turning them into something else.

So Axel Erlandson was way ahead of his time. And I was a little ahead of my time in terms of recognizing the value of Axel’s work.

Q: Scotts Valley has a reputation of being a bedroom community. Do you think a lot of residents know about this fun point in history?

A: I think these types of things disappear really fast. You have to know, in its Lost World days, the owner had a sabertooth tiger strapped to the top of his station wagon and drove around Scotts Valley with it. (The Lost World was a dinosaur-themed roadside attraction that included the Tree Circus grove, purchased from Erlandson.)

It was like Santa’s Village. It was not a point of pride for the community. It was perceived in the negative aspects of roadside attractions. The tourist traps and garish things. There were signs and billboards that had signs for cavemen.

Q: Tell us about the value of Erlandson’s work and the Tree Circus.

A: Was there a book that he could have written about it? I don’t know. I once worked with some old time plasterers and what they would say is, “It’s easy if you know how.” As you watch cooks or a chef, they’re not doing anything spectacular. They’re accumulated knowledge and wisdom is what’s driving them.

So Axel created these wonderful trees and he didn’t put out a book or a flier on how to grow trees.

He was aware of where he could take this. But he was not in a place to do it. He wasn’t surrounded by Ph.D. candidates wanting to take his every word and document what he was doing. He was living a very humble life.

I can tell you when you’re living in obscurity and the work you’re doing is primarily for yourself, there’s a kind of enforced humility there. You don’t walk around bragging about how great you are to yourself. You’re doing this for a certain amount of self-satisfaction and curiosity, how far you can take these skills you’ve developed.

And Axel never stopped exploring until his health finally necessitated he sell the property and he died within a year of doing that.

Q: How did the Tree Circus shape your career and how you grew as an architect?

A: There are many times when I look back on the work I did with the Tree Circus and I say, ‘I should not have stopped,’ that this was important work I needed to do in my lifetime. 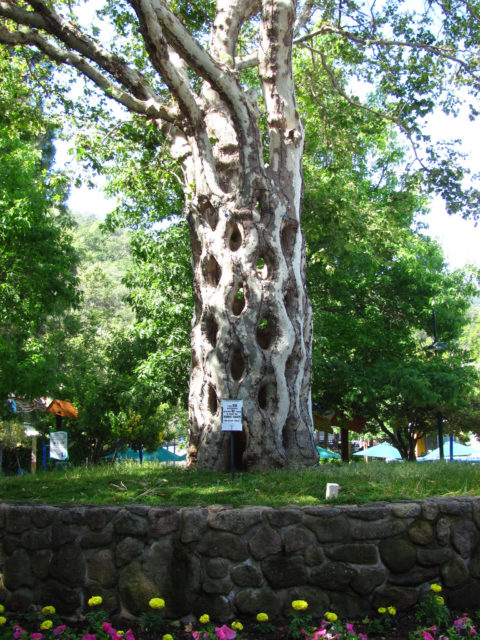