I’m celebrating the holiday over here at Adafruit by listing out 5 of my favorite science fiction TV episodes. There are so many to choose from, it’s nearly impossible to rank them sufficiently in any objective way. That’s why I’ve given up on that approach and instead chosen five of my personal faves. Check em out below and we encourage you to share and post your own favorites, too!

The Twilight Zones: The Invaders

This is one of the out-of-the-way places, the unvisited places, bleak, wasted, dying. This is a farmhouse, handmade, crude, a house without electricity or gas, a house untouched by progress. This is the woman who lives in the house, a woman who’s been alone for many years, a strong, simple woman whose only problem up until this moment has been that of acquiring enough food to eat, a woman about to face terror, which is even now coming at her from – The Twilight Zone.

When The Twilight Zone is at its best, it’s able to do so much with so little. Season 2, Episode 15: The Invaders is no exception. There’s barely any dialogue, and the plot twist is rather typical, but somehow the episode shines. For me, that’s because of the formidable Agnes Moorehead. You’ll likely recognize Moorehead – she made her film debut in Citizen Kane, played Samantha’s mischievous mother-in-law, Endora, on Bewitched, and also somehow made hypochondria enjoyable in Disney’s Pollyana. In other words, she’s a powerhouse, and having her as the lead in a Twilight Zone episode is pretty much as good as it gets.

Doctor Who: Silence in the Library

I cannot lie: the Tenth Doctor is my favorite Doctor, so it’s only natural a David Tennant episode would land on this list. Plus, the episode is full of library related humor, takes place in a library the size of a planet, and has carnivorous creatures called Vashta Nerada lurking in the shadows. This episode also excels at the creep factor, using lighting and camera angles to hint at the presence of the Vashta Nerada. It’s where we first meet River Song, played by ER‘s Alex Kingston. River Song is one of my favorite recurring roles in the whole series. So I guess I’m saying, they basically wrote this episode for me and just forgot to include the dedication to me in the opening credits.

There’s so much to love in this episode: the return of Tasha Yan, Whoopi Goldberg’s performance as Guinan, an epic Klingon attack. The episode is just so ambitious, both plot-wise and from a character perspective. It nails the time travel aspect, somehow subverting my expectations but keeping me engaged, which is especially impressive on a television show that has to explain a lot in a very short time. To be honest, I’m usually partial to episodes that give you a little more time with Geordi La Forge. However, his standout moment with Guinan in the final scene tugs just enough at my heartstrings to make this one of the most memorable episodes of TNG ever.

So in terms of quality, you could use a punch up right there. Ideally, that’s up votes from quality people. 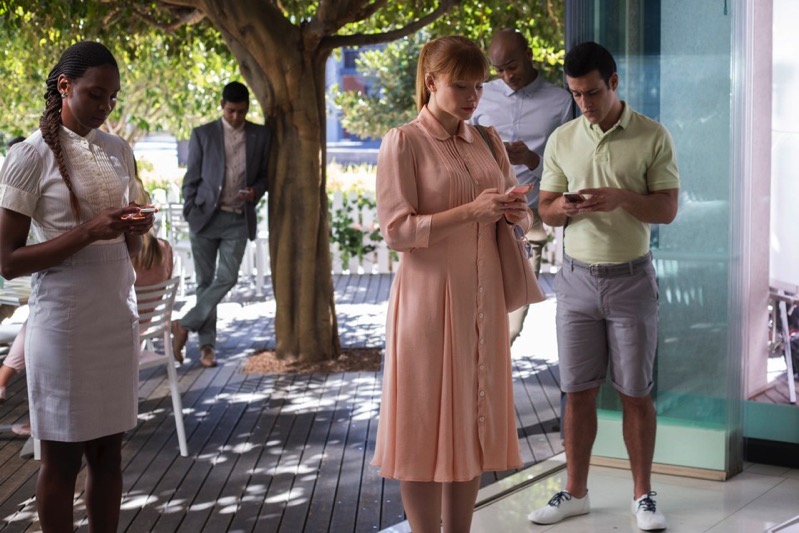 Like most episodes of Black Mirror, Nosedive might give you a panic attack. I kept pausing it, leaving the room, coming back, turning it back on, thinking about how so many aspects of technology are making my life deranged, hitting pause again, grabbing a seltzer, and coming back for more. It’s the kind of show that’s so intense, normally I’d half-ignore it and scroll through my phone. Instead, due to the show’s on-point commentary about social media, I hid my phone in the couch cushion. Bryce Dallas Howard is absolutely wonderful, Charlie Brooker’s script is excellent, and the score by Max Richter is genius; it’s impossible to differentiate the sounds coming from the phone and the sounds of the outside world. By the end, you feel real sorrow for Lacie Pound and you might even wait an extra 7 seconds the next time you reach for your phone to check Instagram, but probably not.

The Jetsons’: The Coming of Astro 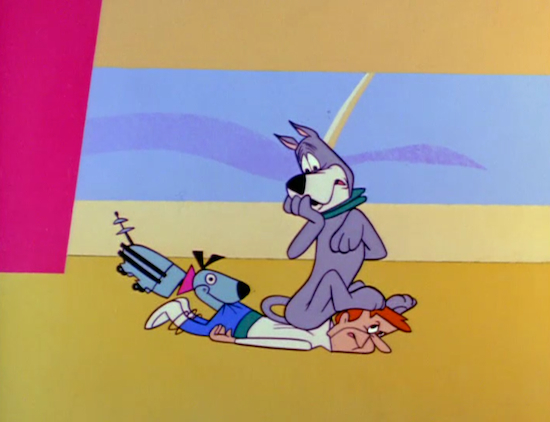 The Jetsons was the first sci-fi TV show I ever watched. I’m pretty sure I had no clue what “sci-fi” even was when I was five but I definitely knew what it felt like to want a dog, and I also knew what it felt like to have a Dad who didn’t want one. I remember watching this and empathizing with Elroy and hoping eventually my Dad would come around, too, like Mr. Jetson (spoiler alert: my parents didn’t get a dog until I was 23). Robotic pets were already a thing in the 1960s when this episode originally aired and Smithsonian Magazine has a great article that puts it all in context. Context, aside, however, I mainly love this episode because it reminds me that science fiction doesn’t have to be dark and scary (even if most of the time it is and that’s why I love it).