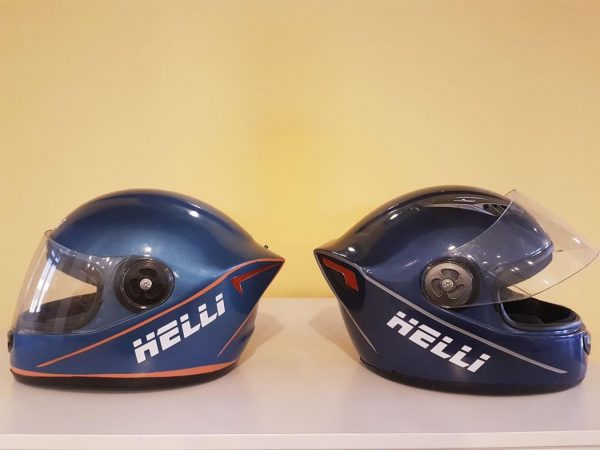 “I believe making people care about safety is going to be our biggest challenge. Right now, most helmets in Pakistan are filled with sand. No safety standards are followed,” said Syed, who is 30.

Even if a person buys the helmet and it works as intended, ambulance response times in Pakistan are long. One study published in 2010 found that only 30 percent of patients reached the emergency room within an hour, while the average delay from injury to hospital was 4.7 hours, which raises the question: How effective can the HELLI truly be if the infrastructure it relies on is weak?

The concept of a smart helmet isn’t entirely novel. In 2013, Marcus Weller started an Indiegogo campaign for a digital helmet known as Skully. The high publicized crowdfunding campaign raised over $2.4 million, suggesting a strong demand. At over a $1,000 for a helmet, about 3,000 units were ordered but fewer than 200 were delivered due to delays and internal problems in the company. In 2016, Skully officially shut down its Silicon Valley headquarters and filed for bankruptcy.

The demand for Skully, at about ten times the price of the HELLI, suggests a strong market for a digital helmet in North America. With recent news that Skully is coming back from the dead, and with HELLI trying to build its customer base in Pakistan, both helmets may just hit the shelves around the same time.