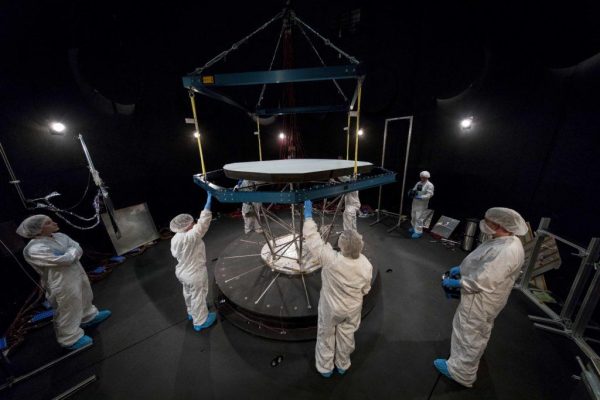 By this time next year, NASA’s Parker Solar Probe will have launched and made its its first pass within 4 million miles of the Sun, closer than any spacecraft in history.

Before it’s launched, however, the Parker Space Probe needs to undergo some serious environmental tests to make sure it can handle the heat. So for the last two months, NASA engineers have used huge speakers, massive ovens and a laser array in an attempt to break the spacecraft.

The Parker Solar Probe has been under development for 8 years, but starting in November, NASA engineers began subjecting the craft to environmental tests, which are the true measures of how the craft will perform in space.

The first test was a vibration test at the John Hopkins Applied Physics Laboratory in Maryland, which involved shaking the probe intensely to ensure it could survive the rigors of launching atop a Delta IV Heavy rocket.

Next, it was moved to NASA’s Goddard Space Center, where it was blasted with a suite of 6-foot tall speakers that reached sound levels of 150 decibels. This is about what the probe will experience during lift off on the Delta Heavy.