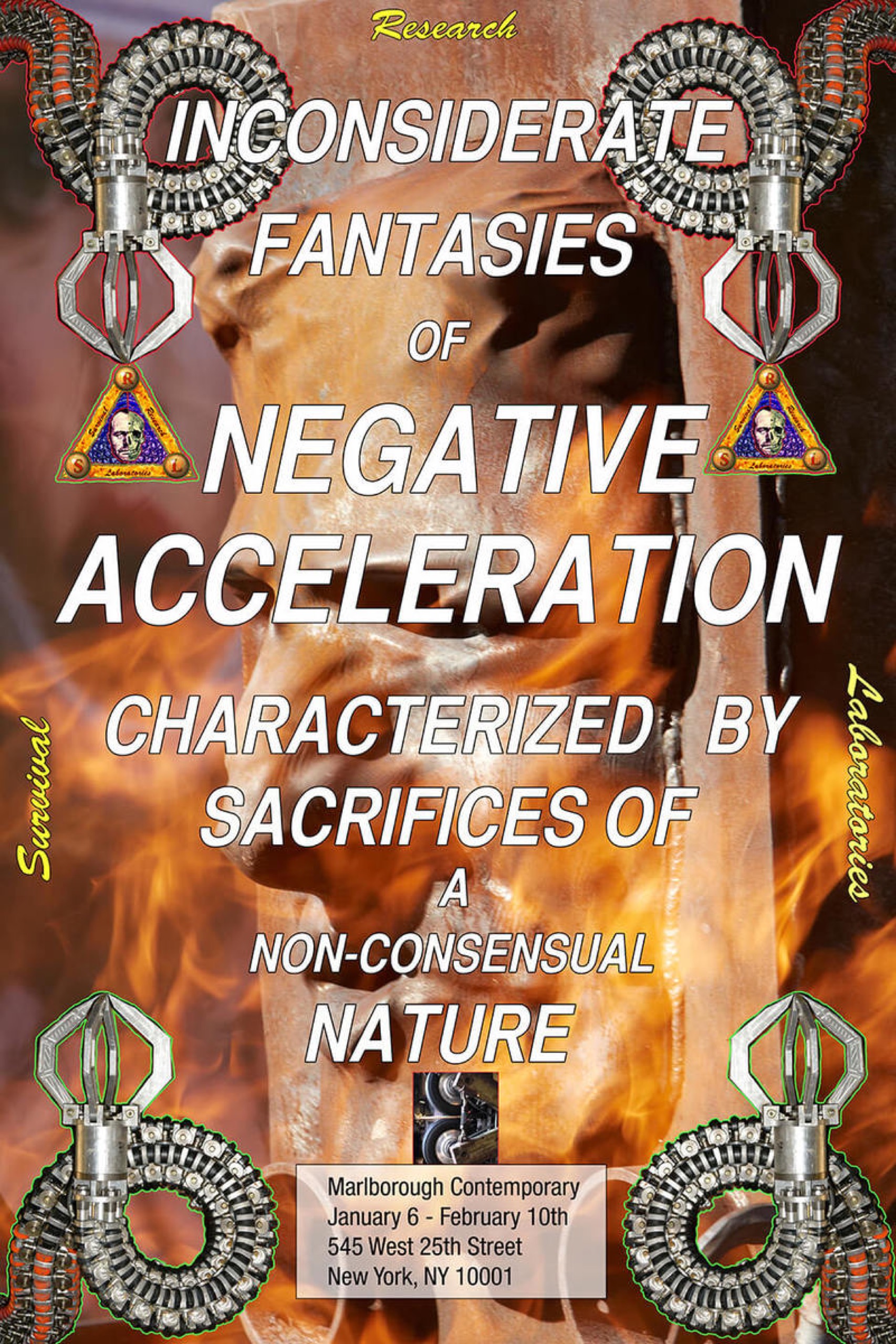 Marlborough Contemporary, New York is pleased (and slightly nervous) to present Inconsiderate Fantasies of Negative Acceleration Characterized by Sacrifices of a Non-Consensual Nature by the legendary Survival Research Laboratories. The exhibition, the first solo presentation by SRL in a commercial gallery, comprises eight kinetic sculptures dating from 1986 to the present, along with video documentation of past performances in which these machines were engaged.

Arising from San Francisco’s emergent technological revolution in the late 1970’s, SRL—an amorphous crew of indeterminate number led by the visionary Mark Pauline—can be seen to represent a robust counterpoint to the convenience app and frictionless capitalism that Silicon Valley has enabled. While the tech sector has naturally moved toward smaller, faster and cleaner Pauline has maintained a visceral, humanized vision of machines. His robots are built from raw and battered steel and lurch, shudder and smash rather than gliding effortlessly. They are inefficient and fallible, and sacrifice themselves as readily as they destroy.

Historically, the machines have been made from purloined and available materials (“Obtanium” in SRL parlance) beginning with simple bottling automation mechanics from a defunct brewery and extending to Oculus Rift. The Spine Robot, a trunk-like appendage with a claw and whose hyper-articulated movement is enabled by of-the-moment carbon fiber cable, is operated remotely and can grasp objects with a surprising delicacy.

Other works eschew technological nitpicking for sheer displays of power. The Pitching Machine, for example, employs a 500 cubic-inch Cadillac Eldorado engine, linked to a sequence of spinning tires, that is capable of hurling a standard two-by-four at speeds up to 200 miles per hour. Violence and danger are materials in Pauline’s work, and fear is often a reasonable response. The artist and viewer collectively amplifying and refracting the American Way.

Already a hero in the global counterculture, and an inspiration to generations of influential thinkers from William Gibson to WIRED Magazine, Mark Pauline has been historically less visible within the art world. This exhibition aims to emphasize the raw power and beauty of the sculptures as objects that we can now safely inspect. Here, their intricate, complex construction and menacing design is temporarily in repose, while daring to dream of roaming a respectable sculpture park near you.

Survival Research Laboratories was conceived of and founded by Mark Pauline in November 1978. Since its inception SRL has operated as an organization of creative technicians dedicated to re-directing the techniques, tools, and tenets of industry, science, and the military away from their typical manifestations in practicality, product or warfare. Since 1979, SRL has staged over 55 mechanized presentations in the United States, Europe and Asia. Each performance consists of a unique set of ritualized interactions between machines, robots, and special effects devices, employed in developing themes of socio-political satire. Humans are present only as audience or operators. 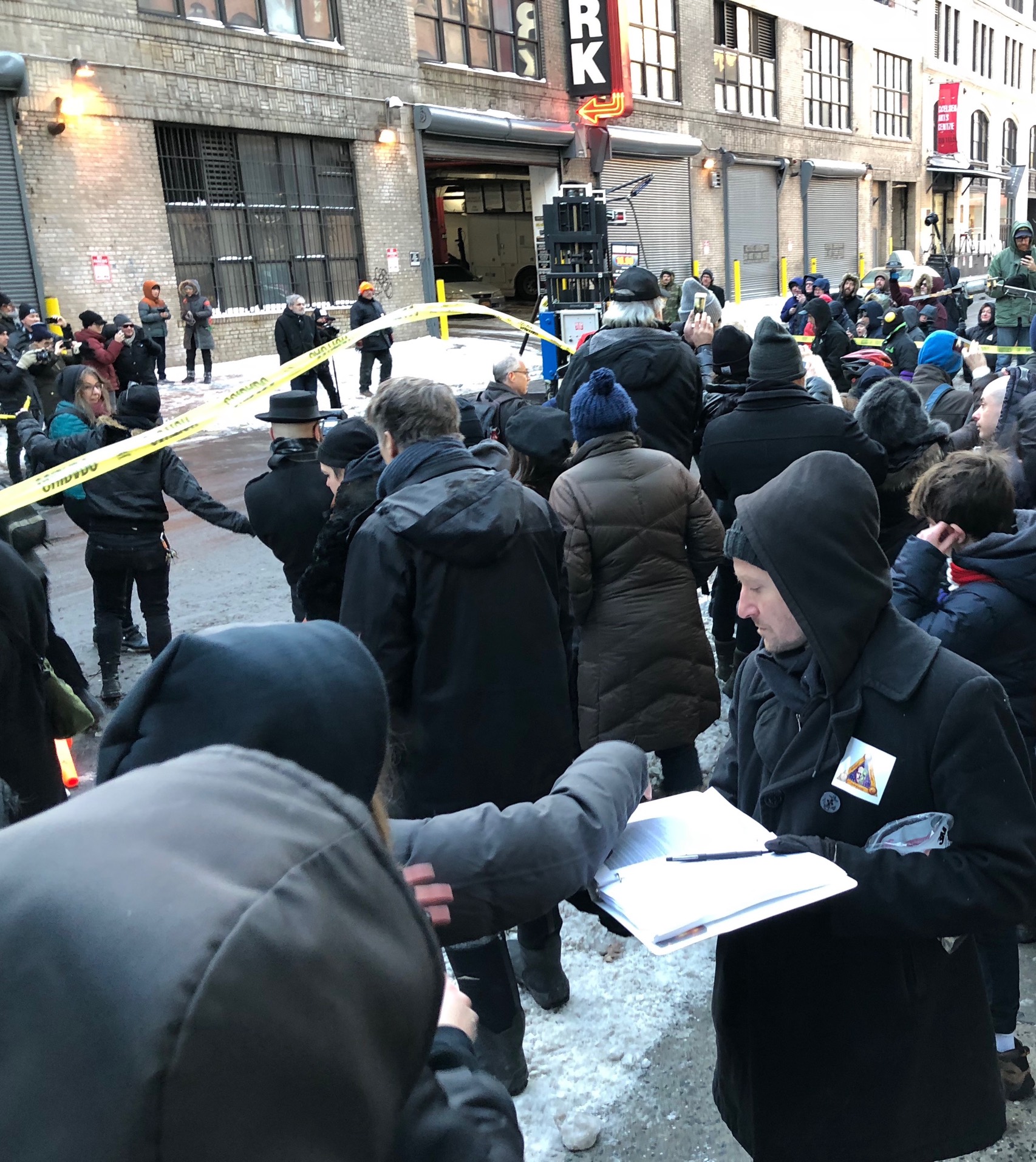 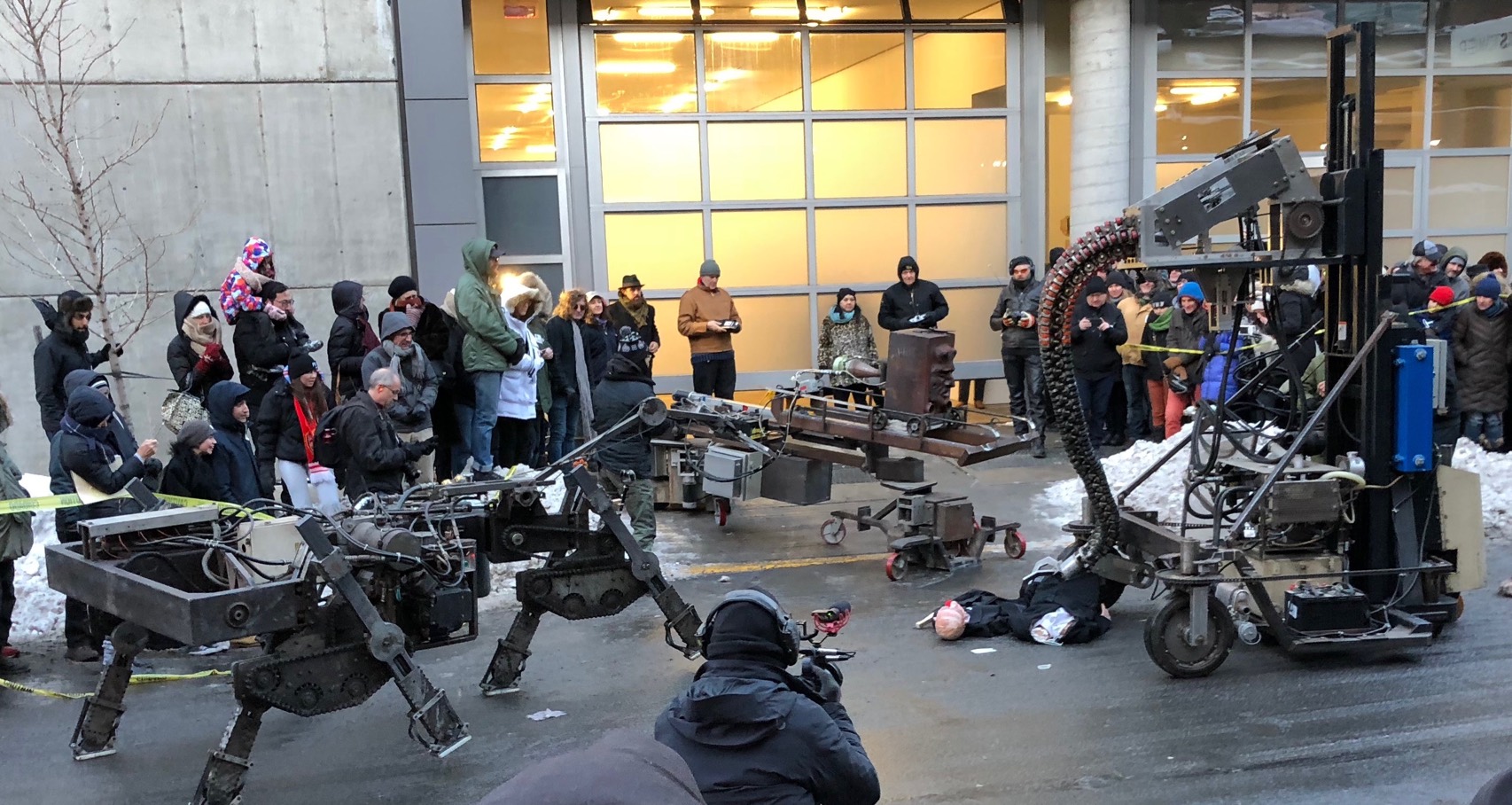 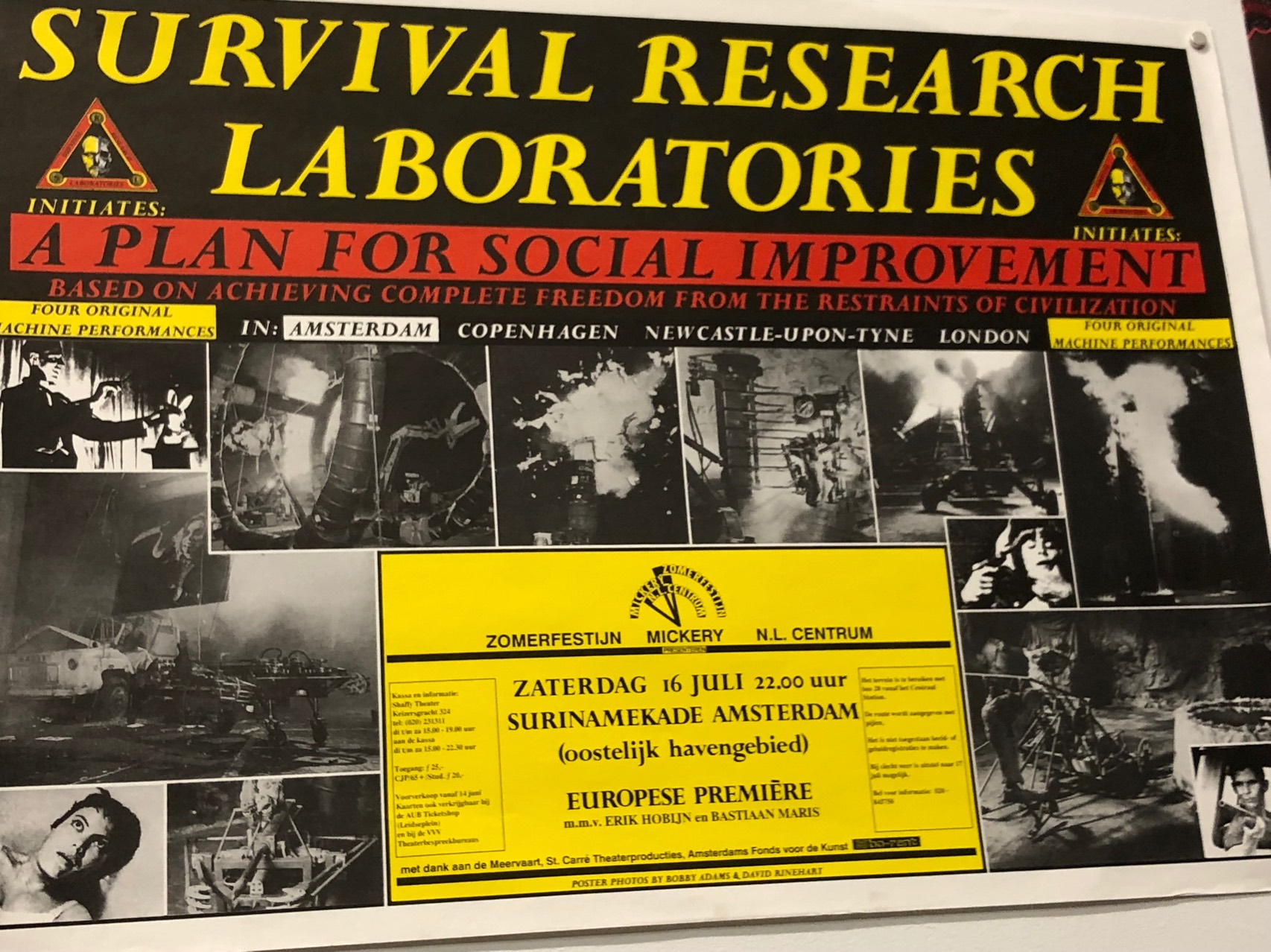 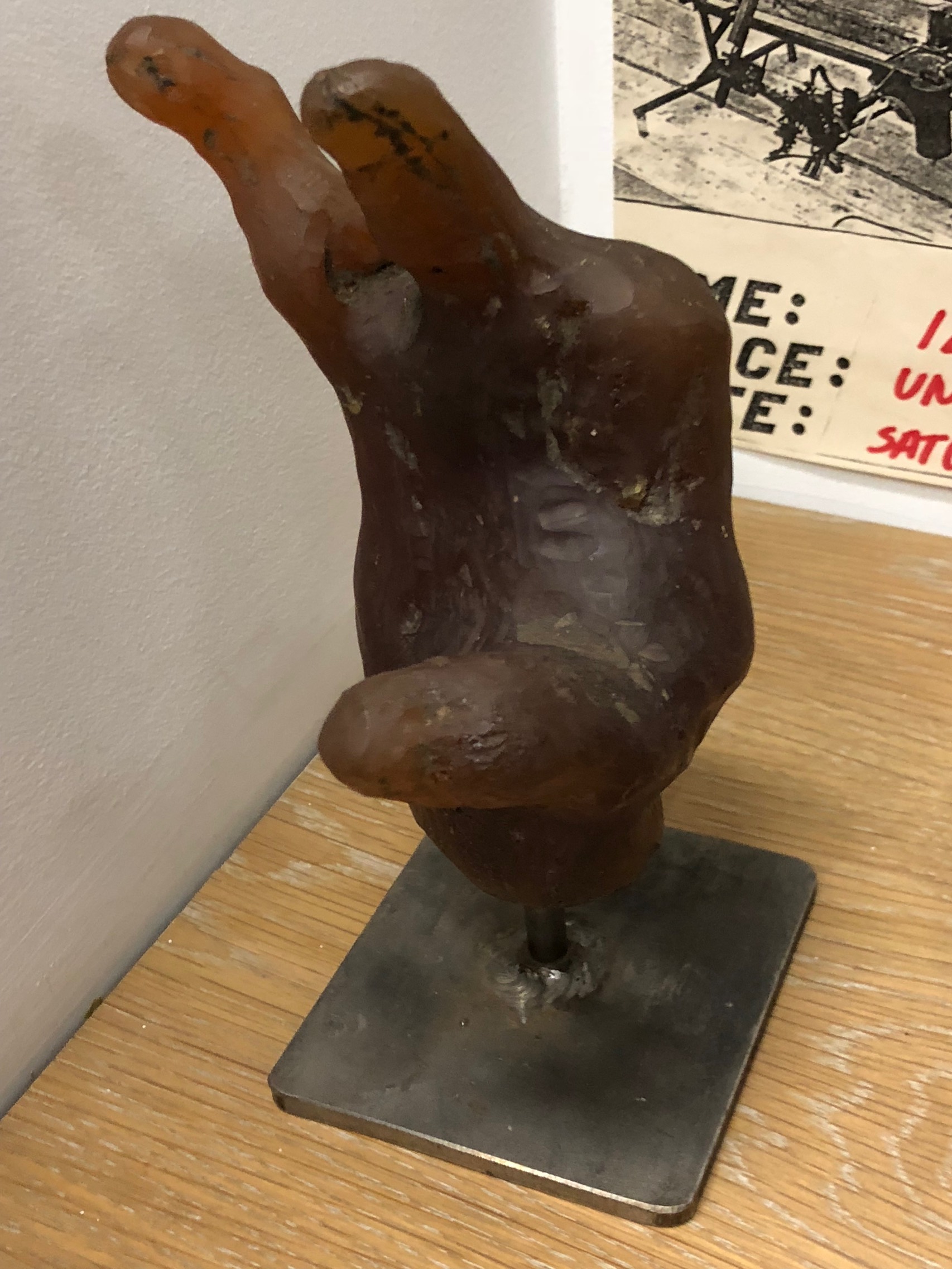 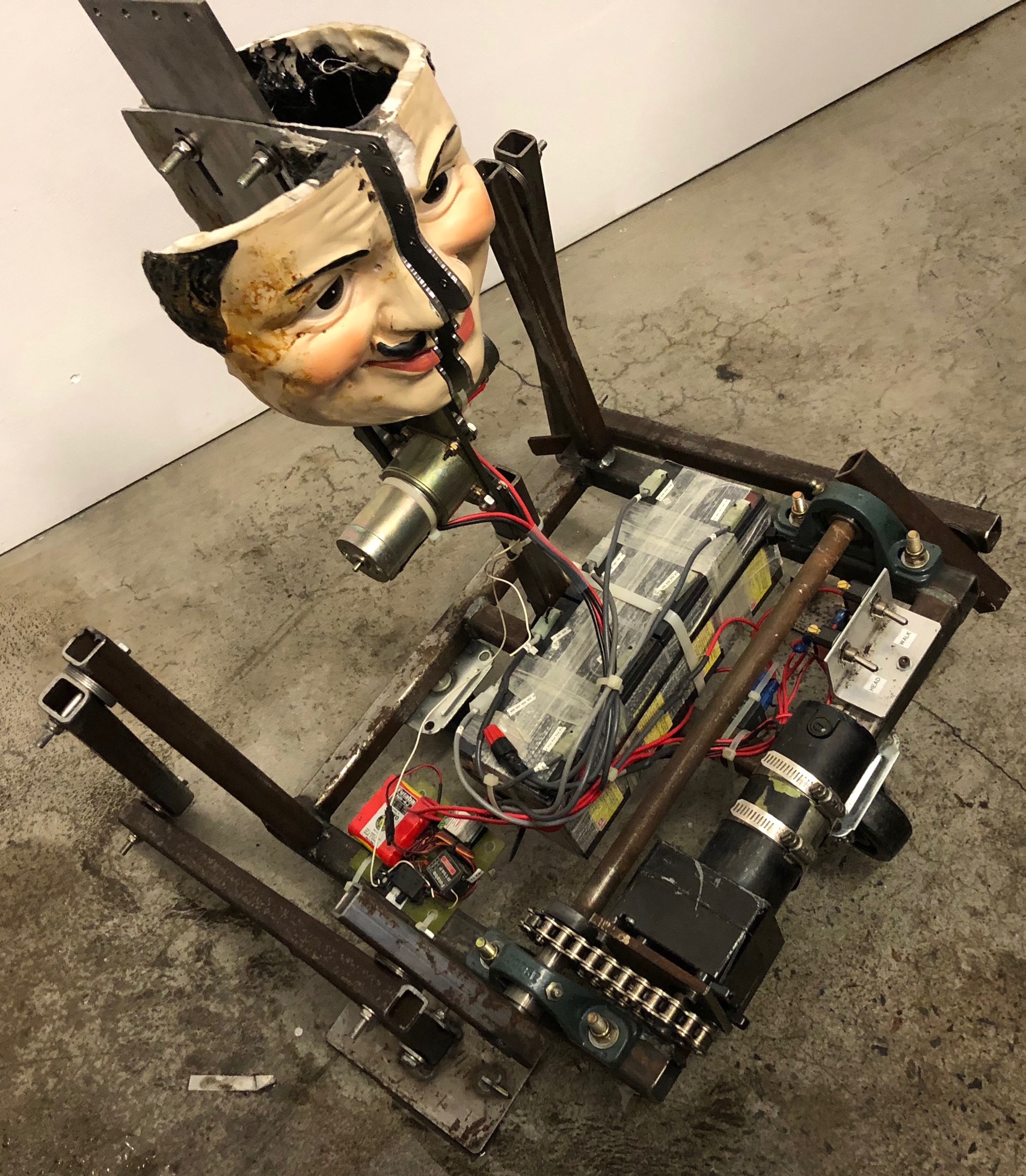 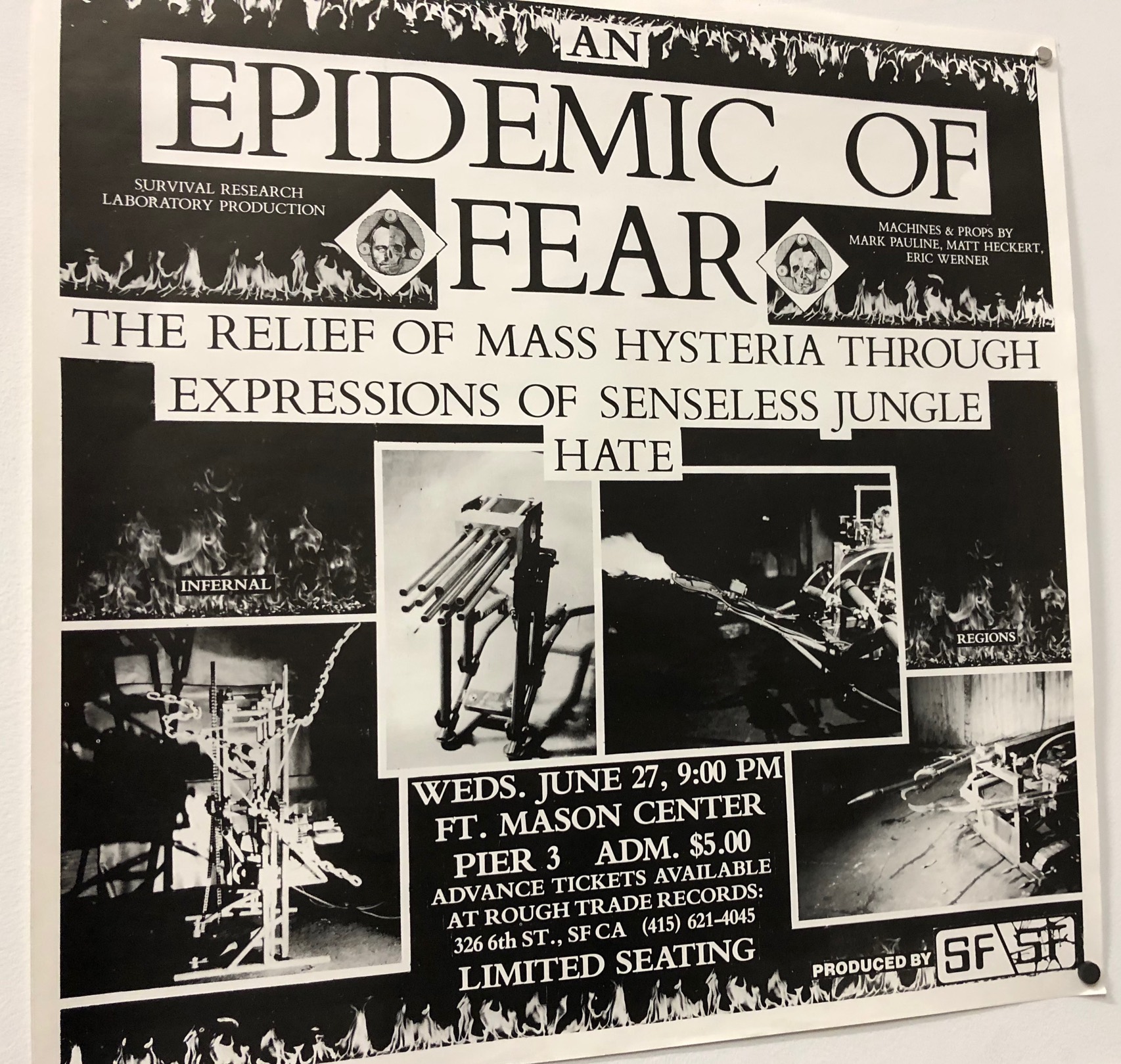 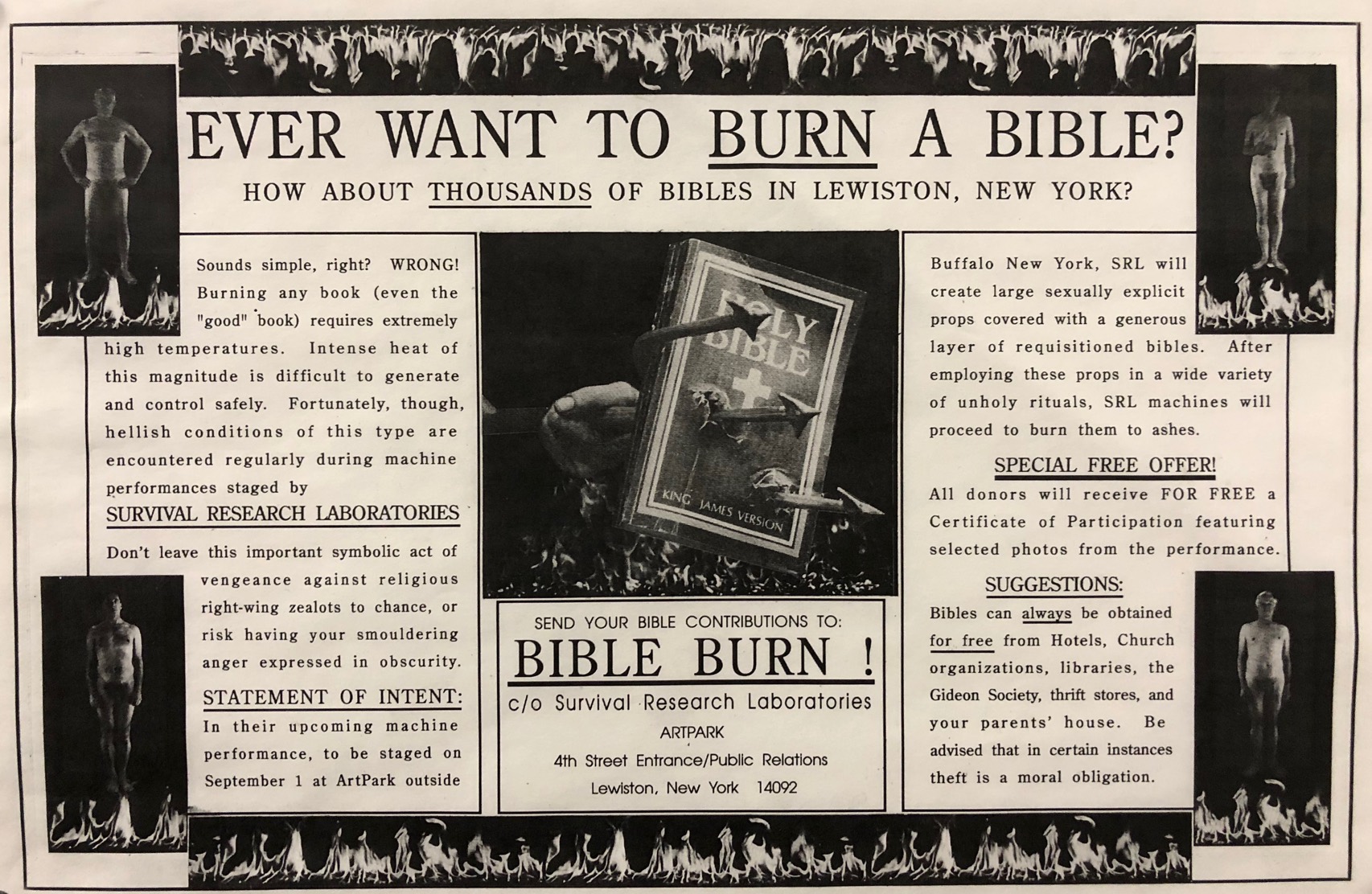 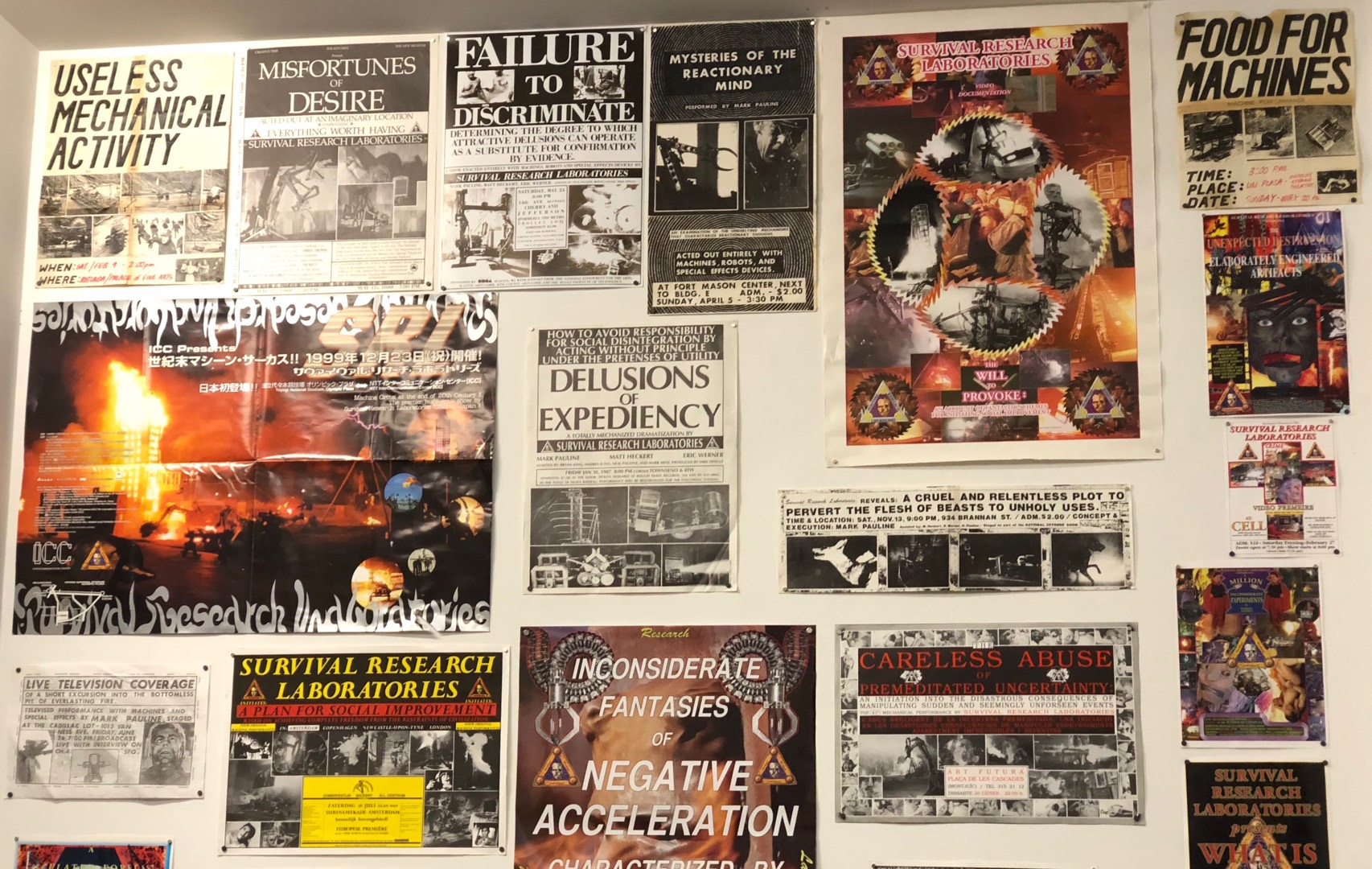 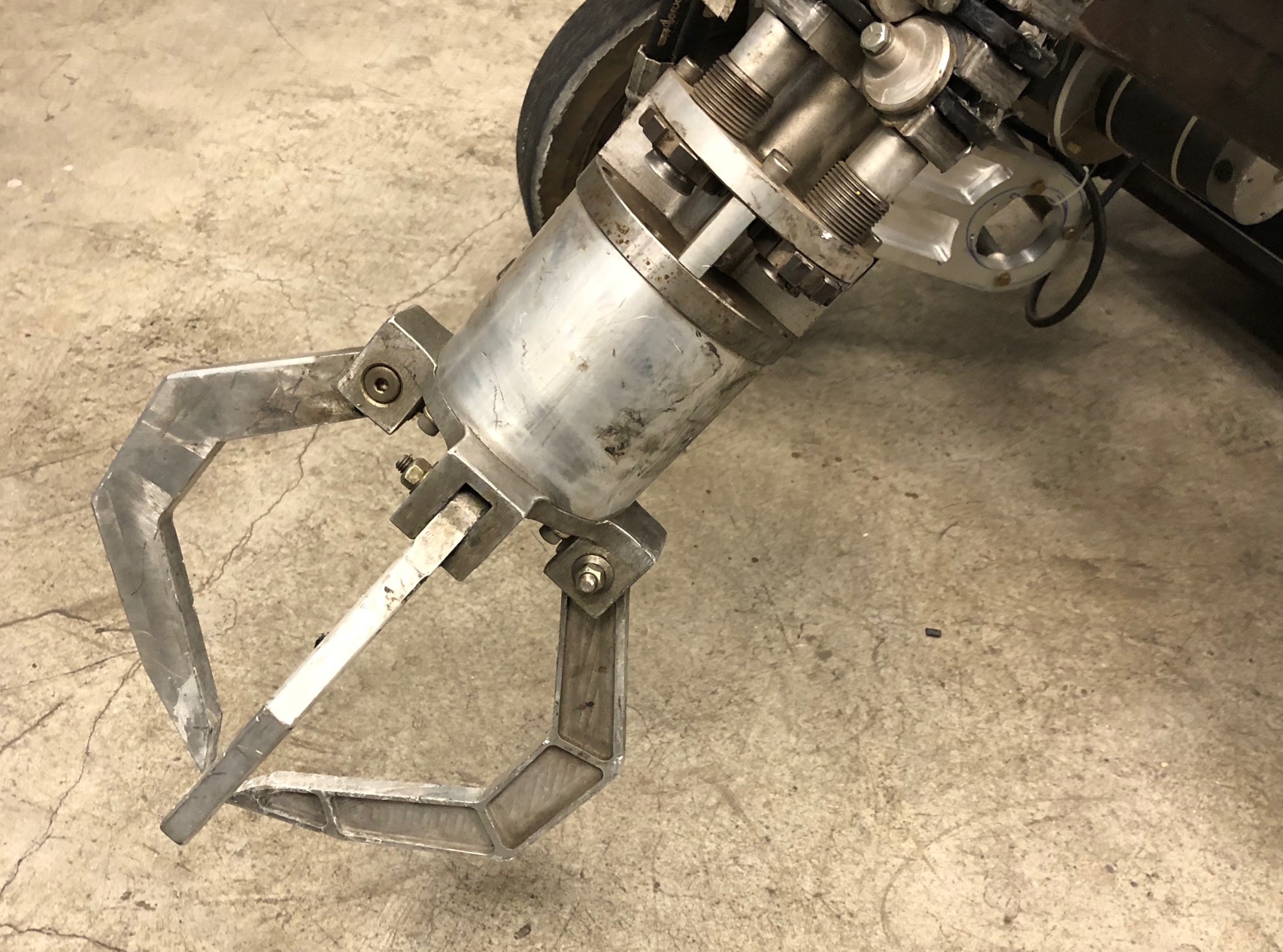 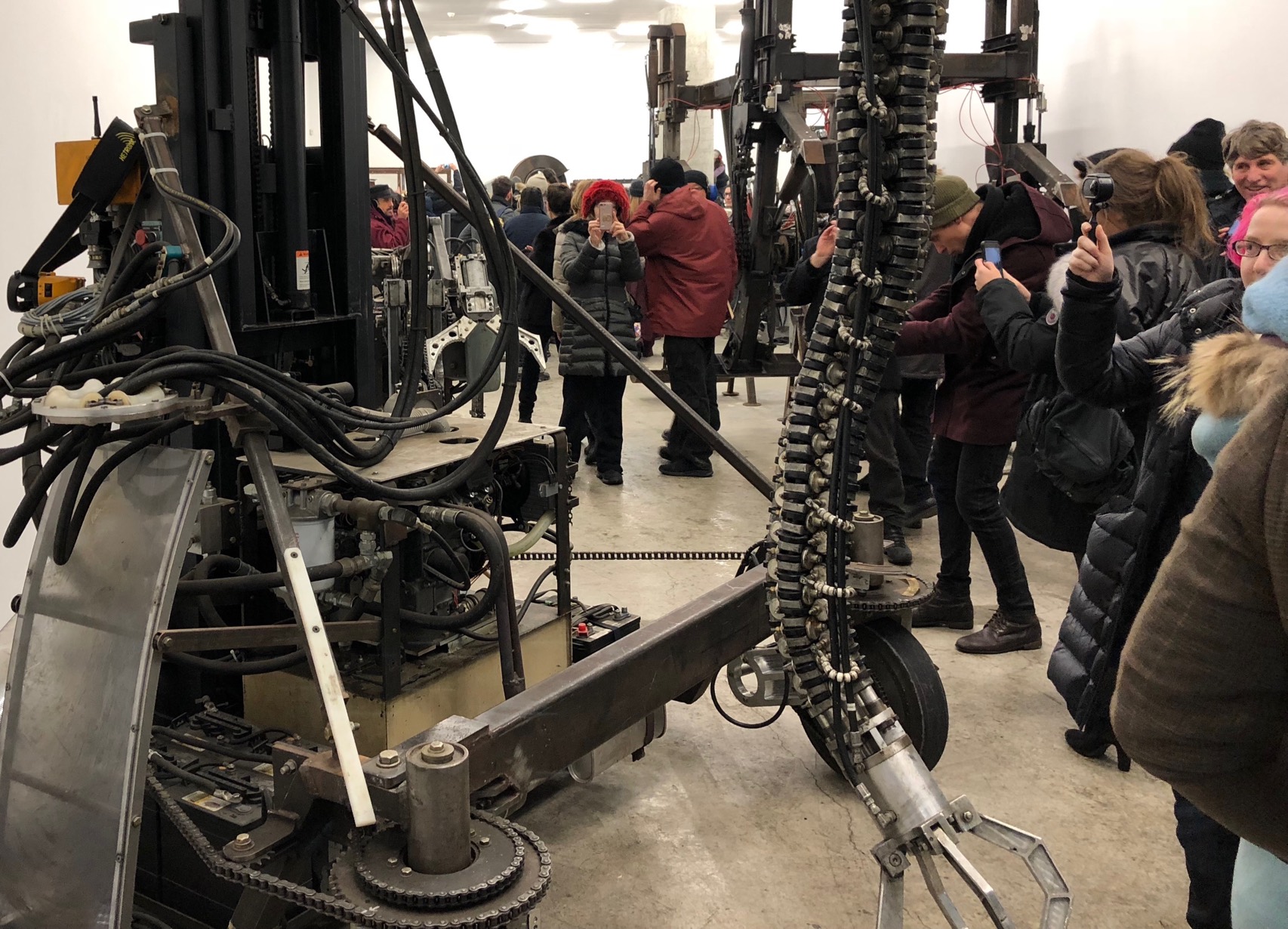 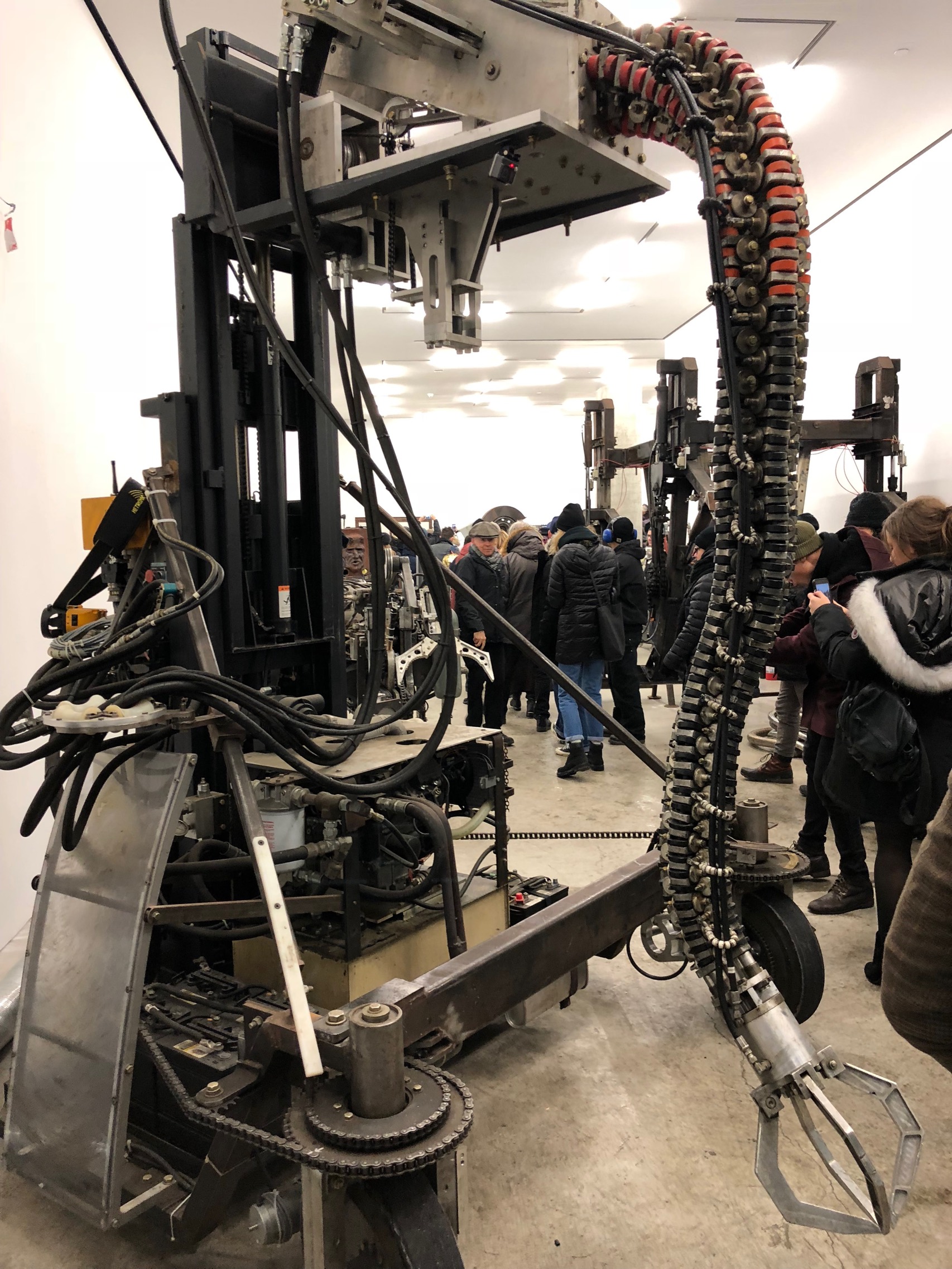 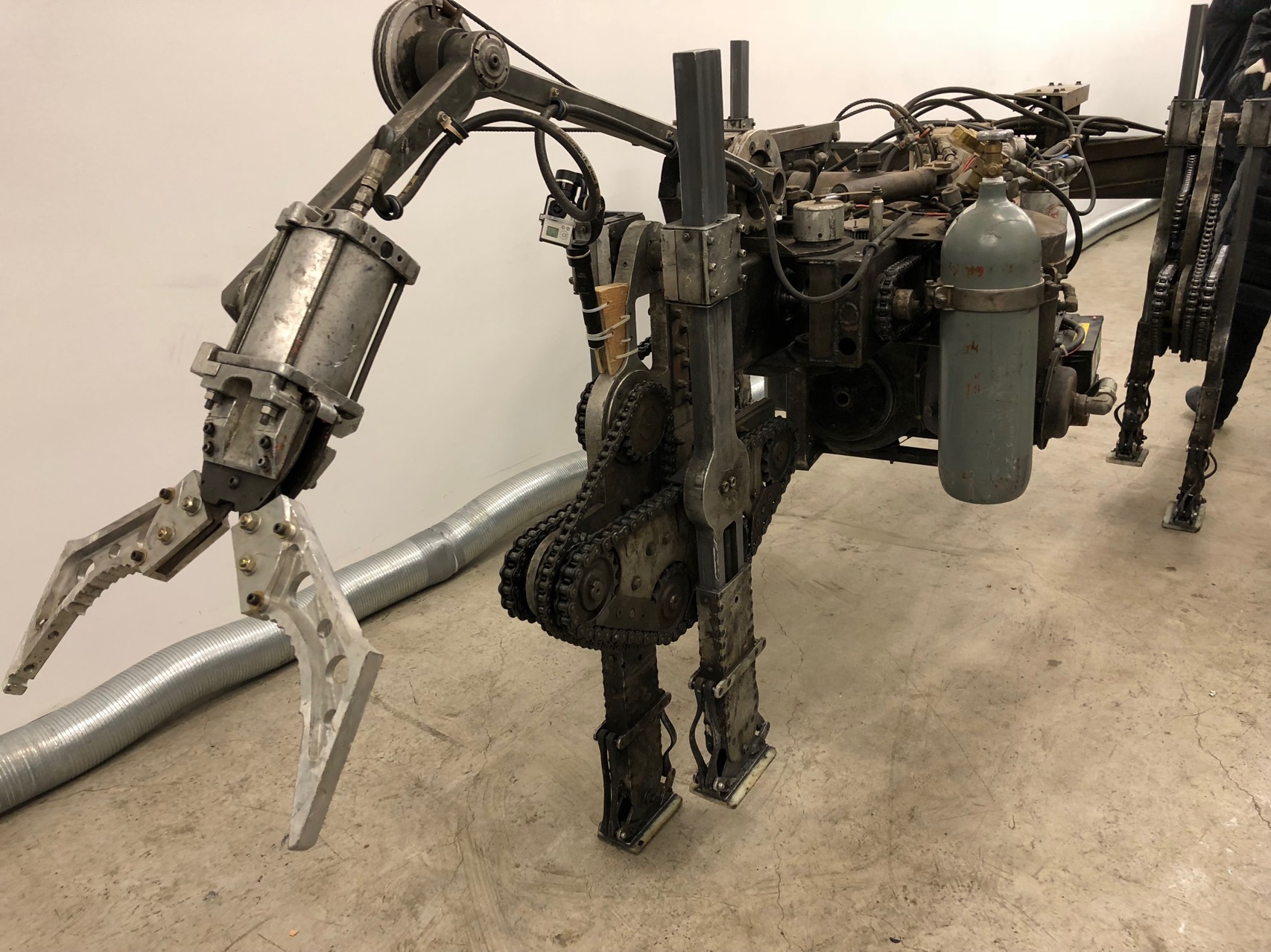 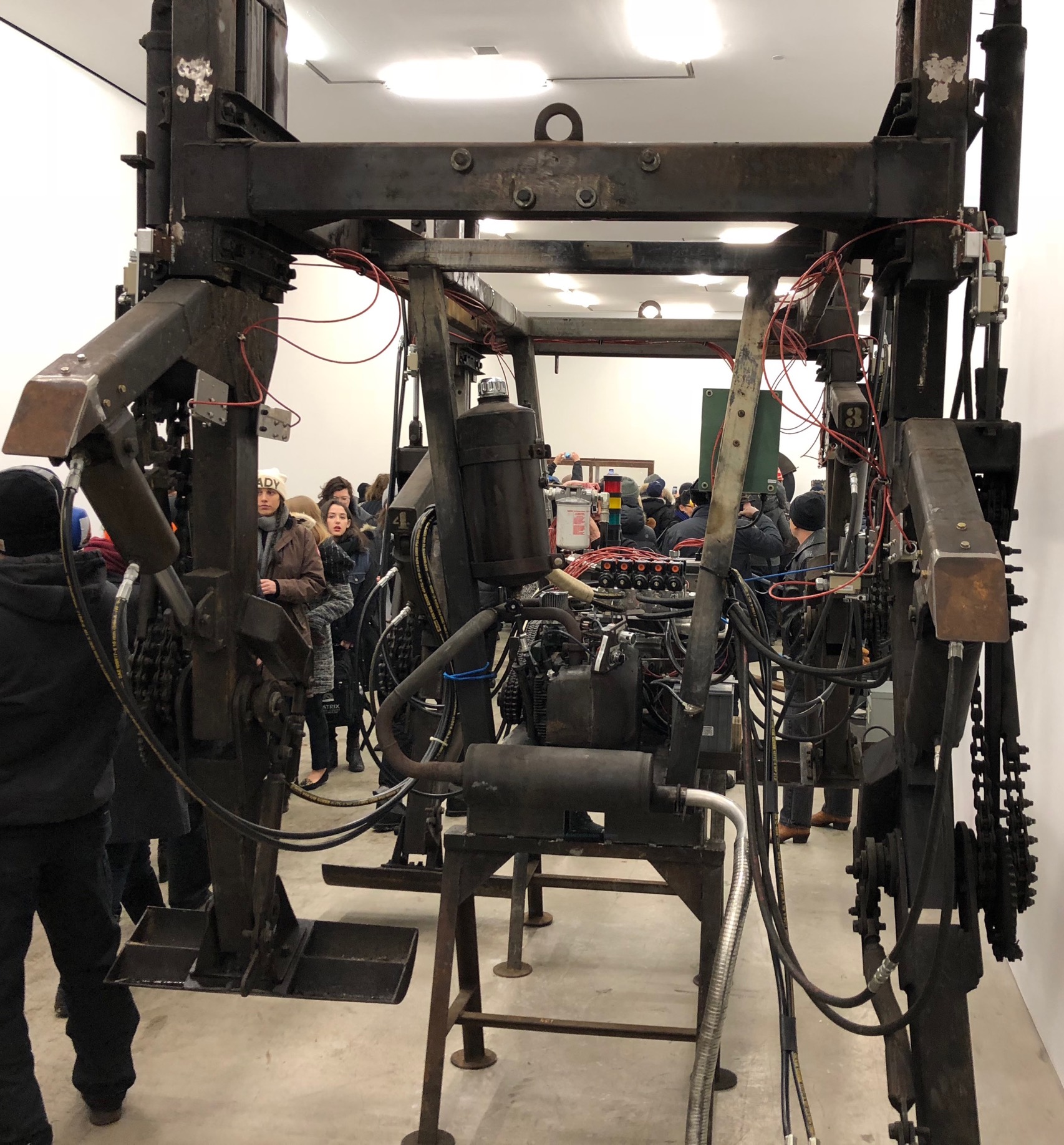 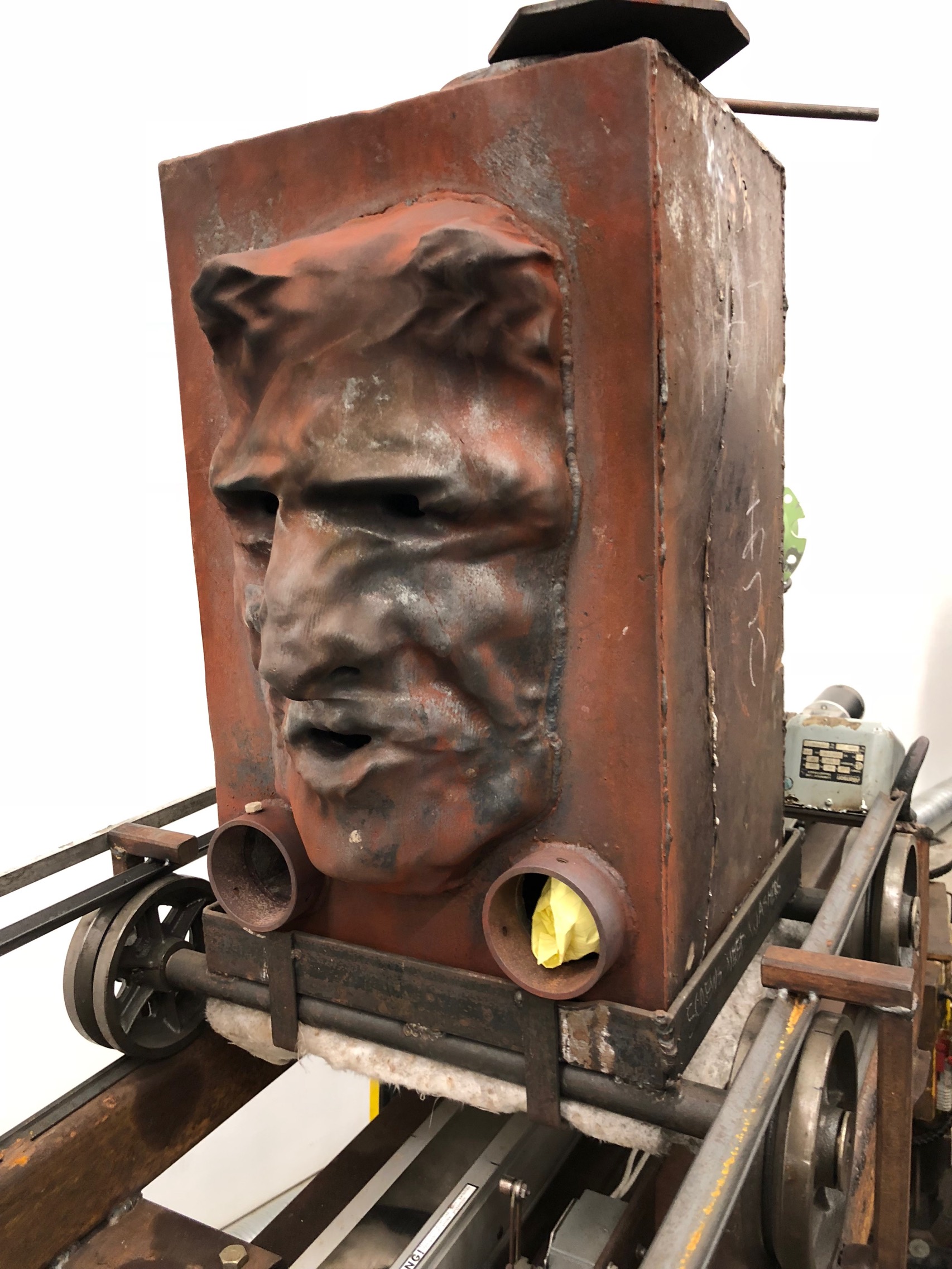 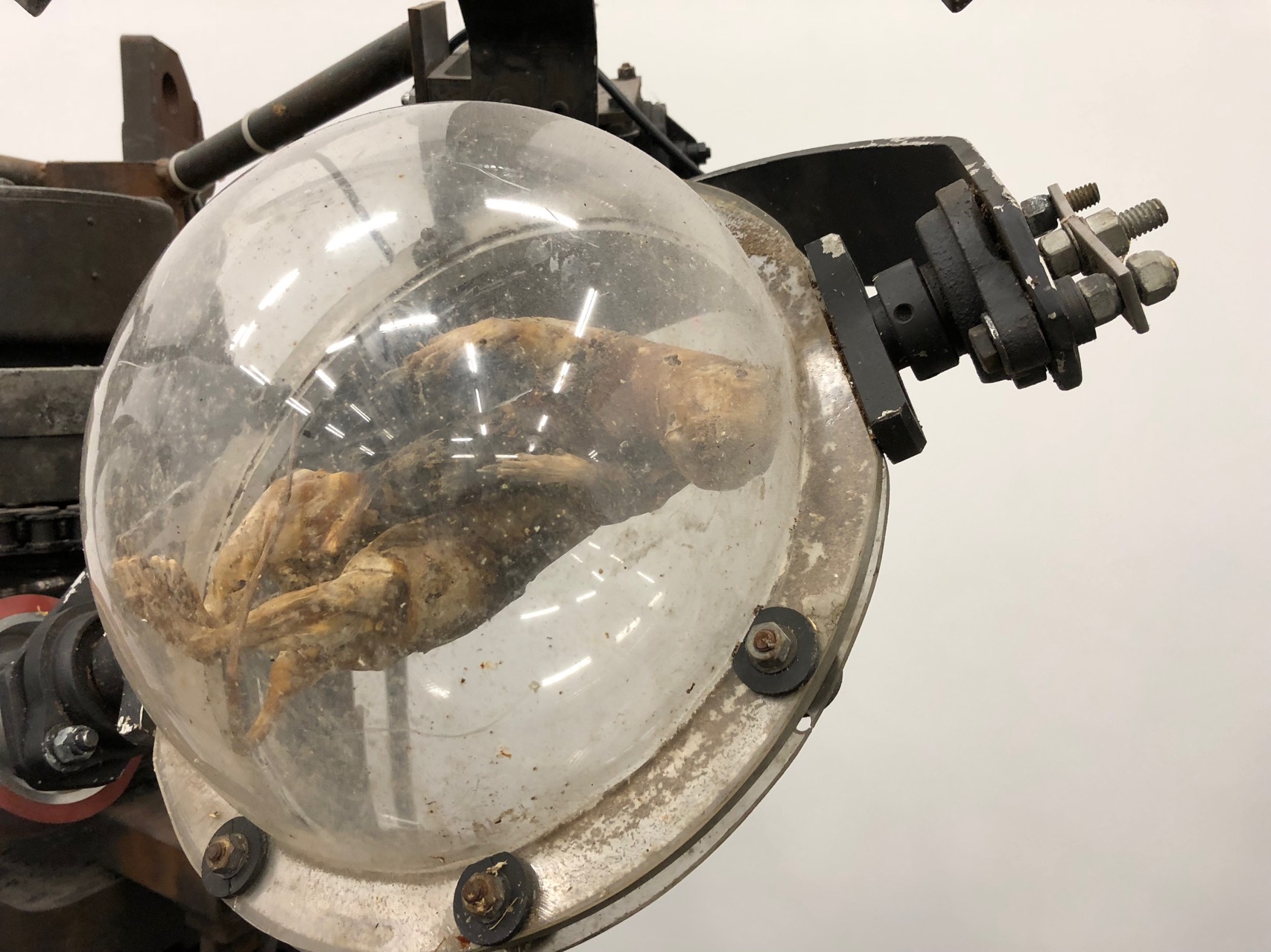 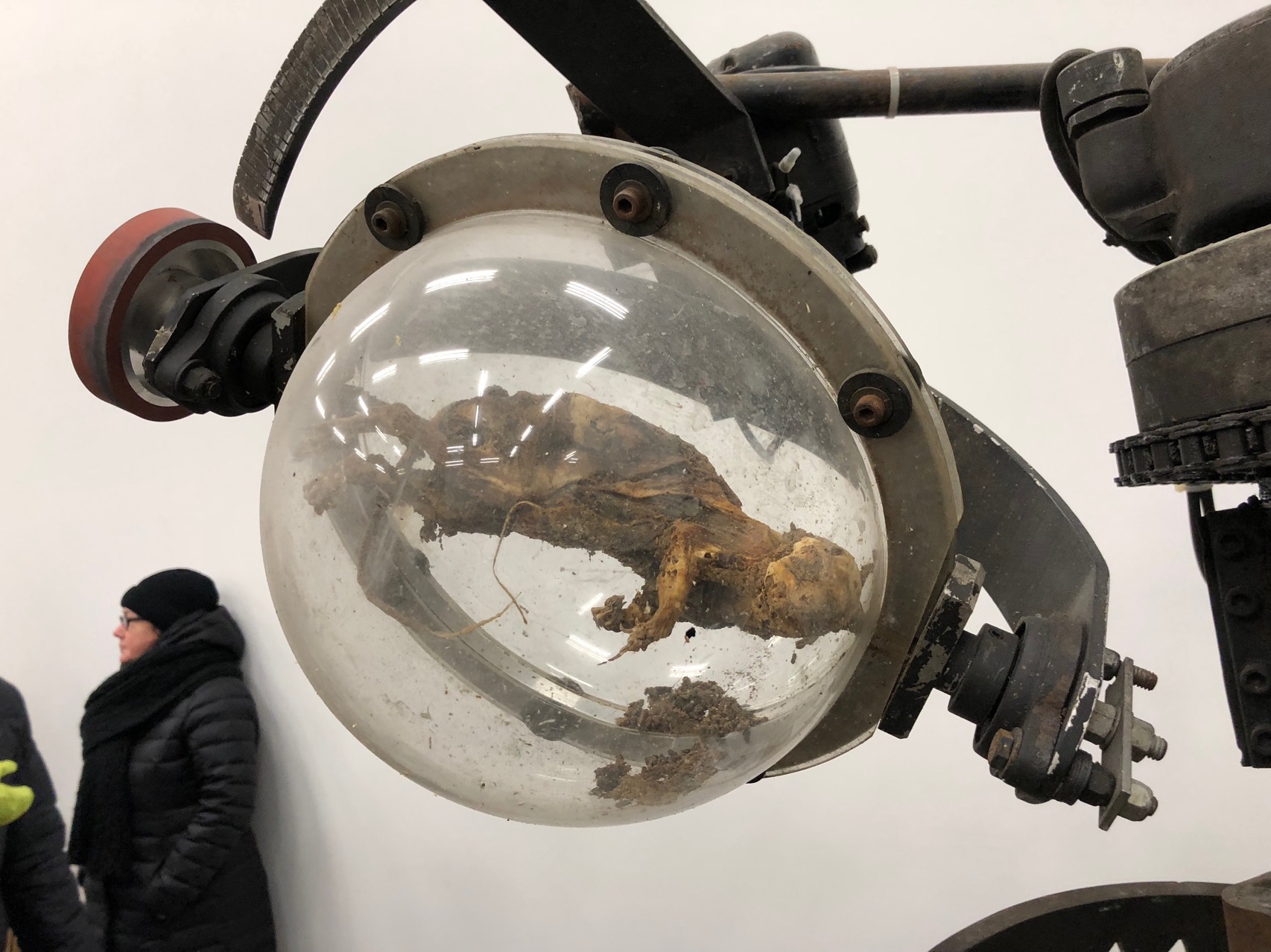 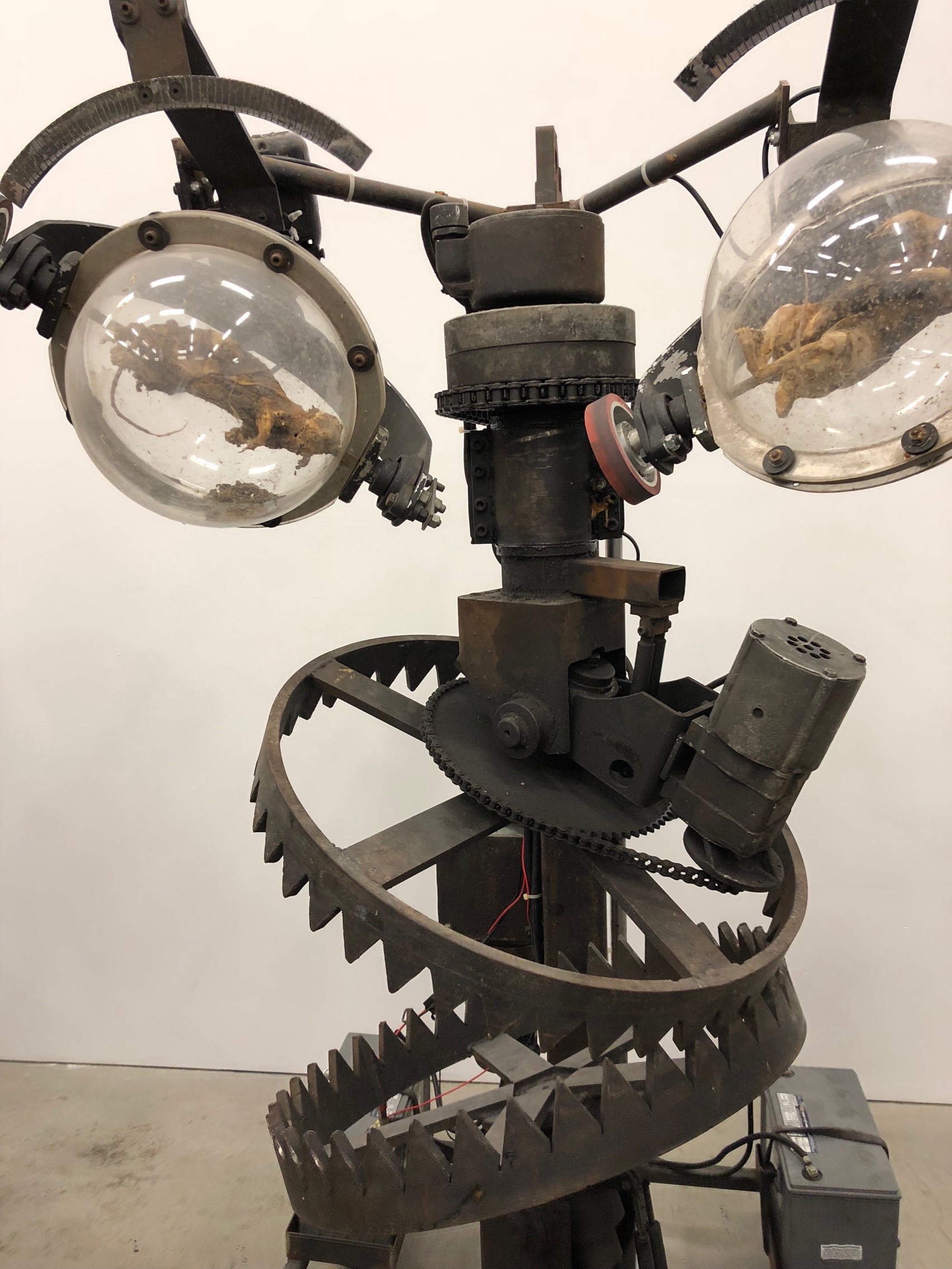 Outside – 360 video, click and drag and/or use the circle-nav, if you’re on a mobile device or VR, look around or move your phone around.

Inside – 360 video, click and drag and/or use the circle-nav, if you’re on a mobile device or VR, look around or move your phone around.