Henry’s Matrix Box from Land Of The Lost 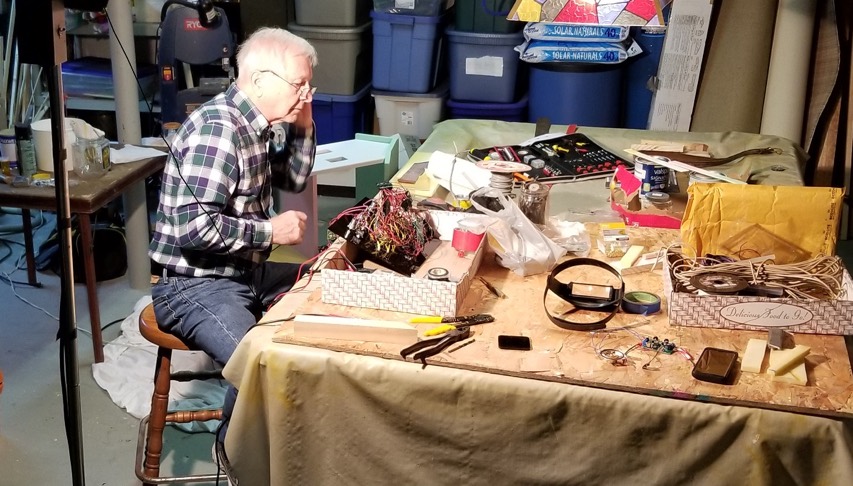 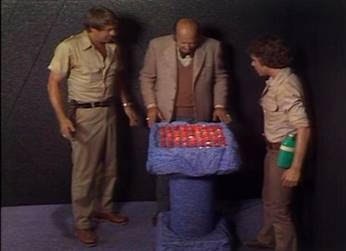 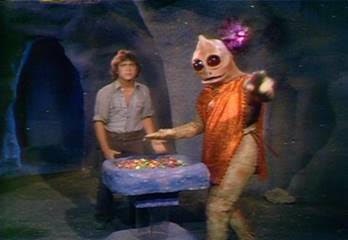 In the age of Arduino, Raspberry Pi and other microcontroller projects, it can often seem that transistors, and 555 timer chips and other things of “old school electronics” are fading away. But alas, there is still fun stuff that you can do with them.

This year my 74 year old father decided that the perfect gift for his 6 year old grandson was to make him a toy. While electronic, this toy has its roots firmly planted back in the original television series, Land Of The Lost (1974-1976), the fictional characters The Sleestakswere an alien race that had a communication device called The Matrix Table that they used to perform various functions related to communication and travel. Before Neo and Trinity donned their black coats and sunglasses, the original Matrix Table was a stone tablet with a series of crystals that lit up and blinked. The Sleestacks would move the glowing and blinking crystals around to perform various tasks. If you were into science fiction and a 6 year old in 1976, that was the coolest thing ever, and it still is today.

With a firm plan and a vision in mind, my dad picked up his wood working tools, a soldering iron, some LED,s Transistors and other components and went to work in mid-November to build the 2017 equivalent of a Matrix Table.

Using nothing but LED’s, Resistors, Capacitors, 555 Timers, some wood and wire, the 2017 Matrix Table was born, and named “Henry’s Matrix Box”. Henry loves keys, so instead of just toggle switches to make things work, keys were added to make things even more fun. The Matrix Table isn’t for sale, and I didn’t log the building to make an Instructable, I’m just posting it here for those in their 40’s that may remember the original Land Of The Lost and have been fans of the Sleestaks and their Matrix Table as well as old school electronics DIY projects. This year, Henry’s favorite toy was a home-made Matrix Table soldered together with love from his grandfather. I hope you enjoy the video and get inspired to make your own project in 2018.