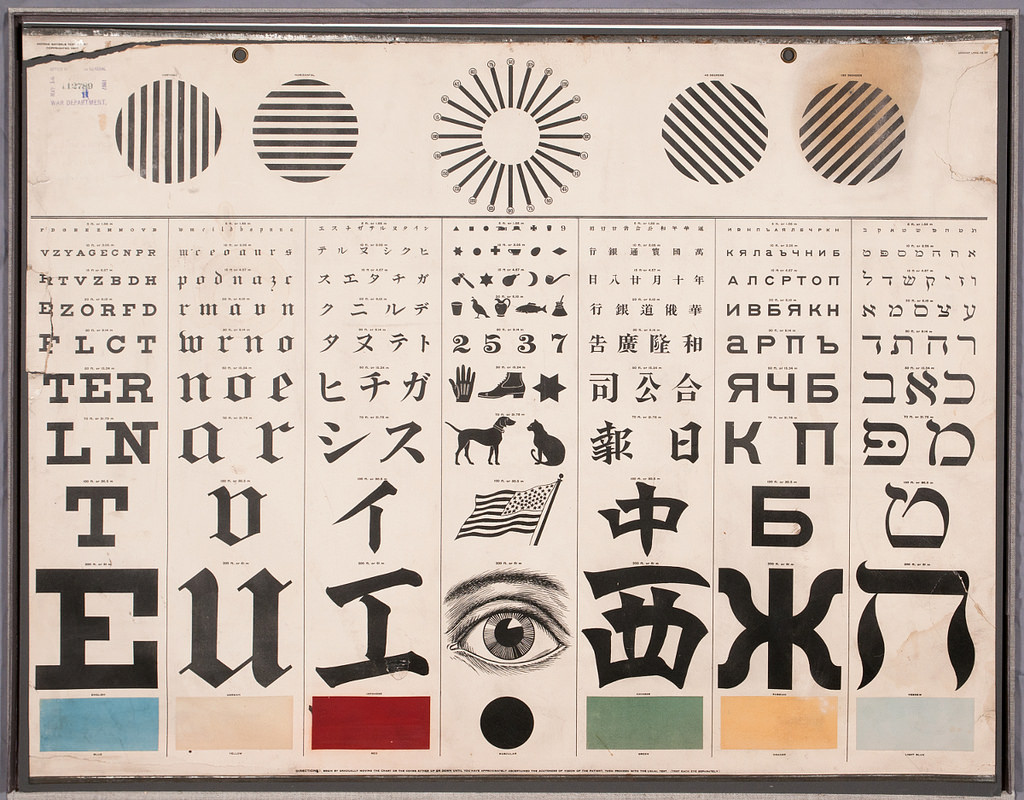 I love that this chart – made by a German-born optometrist – contains multiple alphabet and logogram styles. This allowed patients of various language capabilities indicative of the inhabitants of late 19th c./early 20th c. San Francisco in which the doctor worked to get a proper eye exam – while also allowing anyone who didn’t speak (or read!) one of the common languages shown to use the iconographic column in the middle for their exam . Spotted over at the Public Domain Review, they also quote the National Library of Medicine’s Stephen P. Rice:

Running through the middle of the chart, the seven vertical panels test for acuity of vision with characters in the Roman alphabet (for English, German, and other European readers) and also in Japanese, Chinese, Russian, and Hebrew. A panel in the center replaces the alphabetic characters with symbols for children and adults who were illiterate or who could not read any of the other writing systems offered. Directly above the center panel is a version of the radiant dial that tests for astigmatism. On either side of that are lines that test the muscular strength of the eyes. Finally, across the bottom, boxes test for color vision, a feature intended especially (according to one advertisement) for those working on railroads and steamboats.

Brilliant! I wish I could find out more about the railroad and steamboats color indicators!