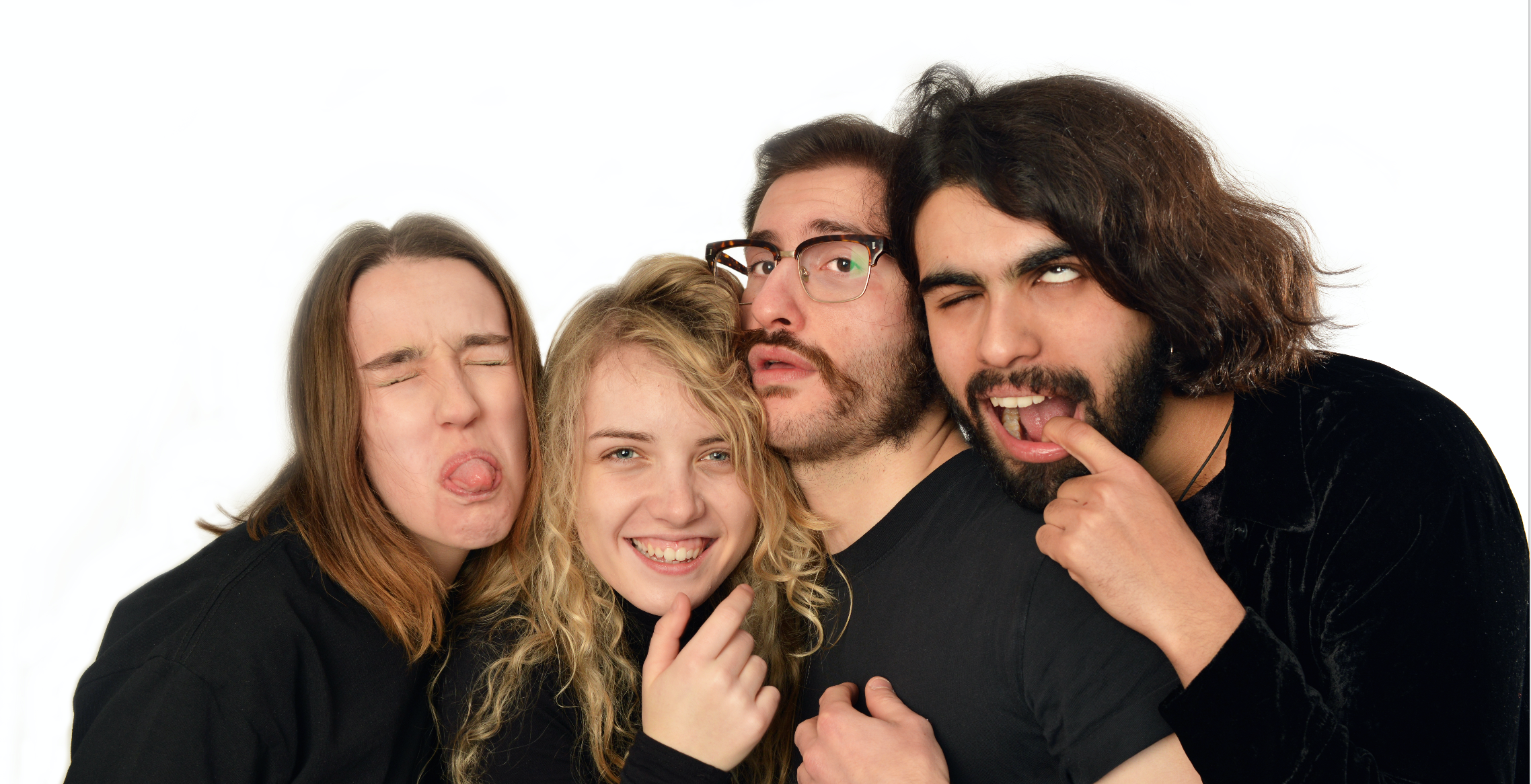 Daisy Edwards is a multi-instrumentalist and producer from the UK who is currently working with a number of unique musical projects. I was first introduced to her work via South London’s Alex Chilltown, who have been “over-sharing and underachieving since 2K13.” Edwards layers their emotional and transcendent ethereal guitar pop with gorgeous waves of synth and intricate guitar lines. But she also offers rhythm to the “minty fresh” Toothpaste, who debuted with the glistening “TV Years” single back in August. Elsewhere on the musical spectrum sits her output under the INEXUNIN alias, through which she crafts beguiling ambient noise experiments.

Edwards is a DIY musician who has found numerous ways to contribute to her scene. In addition to creating stunning art of her own and as part of collaborations, she has been able to help bring the best out of other artists as a producer too. One of the wonderful things about music is that there’s no set path to follow and no one role you’re obligated to stick to. There’s so many ways to help and so many things you can contribute, whether it’s know-how and advice, a bass line, or a composition that’s all your own. I hope her story and prolific output may inspire you to broaden your understanding of what you have to offer in your own creative life.

With Edwards having worked on such an eclectic mix of music in a wide variety of roles, she offers a great deal of experience in many different facets of music making. We thought she’d be a great person to talk to about changes in the industry, the possibilities of technology, doing things on a budget and the rise of bedroom recording.

Where are you based?
London mostly, otherwise often tearing around on trains through South East England.

What was your introduction to music?
In fear of cliche, I don’t quite remember a time it wasn’t there – my parents have always played a huge range of stuff, my uncle has been DJ-ing house for as long as I’ve known him and I started playing instruments fairly young so my entire life has just become one long exposure to as much music as possible. Though around my early teens I caught the bug for going to live shows and that ultimately set me up into realising music was all I wanted to do forever.

What have you been working on?
Alongside my strangely varied Production degree pieces (a soundart installation, post punk remixes, etc. the usual), I’m working on a record for my ambient project INEXUNIN, and a few other collaborations with artists in the experimental ambient noise world my music tends to occupy.
Otherwise, the bands I play in, Alex Chilltown and Toothpaste, are busy creating new records/singles to put out soon. And I’m always working on recording and producing stuff for new artists with whatever free time I have left (if you’re reading this, my inbox is open).

How have you seen technology as having changed the creation and consumption of music in your lifetime?
Having landed in the mid 90s it’s been quite a massive change across my life – I still just about remember owning a walkman as a kid and thinking being in a proper studio was for people with millions to spare, and in quite a short amount of time now i don’t have to carry more than my phone for listening and know more people that make music in their rooms at home than not. It’s a fairly insane progression and doesn’t seem to be stopping.

Describe your recording or production setup:
For the moment my home setup is pretty small but gets the job done – a pair of M-Audio Monitors, the classic Focusrite Scarlett 2i2 & a couple of cheap mics – most of the music comes from my MicroKorg, a Roland SE-02, a smattering of guitars (a Vox Phantom Mk V Bass is my ultimate pride & joy) and whatever weird noises I can get out of Live or Logic via a MacBook. Otherwise, most of my recording is currently done at my university studios with infinitely better expensive gear & nice Neve desks through ProTools.

Any tips for gear or customising your workspace:
As my setup would have you guessing, I’m on the poor musician end of the scale so live on the cliche of expensive gear not making you sound better – getting the best out of reasonably priced gear you’re comfortable with & owning a couple of noisy synths has mostly done the trick so far. But for an underrated dull important tip, make sure your desk height is set right (my arm is currently in an RSI bound sling).

What’s one song everybody should hear?
Brian Eno & Kevin Shields just put out a collaborative ambient dreamy shoegazey epic called ‘Only Once Away My Son’ that is a 9 minute fuzz hug for your ears and everything I wish I could ever make out of sound, so that.

Who do you think we should ask these questions next?
In London I’m surrounded by so many cool people doing great musical and technical things all that time that it’d be impossible to pick, so I’m dodging this one.

Alex Chilltown’s Eaten Up By Nothing EP is out now on Witchgirl Recordings.

INEXUNIN’s infinitely / xanreac split single with Bouquets is out now on Noise Is Therapy Records.