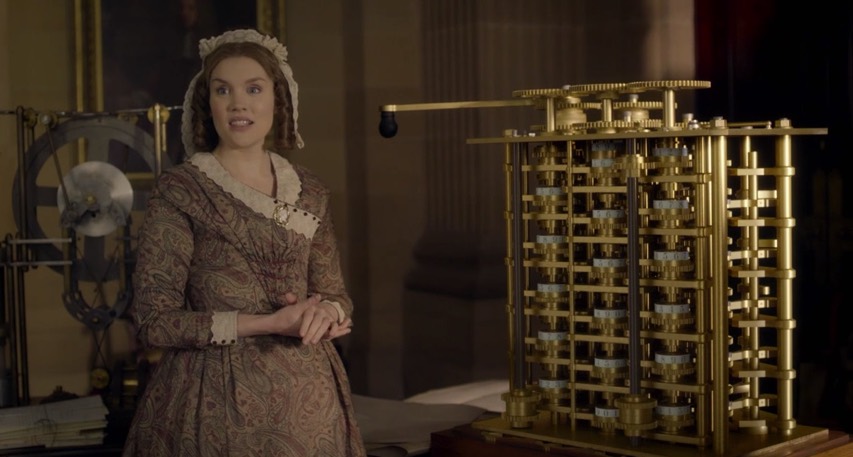 Here in the USA, the second season of Victoria premieres tonight on PBS with a double episode. In “The Green-Eyed Monster”, the emerging science of mechanical computation gains the attention of the palace early in the young queen’s reign. But it is Lady Augusta Ada Byron, Countess of Lovelace, who gets center stage, not Babbage, even to the presentation of the analytical engine. Even though she serves the drama as the female object of the queen’s unwarranted jealousy, hers is a strong, positive portrayal.

Try to catch one of this week’s airings. Not sure how this could be presented in the blog, but I hope it will be.

New mother Victoria is impatient to return to ruling, while Albert attempts to protect her from the news regarding British soldiers in Afghanistan. Victoria is pregnant again and her equilibrium is threatened by Albert’s friendship with Ada Lovelace.

Filed under: ald — by phillip torrone