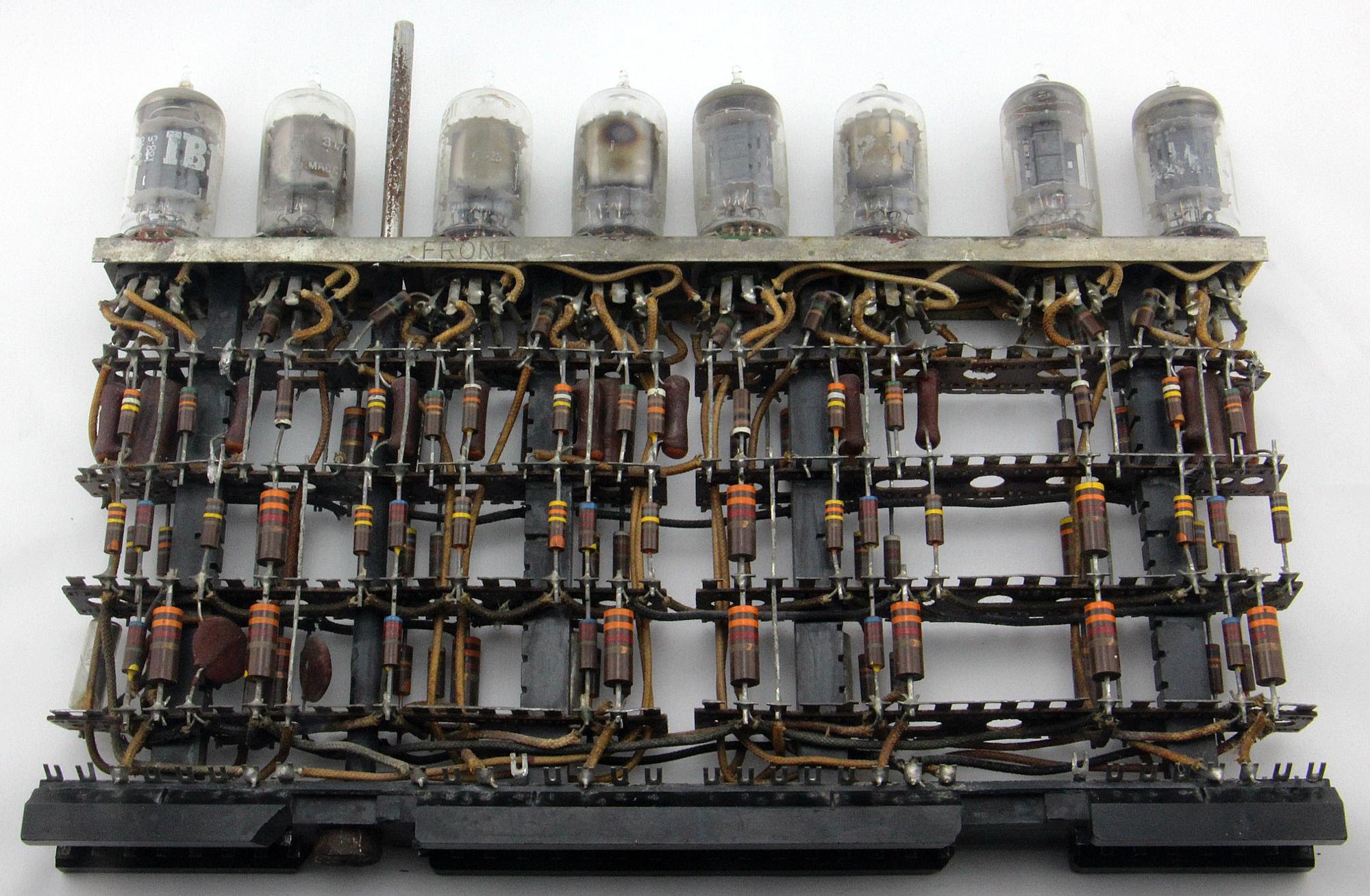 Once again Ken Shirriff has a thoroughly researched and well-documented approach to his projects – this time powering up a 1950s-era IBM 705 mainframe tube module (above). Ken’s ‘conclusion’ doesn’t give away any spoilers and is actually a good snippet of context before watching the video below showing the successful test.

Despite its age, the tube module still worked. (At least the one of the five debouncers we tested.) I was a little concerned about putting high voltages through such old electronics, but there were no sparks or smoke. Fortunately Marc had enough power supplies to power the module, and even though we fell a few volts short on the -130V and +140V the module still functioned. The module was bulky and consumed a lot of power—I could feel the warmth from it—so it’s easy to understand why transistors rapidly made vacuum tube computers obsolete. Even so, its amazing to think that the principles of modern computers were developed using vacuum tubes so long ago.

We like to see things glow on Christmas. Why not old computer circuits? Carl has an IBM 705 module in his collection, with 8 vacuum tubes. It dates back from about 1955, and is an impressive retro-tech piece. But Master Ken wants to see how it actually works. He somehow managed to reverse engineer Carl’s module (I’ll link to his blog article once it’s up). He just brought it to the lab, where I barely have enough high-voltage equipment to power it up. What does it do? Will it still work after 50 years?