Are Fast Radio Bursts Coming from a Zombie Star Lurking Near a Black Hole? #SaturadayMorningCartoons 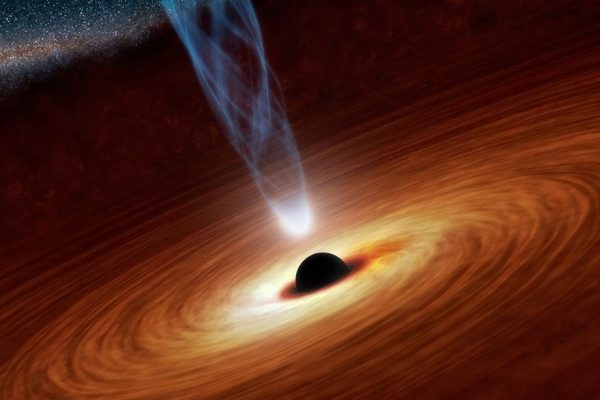 A zombie star lurking near a black hole? Sometimes science sounds like poetry, and sometimes it sounds like the first draft of Event Horizon.

But it’s true. From The Verge

After five years, scientists might have figured out what’s going on with blasts of mysterious radio waves coming from outside the Milky Way: they’re coming from a zombie star in an extreme environment. In a new study, astronomers suggest this might explain these bizarre intergalactic radio waves, known as fast radio bursts. And it may be the best explanation we have yet for what’s causing them.

Fast radio bursts, or FRBs, have been one of the biggest enigmas for astronomers since 2007. These intense blasts of radio waves come from beyond our galaxy, lasting for only milliseconds at a time. No one knows exactly what’s causing them, and studying them is incredibly difficult since they’re so brief. It’s thought that one FRB is being produced in the Universe every second, but only 20 have been detected from Earth over the last decade.

And here’s some background on Fast Radio Bursts from SciShow Space:

Comments Off on Are Fast Radio Bursts Coming from a Zombie Star Lurking Near a Black Hole? #SaturadayMorningCartoons