The Story of ‘Hyperchess,’ a 3D Chess Game Inspired by Star Trek #SciFiSunday

In 1993, Max Chappell, an obscure board game designer from San Diego, California, loaded his Plymouth Voyager minivan with a bunch of funky-looking chess sets and headed north. A Star Trek convention was being held at the Westin Bonaventure in downtown Los Angeles, and Chappell smelled an opportunity to hawk his singular creation, a 3D chess game called Hyperchess. 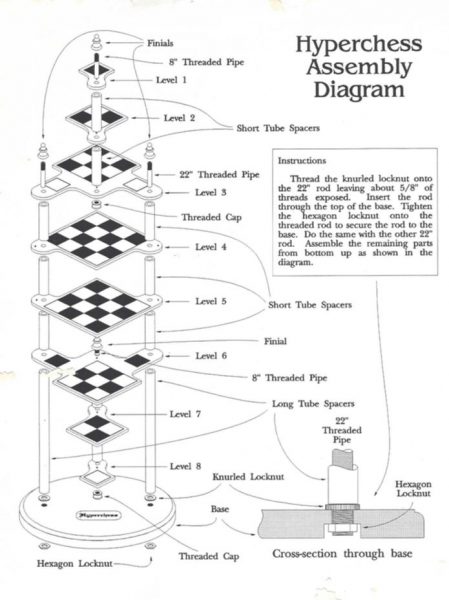 “Most 3D chess games make no attempt to be faithful to the source, and some of them are quite superficial and worthless,” Dave Matson, the author of Exploring the Realm of Three-Dimensional Chess, told me in an email. “The inventors wanted their games to have some resemblance to chess, but the vast majority of them didn’t give it any deep thought.”

Comments Off on The Story of ‘Hyperchess,’ a 3D Chess Game Inspired by Star Trek #SciFiSunday