Endonym World Map: Every Country in its Own Language 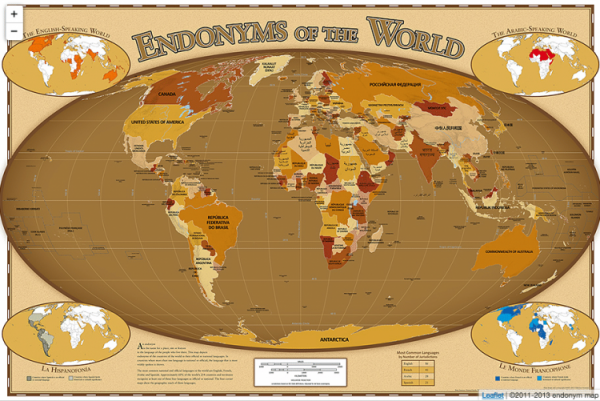 An endonym is the name for a place, site or location in the language of the people who live there. These names may be officially designated by the local government or they may simply be widely used.

This map depicts endonyms of the countries of the world in their official or national languages. In cases where a country has more than one national or official language, the language that is most widely used by the local population is shown.

The most common official or national language in the world is English, with 86 countries or territories. These jurisdictions represent roughly one-third the number of total countries and approximately 30% of the planet’s land area.

After English, the most common official languages are French, Spanish and Arabic.

Comments Off on Endonym World Map: Every Country in its Own Language