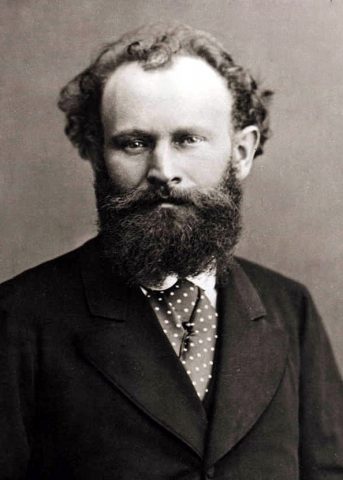 In 1856, Manet opened a studio. His style in this period was characterized by loose brush strokes, simplification of details and the suppression of transitional tones. Adopting the current style of realism initiated by Gustave Courbet, he painted The Absinthe Drinker (1858–59) and other contemporary subjects such as beggars, singers, Gypsies, people in cafés, and bullfights. After his early career, he rarely painted religious, mythological, or historical subjects; examples include his Christ Mocked, now in the Art Institute of Chicago, and Christ with Angels, in the Metropolitan Museum of Art, New York. Manet had two canvases accepted at the Salon in 1861. A portrait of his mother and father, who at the time was paralysed and robbed of speech by a stroke, was ill-received by critics. The other, The Spanish Singer, was admired by Theophile Gautier, and placed in a more conspicuous location as a result of its popularity with Salon-goers. Manet’s work, which appeared “slightly slapdash” when compared with the meticulous style of so many other Salon paintings, intrigued some young artists. The Spanish Singer, painted in a “strange new fashion [-] caused many painters’ eyes to open and their jaws to drop.”

Featured below is his 1874 painting Boating, which lives at the Metropolitan Museum of Art in NYC. 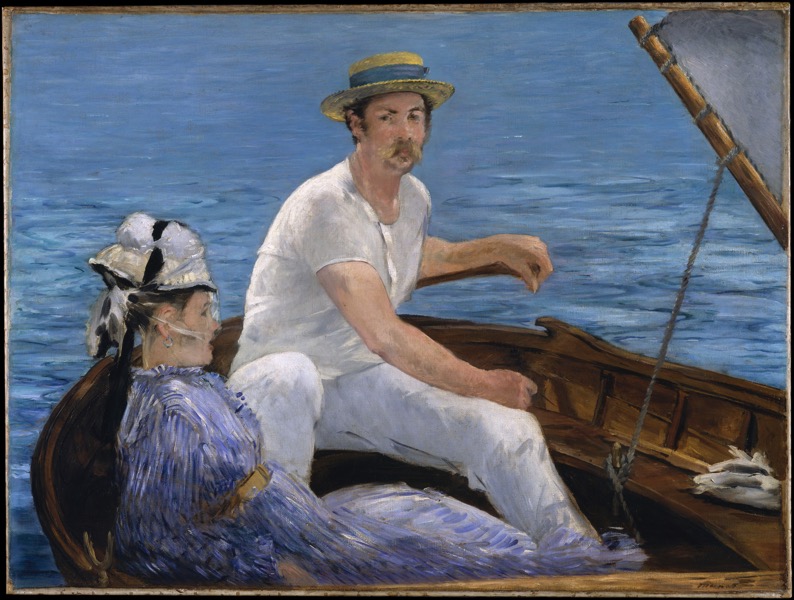 1849 – Elizabeth Blackwell is awarded her M.D. by the Geneva Medical College of Geneva, New York, and becomes the first female doctor in the United States. 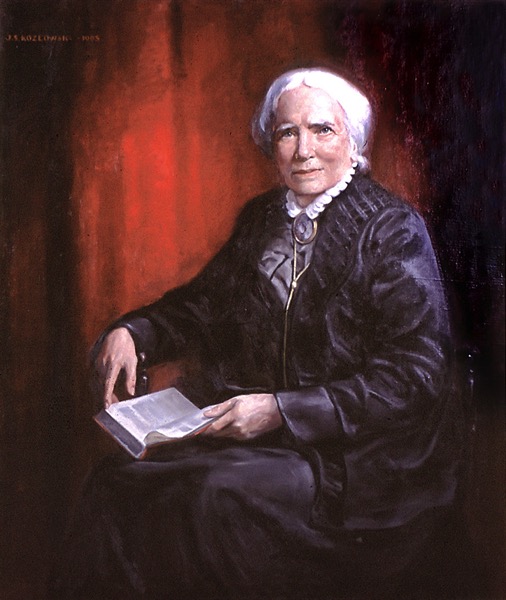 In October, 1847, Blackwell was accepted as a medical student by Hobart College, then called Geneva Medical College, located in upstate New York. Her acceptance was a near-accident. The dean and faculty, usually responsible for evaluating an applicant for matriculation, were not able to make a decision due to the special nature of Blackwell’s case. They put the issue up to a vote by the 150 male students of the class with the stipulation that if one student objected, Blackwell would be turned away. The young men voted unanimously to accept her.

1957 – Walter Frederick Morrison, American inventor from Utah, sells the rights to his flying disc to the Wham-O toy company, which later renames it the “Frisbee”. 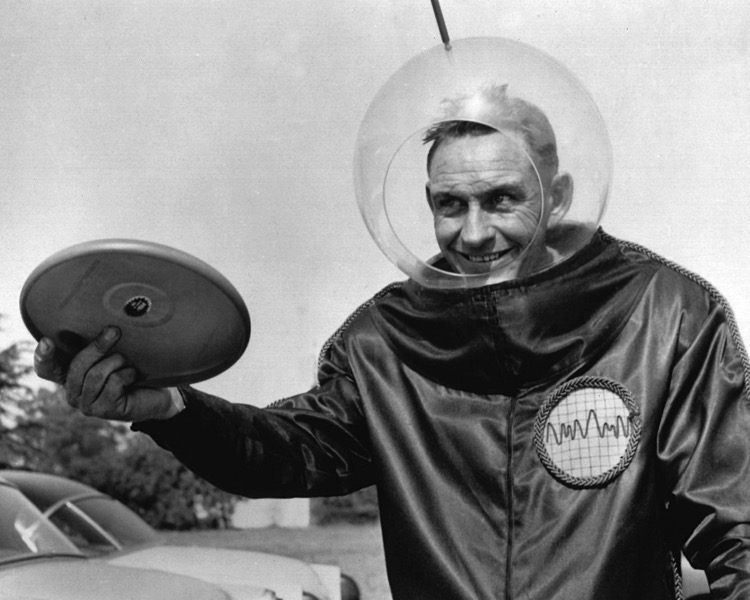 In 1946, he sketched out a design (called the Whirlo-Way) for the world’s first flying disc. In 1948 an investor, Warren Franscioni, paid for molding the design in plastic. They named it the Flyin-Saucer. After disappointing sales, Fred & Warren parted ways in early 1950. In 1954, Fred bought more of the Saucers from the original molders to sell at local fairs, but soon found he could produce his own disc more cheaply. In 1955, he and Lu designed the Pluto Platter, the archetype of all modern flying discs. On January 23, 1957, they sold the rights for the Pluto Platter to the Wham-O toy company. Initially Wham-O continued to market the toy solely as the “Pluto Platter”, but by June 1957 they also began using the name Frisbee after learning that college students in the Northeast were calling the Pluto Platter by that name. Morrison also invented several other products for Wham-O, but none were as successful as the Pluto Platter. 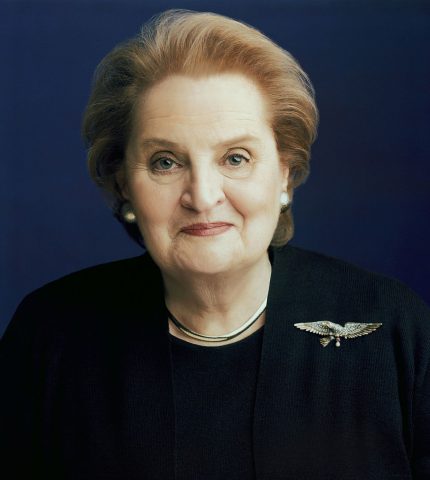 When Albright took office as the 64th U.S. Secretary of State on January 23, 1997, she became the first female U.S. Secretary of State and the highest-ranking woman in the history of the U.S. government at the time of her appointment. Not being a natural-born citizen of the U.S., she was not eligible as a U.S. Presidential successor and was excluded from nuclear contingency plans.

During her tenure, Albright considerably influenced American policy in Bosnia and Herzegovina and the Middle East. According to Albright’s memoirs, she once argued with Colin Powell for the use of military force by asking, “What’s the point of you saving this superb military for, Colin, if we can’t use it?”

As Secretary of State she represented the U.S. at the transfer of sovereignty over Hong Kong on July 1, 1997. She along with the British contingents boycotted the swearing-in ceremony of the Chinese-appointed Hong Kong Legislative Council, which replaced the elected one.

1998 – Netscape premieres Mozilla, with the intention to release Communicator code as open source.

Mozilla is a free-software community created in 1998 by members of Netscape. The Mozilla community uses, develops, spreads and supports Mozilla products, thereby promoting exclusively free software and open standards, with only minor exceptions.[1] The community is supported institutionally by the Mozilla Foundation and its tax-paying subsidiary, the Mozilla Corporation.

2018 – Naomi Parker Fraley, the Real Rosie the Riveter, Dies at 96. Obituary featured in the NYTimes. 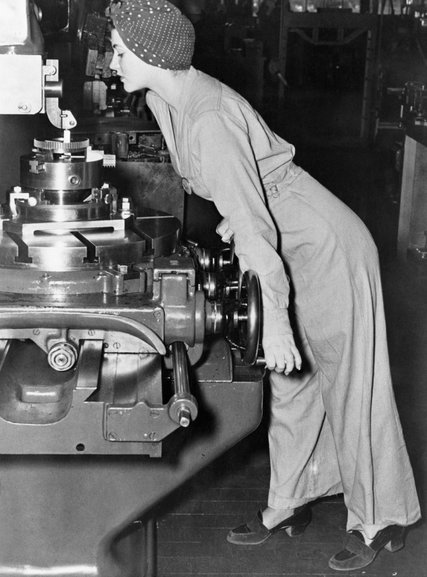 Over the years, a welter of American women have been identified as the model for Rosie, the war worker of 1940s popular culture who became a feminist touchstone in the late 20th century.

Mrs. Fraley, who died on Saturday, at 96, in Longview, Wash., staked the most legitimate claim of all. But because her claim was eclipsed by another woman’s, she went unrecognized for more than 70 years.