This is a fantastic interview by Arrow of Trevor Mendelow from View Into The Blue for their custom underwater camera rigs, notably the unit that was designed in-house for use filming the Netflix documentary Chasing Coral. Trevor and Arrow’s Zach Wendt discuss Raspberry Pi, Arduino Nano, VPNs, and more – the video includes some fantastic behind-the-scenes shots of View Into The Blue’s operation as well as the manufacturing and guts of the camera station, which when installed underwater looks something like this: 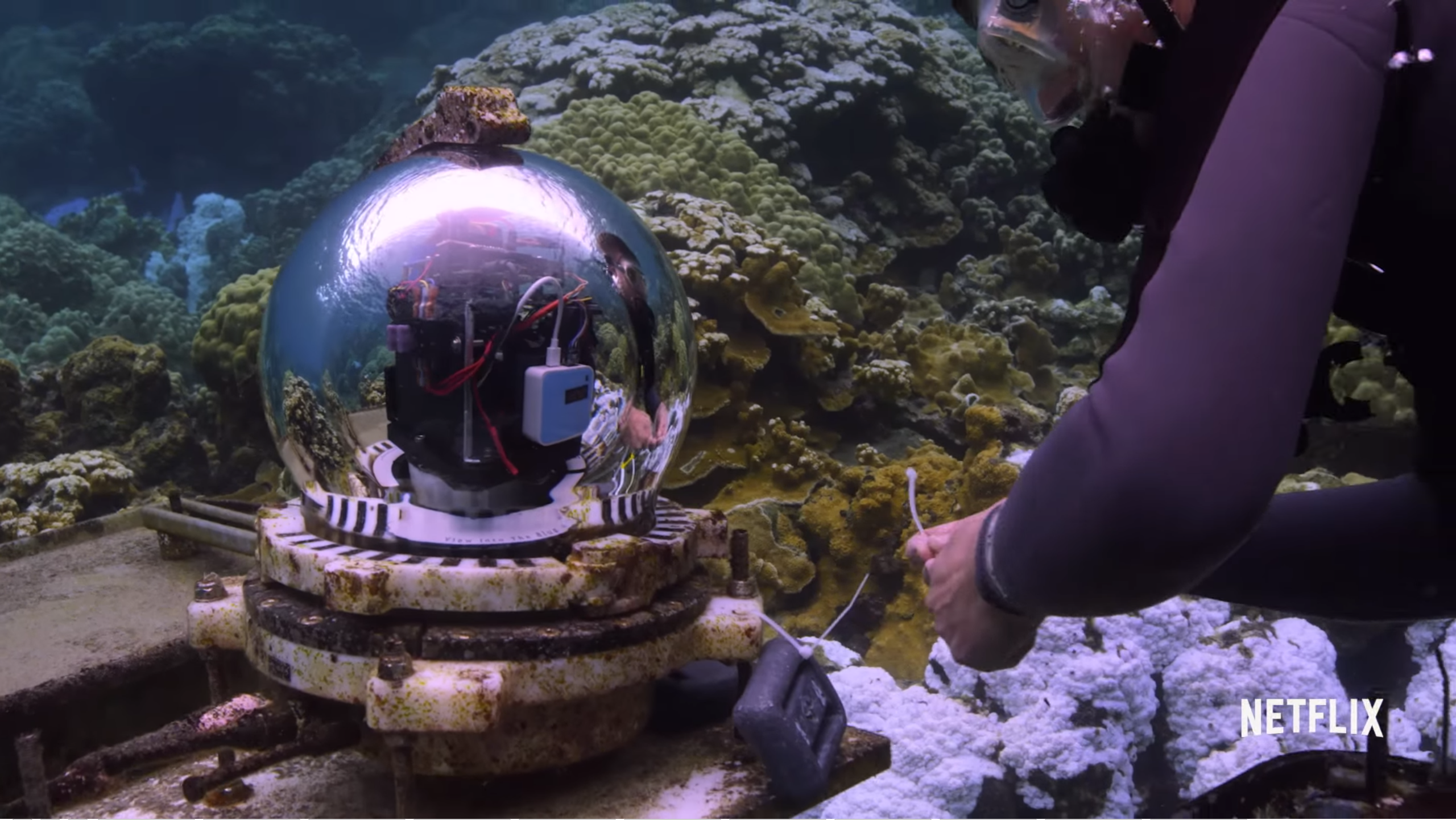 Arrow writes about their interview:

Arrow Electronics interviewed View into the Blue to see how they made a custom underwater camera solution to help film the powerful Netflix documentary Chasing Coral.

View into the Blue is an underwater camera company that specializes in making underwater webcams with a proprietary self-cleaning technology that eliminates algae and microorganisms. In one of their most recent projects, they worked with the film team of the acclaimed Netflix documentary Chasing Coral to capture under-water time-lapse photographs and video of coral. To do so, View into the Blue utilized off-the-shelf components such as an Arduino Pro Mini, a Raspberry Pi 3, relays and linear actuators to create a completely custom camera system that lasted four months underwater!

The full trailer – which we blogged before we found out it included Adafruit tech – is below as well: