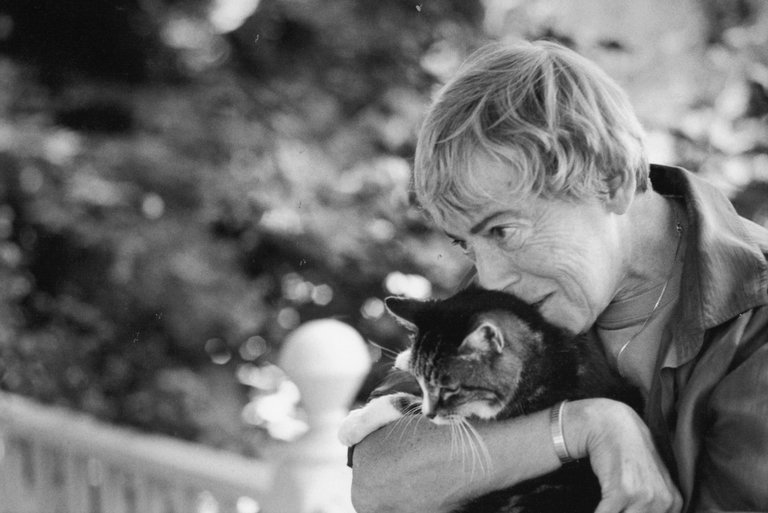 Science-Fiction and Fantasy writer Ursula K. Le Guin died yesterday at the age of 88. Her excellent and prolific work was imaginative and beautiful; it touched countless readers over the last 50 years, and will continue to do so still after her passing.

Here’s one of many marvelous quotes from her interview with the Paris Review, The Art of Fiction No. 221.

Yeah! So the fiction I read, because I was an early beginner, tended toward the fantastic. Realism is a very sophisticated form of literature, a very grown-up one. And that may be its weakness. But fantasy seems to be eternal and omnipresent and always attractive to kids.

But when people say, Did you always want to be a writer?, I have to say no! I always was a writer. I didn’t want to be a writer and lead the writer’s life and be glamorous and go to New York. I just wanted to do my job writing, and to do it really well.

Read more about her life and work in her NYTimes Obituary, published yesterday.

Ms. Le Guin embraced the standard themes of her chosen genres: sorcery and dragons, spaceships and planetary conflict. But even when her protagonists are male, they avoid the macho posturing of so many science fiction and fantasy heroes. The conflicts they face are typically rooted in a clash of cultures and resolved more by conciliation and self-sacrifice than by swordplay or space battles.

Her books have been translated into more than 40 languages and have sold millions of copies worldwide. Several, including “The Left Hand of Darkness” — set on a planet where the customary gender distinctions do not apply — have been in print for almost 50 years. The critic Harold Bloom lauded Ms. Le Guin as “a superbly imaginative creator and major stylist” who “has raised fantasy into high literature for our time.”

But more importantly, read her work. Maybe start with The Left Hand of Darkness. It’s a book I think about often and have returned to more than once.

There is neither source nor end, for all things are in the Center of Time. As all the stars may be reflected in a round raindrop falling in the night: so too do all the stars reflect the raindrop. There is neither darkness nor death, for all things are, in the Light of the Moment, and their end and their beginning are one. – Ursula K. Le Guin, The Left Hand of Darkness 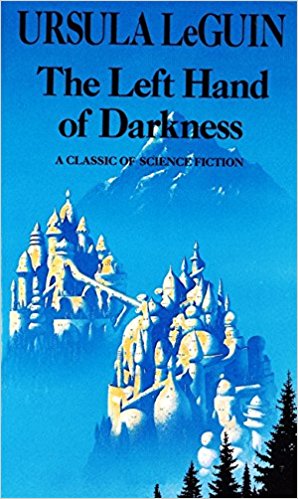 Many writers took to Twitter yesterday to express their admiration and gratitude for Le Guin and her work, and to convey their sadness at her passing:

Usula K. LeGuin, one of the greats, has passed. Not just a science fiction writer; a literary icon. Godspeed into the galaxy.

Ursula K. LeGuin is one of the reasons I'm a writer. MARLENA's epigraph is from THE LEFT HAND OF DARKNESS, a book that has meant more to me than I can say in this limited space. Thank you, Ursula. https://t.co/9FfeZ0SaYs

I just learned that Ursula K. Le Guin has died. Her words are always with us. Some of them are written on my soul. I miss her as a glorious funny prickly person, & I miss her as the deepest and smartest of the writers, too. Still honoured I got to do this: https://t.co/U4mma5pJMw

I am very very sad. What an immense imagination, what a strong and trenchant mind… https://t.co/RfG8uySfmX

Interviewer: Which would you rather have, a National Book Award or a Hugo?
Le Guin: Oh, a Nobel, of course
Interviewer: They don't give Nobel Prizes for fantasy.
Le Guin: Maybe I can do something for peace.

Comments Off on Acclaimed Writer Ursula K. Le Guin is Dead at 88