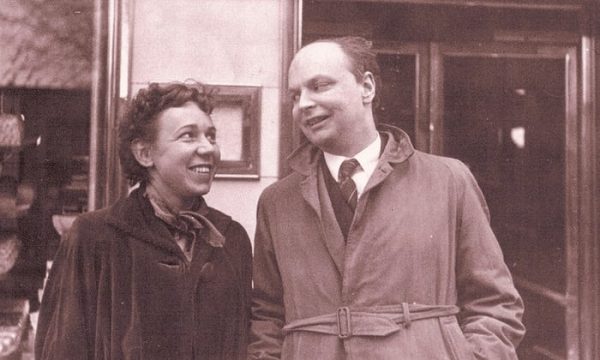 Mary Lee Berners-Lee was born in Birmingham in 1924. She became one of the worlds first freelance computer programmers and championed a successful campaign for equal pay for male and female programmers in the 1950’s. What an incredible life, Via The Guardian

The computer scientist Mary Lee Berners-Lee, who has died aged 93, was on the programming team for the computer that in 1951 became the first in the world to be sold commercially: the Ferranti Mark I. She led a successful campaign at Ferranti for equal pay for male and female programmers, almost two decades before the Equal Pay Act came into force. As a young mother in the mid-1950s she set up on her own as a home-based software consultant, making her one of the world’s first freelance programmers.

Modest about her own pioneering achievements, she is on record (in an interview with computer historian Janet Abbate) as saying that her biggest contribution was to be “the grandmother of the web”. In 1989 Tim Berners-Lee (now Sir Tim), the eldest of her four children, proposed a system to access and exchange documents across the internet, and soon afterwards built the first web server, website and browser.

Tim recalled that his mother had a strong sense of the potential of computers right from the start. “It was obvious to us growing up how incredibly exciting it was,” he said, “not just that you had a new device, but the sense that what you could do was limited only by your imagination.”

Mary Lee Woods was born in Hall Green, Birmingham, the daughter of two teachers, Bertie and his wife, Ida (nee Burrows). They strongly encouraged their daughter to pursue a university education and a career. Her only brother served in the RAF and was killed during the second world war. At Yardley grammar school she excelled in mathematics, and obtained a parish scholarship to study mathematics at the University of Birmingham.

Her wartime degree, begun in 1942, was interrupted by two years’ working at the Telecommunications Research Establishment in Malvern. When she graduated in 1947, she wrote to the director of the Commonwealth Observatory near Canberra, Australia – Richard Woolley, who subsequently returned to the UK as Astronomer Royal – and he gave her a job classifying stars by their spectral characteristics.

She loved Australia, but found the work tedious. In 1951 she returned to the UK and successfully answered an advertisement in the journal Nature for mathematicians to train as computer programmers at the electrical engineering firm, Ferranti, in Manchester. The Ferranti Mark I was the commercial version of the Manchester Mark 1, one of the world’s first stored program computers, which had gone into operation at the University of Manchester in 1949.

As one of a small cohort of young men and women working in the “Tin Hut” at Ferranti’s Moston works, Berners-Lee was trained to write programs following a manual written by Alan Turing. His modified teleprinter code turned letters and symbols on a keyboard into patterns of five hole-positions on punched paper tape that the computer could read directly. Her early work included writing a diagnostic program that could locate program errors.

She also wrote programs to solve up to 40 simultaneous equations, a service greatly in demand in aeronautics, and which tested the limits of the notoriously unreliable machine. Though later in life she became equally adept at using high-level languages such as Fortran, she loved the precision of writing programs in machine code.

Not long after she joined Ferranti, the women were furious to discover they were paid less than men recruited at the same time. Berners-Lee was deputed to make the case to management for equal pay. She won immediate rises for the women, and acceptance of the principle of equal pay.

Comments Off on One of the World’s First Freelance Programmers: Mary Lee Berners-Lee Obituary