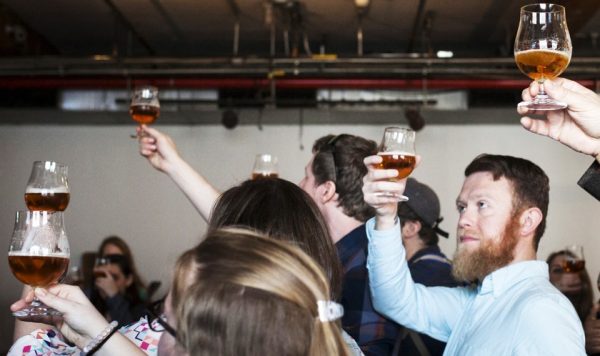 Great story on the craft-beer revolution from The Atlantic.

When I first came across these statistics, I couldn’t quite believe them. Technology and globalization are supposed to make modern industries more efficient, but today’s breweries require more people to produce fewer barrels of beer. Moreover, consolidation is supposed to crush innovation and destroy entrepreneurs, but breweries are multiplying, even as sales shrink for each of the four most popular beers: Bud Light, Coors Light, Miller Lite, and Budweiser.

The source of these new jobs and new establishments is no mystery to beer fans. It’s the craft-beer revolution, that Cambrian explosion of small-scale breweries that have sprouted across the country. The West is leading the way—cities with the most craft breweries include Portland, Denver, San Diego, Seattle, and Los Angeles—but the trend is nationwide. In Illinois and Idaho, brewing jobs grew by a factor of 10 between 2006 and 2016, according to the Bureau of Labor Statistics. According a BLS economist that I spoke with, 2016 was likely the best year for job creation at breweries in American history.

But what explains the nature of the craft-beer boom? From several interviews with economists and beer-industry experts, I’ve gathered that there appear to be two big reasons—a straightforward cause and a more complex and interesting history.

Comments Off on Craft Beer Is the Strangest, Happiest Economic Story in America #MakerBusiness