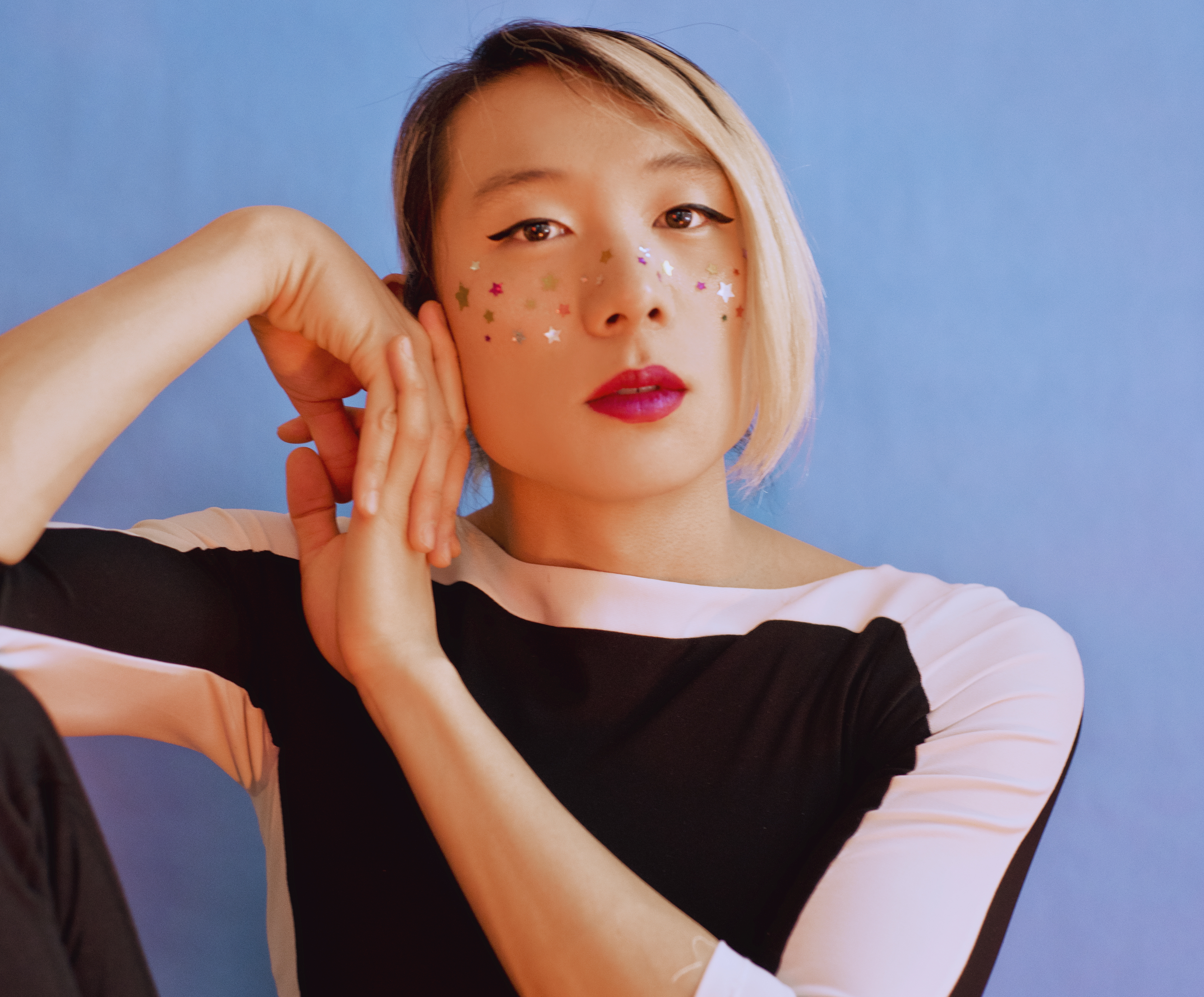 SuperKnova (aka Ellie Kim) debuted in the middle of 2017 with the Splendor Dysphoria EP on Worry Records. This stunning record mixes a hip-hop core with a wild array of electronic, psychedelic and indie influences. Soothing and ghostly at the same time, the loops, melodies and guitars wash over you, offering something sonically satisfying, both familiar and strange. Filled with grooves and layers, songs like “Burn” and “City Glow” are irresistible doses of imagination and expression offered by an exciting new artist with a tremendous pop sensibility.

We first heard SuperKnova’s music courtesy of Glasgow’s mighty GoldFlakePaint, and it’s been exciting to see her music continue to catch on with new people. It genuinely feels like the beginning of something special, and it’s going to be really exciting to see and hear what the next SuperKnova record will sound like.

Considering Splendor Dysphoria’s gorgeous atmosphere and obvious accomplishments in production and style, Kim seemed like the perfect person to talk us through her gear ideas, setup and recording process, and we weren’t disappointed.

Where are you based?
Chicago, IL

What was your introduction to music?
Like most people, I grew up listening to a lot of pop/oldies records my parents had. In our house that was Simon and Garfunkel, Michael Jackson, random stuff. However, when I was 12, my uncle showed me a Jimi Hendrix album, and it was over. When Jimi’s double stop guitar solo began in “The Wind Cries Mary,” I was transported to another world. I had never heard guitar playing like that before or music that made me feel that way. Both his music and his style really altered my whole worldview. The virtuosic guitar playing, the radical gender bending fashion, I loved it all. For a young, closeted trans person, the 60s ideals of “freedom of expression” spoke to me deeply. I’ve heard a lot of transgender people talk about finding strength from punk music when they were growing up. For me, it was psychedelia. If a 6 could be 9, who’s to say a boy couldn’t be a girl?

What have you been working on?
I’ve just released a music video for “Night’s a Bitch” from my Splendor Dysphoria EP. I’m really excited about it because the entire cast is queer or trans identified. I’m also writing for a full-length album that I hope to complete next year. Musically, the songs will be a little harder, more driving but also a little smoother and more structured than SD. Thematically, the songs will be a continuation of where I left off: exploring fluid identities, the struggle of being your authentic self and the unavoidable pain but also liberating joy that come with being who you want to be.

How have you seen technology as having changed the creation and consumption of music in your lifetime?
Evolving music technology has impacted me immensely. In fact, I’m only able to do what I do with SuperKnova thanks to advances in technology. From age 8 to 21 I’ve probably played in over a 100 different bands or groups. However, I’ve always found it hard to write in those situations. For example, when composing a song, I generally know exactly what I want. From the drums to guitar to keys, I hear it in my head. It’s just a matter of making it happen. In most band situations, it’s a compromise. You’re limited by the physical abilities of you or your bandmates, their preferences, their interpretations etc. Sometimes those things are good, but many times it ends up being frustrating. As a producer in the modern age with access to sampling, MIDI, and affordable recording equipment, I can make exactly the sound I want. And I can do it more or less by myself and all from my bedroom.

Describe your recording or production setup:
I’m very DIY. Splendor Dysphoria EP was recorded with a $100 M-Audio Interface, 1 condenser microphone, and Maschine pad controller. I recorded everything in Logic Pro X with my macbook and mixed “all-in-the-box” with a combination of stock plugins and Waves software. Since then, I’ve upgraded a little. Now I have a Focusrite thunderbolt audio interface, several more Waves plugins and also got Ableton’s Push 2 controller. The Push 2 is mostly for live performance though. I record vocals with a Blue Bluebird condenser, and still track guitar with just interface and amp modeling plug-ins. One new challenge is lately I’ve been using Ableton Live as my main DAW. I did this initially to make arranging easier for my live shows, but recently I decided to take the plunge and try it out as a writing DAW. As a long-time Logic/Pro Tools user, it’s been an interesting creative challenge for me. Live is such a performance oriented software. For example, Live doesn’t have any comping options, so you have to be creative in how you record vocals, either nailing it in a few takes or creating your own track folder system. However, the workflow is so unique and on-the-fly looping is so seamless that you can go places with it you normally wouldn’t with a traditional DAW. Mostly I like it because it gets me out of my comfort zone and forces me to try new things!

Any tips for gear or customising your workspace?
Simplify. As Stravinsky says, creativity comes from limitation. If I give you an 88-key keyboard and say write an interesting melody in 5 minutes, that would be a pretty daunting task. But if I said write a melody using just middle C, that’s a different story. You could strike the key with varying intensities. You could play with different rhythms and meter. It forces you to be more creative. The same concept applies to technology. If I have too much gear or too many plug-ins, I get overwhelmed with choice and end up creating very safe, predictable (re: boring) music. Personally, I like to work with one or two software instruments or sample packs at a time and just lock myself in a room and spend the whole week or even month getting really familiar with them. Once I feel like I’ve extracted as much creative juice as I can out of them, I branch out.

What’s one song everybody should hear?
These questions are always so hard for me. I’m a very album oriented person, so I don’t know if I can pick one song, but can I pick an album? One that really blew me away this past year was Nick Hakim’s “Where Will We Go?” EP set. It’s two parts, and it’s so well done. His recordings have so much control and incredibly thoughtful arrangement. So many producers (myself included) are guilty of over-producing: adding too many elements, textures, etc. Things get so busy and we don’t leave enough “white space” on the canvas as Miles Davis says. “Where Will We Go” on the other hand is so well balanced. The songs really breathe and the individual elements gel together so beautifully. At the same time, it’s still very raw and dripping with emotion.

Who do you think we should ask these questions next?
Yomi, she is a Chicago-based harpist/producer. She mixes very melodic harp playing with modern drums and electronic elements. Her music is super dreamy and beautiful! 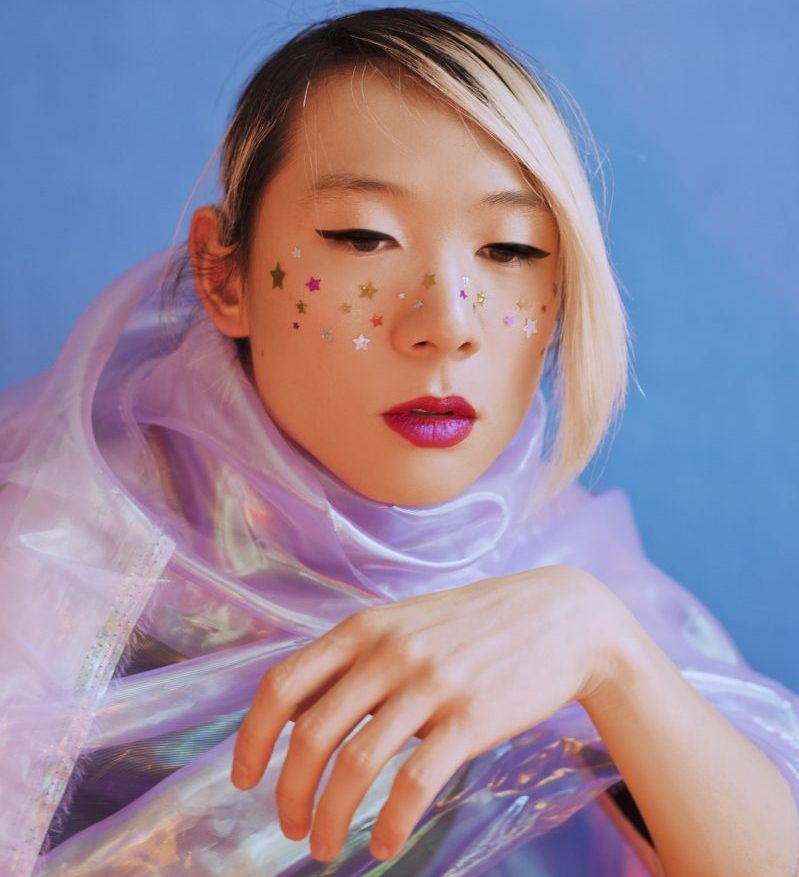 The Splendor Dysphoria EP is out now on Worry Records.

SuperKnova plays The Beacon in Seattle, Washington on March 17th.

Comments Off on MusicMakers005: SuperKnova