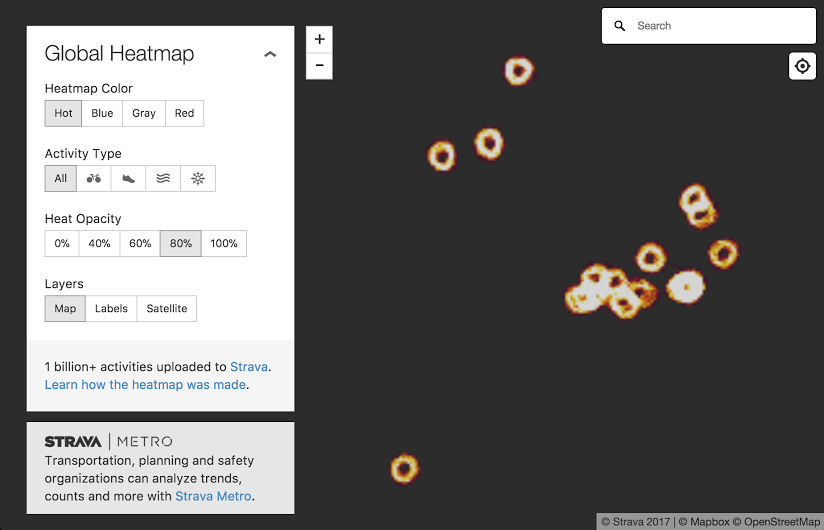 There was quite a stir on my Public Lab group today when Scott Eustis shared a link for fitness tracker activity on off-shore oil rigs from Strava Labs Global Heat Map. Scott has an above average interest in all things water since he is involved with protecting the Gulf. He quickly realized that this sort of map would be able to relay interesting data, and later shared outlines of boats. Think about it, if you had to jog in an enclosed area, imagine what the map would look like. In a few minutes someone shared an article from The Washington Post about something more critical that was discovered on the map. 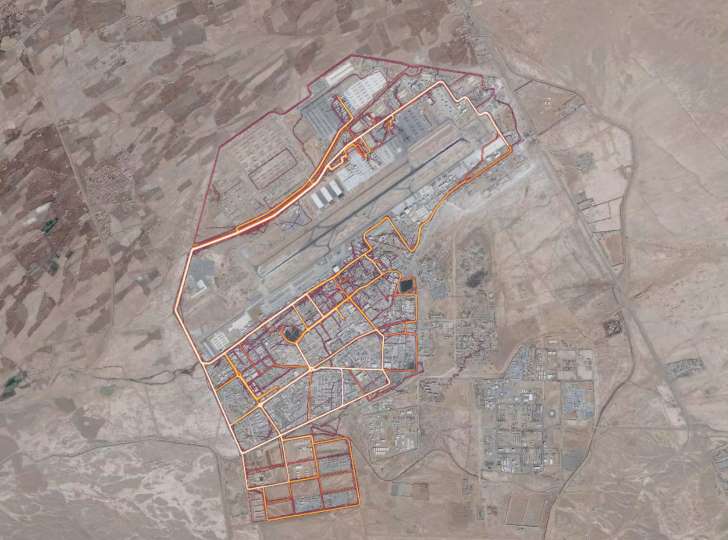 It turns out Strava Labs is used by many with Fitbits, Jawbones and other trackers. Their GPS data point service not only helps you to share your ride or jogging info, but it can also help cities with their planning. However, someone had a different idea of how it might be used according to the post.

Nathan Ruser, who is studying international security and the Middle East, found out about the map from a mapping blog and was inspired to look more closely, he said, after a throwaway comment by his father, who observed that the map offered a snapshot of “where rich white people are” in the world.

“I wondered, does it show U.S. soldiers?” Ruser said, and he immediately zoomed in on Syria. “It sort of lit up like a Christmas tree.”

It isn’t that the heat map revealed secret locations, but what it did reveal is paths taken by soldiers, which can be useful information. Luckily this information is not in real time and it’s only a compilation from the last two years. It should be mentioned that Russian bases were also found on the map, so I’m sure there will be changes soon on how all military personnel use fitness trackers. It also makes me wonder if a new form of misinformation will be to pay people to wear fitness trackers and have them walk specific routes. It’s an interesting dilemma, but it does point to the power of GPS and aerial imagery. I’m sure we will be hearing more about this map in the future, but in the meantime, make sure you check your tracker settings.