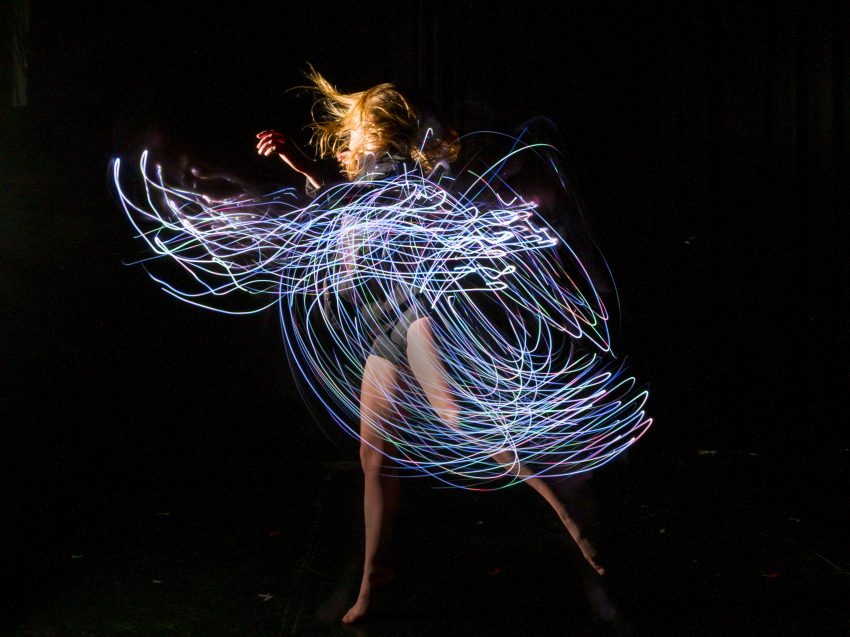 Dance offers many benefits for the audience, whether it be movement, music or expressed emotion. Tech filled costumes can add additional interest, but there is a fine line in remaining true to the focus, especially when responding to the wishes of the choreographer and dancer. One woman that is facing these challenges is Emily Daub, student and research assistant at the University of Colorado Boulder. As someone studying tech and dance, she is the perfect person to experiment with the balance needed for performance. I was able to hit her up with some questions in between projects and here’s what she had to say.

What is the goal for the dance pieces you design?
The goals for my projects are almost always the aesthetics, and how the piece will look on the dancer or in photographs. I often try to mimic athletics of silhouette elements from prevalent fashion within each style, so it feels familiar, without being either a line drawing of the seams or too high tech—I try to find a happy medium for the technology in the garment. For the particular pieces I created here, I also wanted to develop them in a way that would be easier replicable. I made laser cut patterns for the clothing, and used “default” led spacing so I wouldn’t have to solder more LEDs than I needed. I’ve done plenty of soldering! 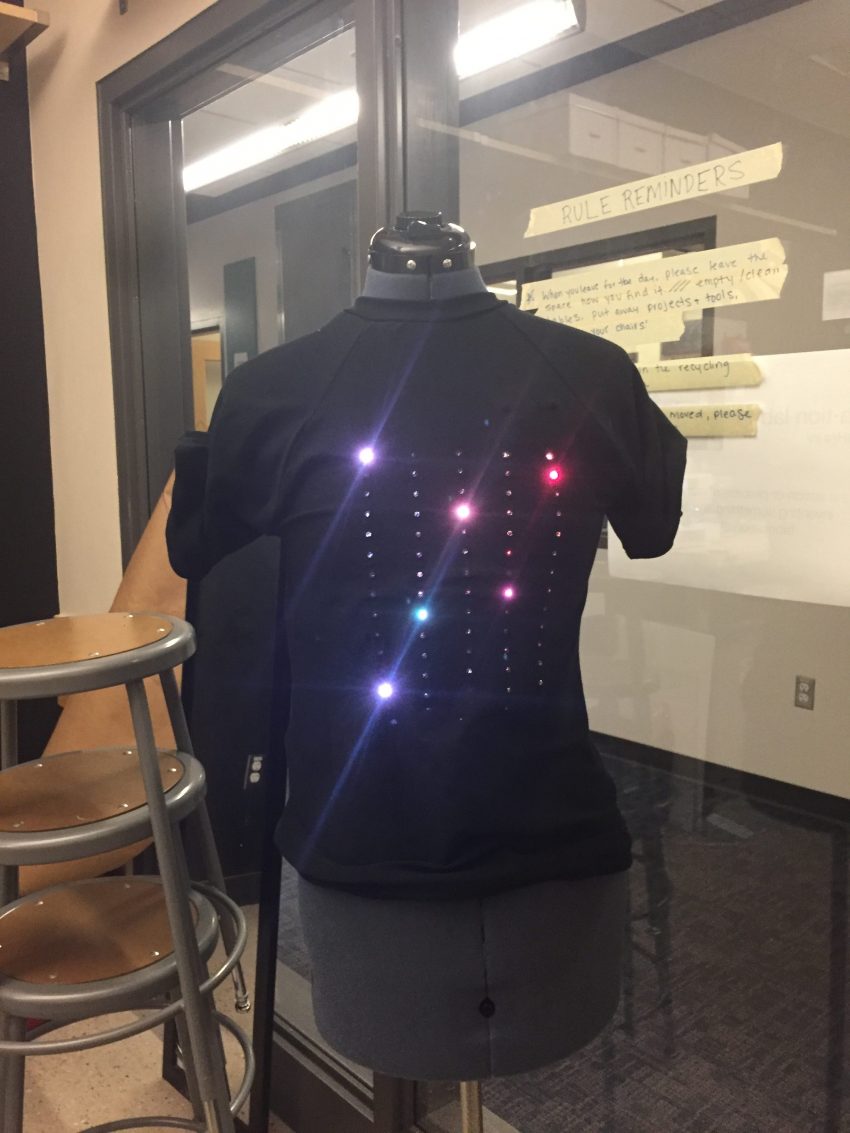 What parts do you use?
As for the electronic parts, I use a micro:bit, ribbon wire, a large-ish li-ion battery, and neopixels. I have found neopixels to be a great way to have a lot of powerful LEDs in a format that isn’t hard to work with, and are RGB and individually addressable without having like six legs. I chose the micro:bit because it can be programmed with block programming, which after years of Arduino I prefer and find much more straightforward to trouble shoot. I don’t have to sacrifice functionality, either. The micro:bit also easily supports the neopixels, which I also like using, packs a lot of sensors and power into one small board, and has buttons (that you can cut off if you need). We also use the board in the Laboratory for Playful Computation (the LPC) at the University of Colorado Boulder, where I work. 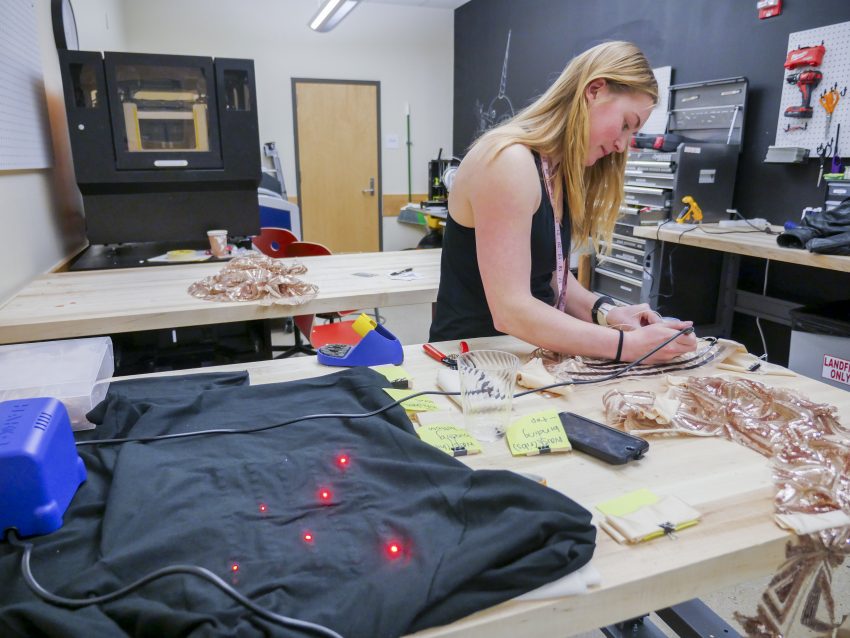 Do the dancers change their movements once they start working with the outfits?
I have always considered there to be conversations between the wearable and the dancer. For choreographing with these pieces, I like to put a bit of code on the micro:bit that does something interesting— like the lights changing when the accelerometer does x, but nothing too fancy or time-consuming, and then see what the dancer either enjoys doing, or works with the character they’re trying to portray, and develop the wearable with the choreographers. 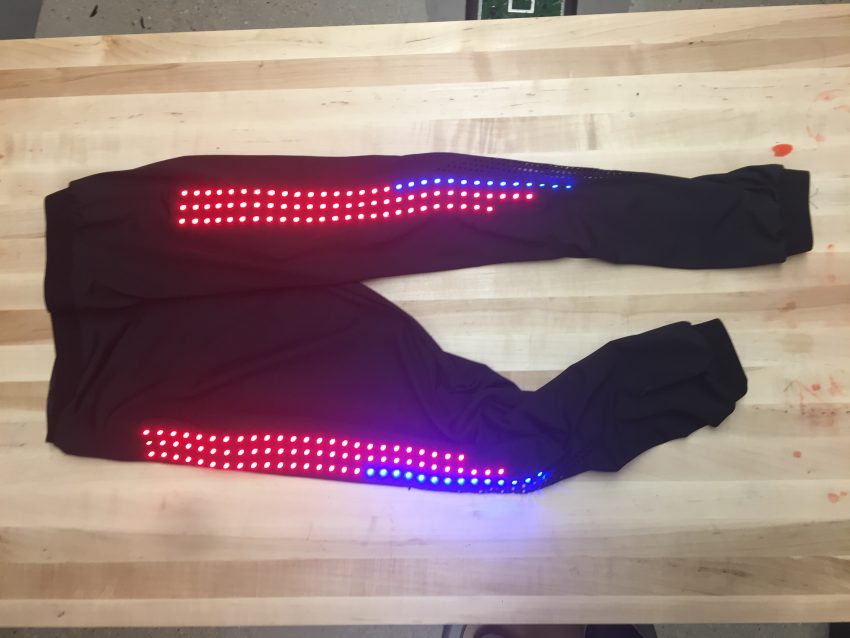 What are some things you’ve learned about working with wearable electronics?
I’ve learned that testing out which materials work best for you helps, and trying new and different stuff whenever you can. I used to only work with what I’ll call “traditional” wearable tech stuff, like conductive thread and sewable LEDs, but I wasn’t super satisfied with the results I was getting. The conductive thread was resistive and finicky, the sewable leads either had set resistance which I wished I could’ve changed, or didn’t come with resistors at all and were hard to add resistors onto. So, I tried moving on to finding ways to incorporate traditional hardware with soft goods (textiles and clothing). But since there was mostly wire on wire often enough, and if a piece ever had consistent or prolonged used, things would break eventually. The system was just not built in a way that was able to be flexible, regardless of what enclosures I tried. A friend in the lab then introduced me to the neopixel strips, which I was skeptical about at first, because I thought that they had always needed a 5v power source and you’d have to plug someone into a wall to get that. So, that didn’t seem like the thing for wearables, but I figured out you can run pretty much any color you’d like on one of the larger commercially available lithium-ion batteries. So moral of that story is, if you’re not satisfied with something (take this as metaphorically or literally as you’d like), keep trying new things until you’ve figured out what you do like. 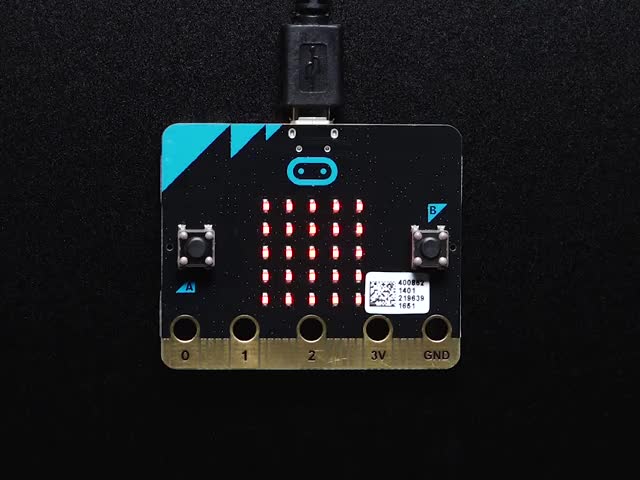