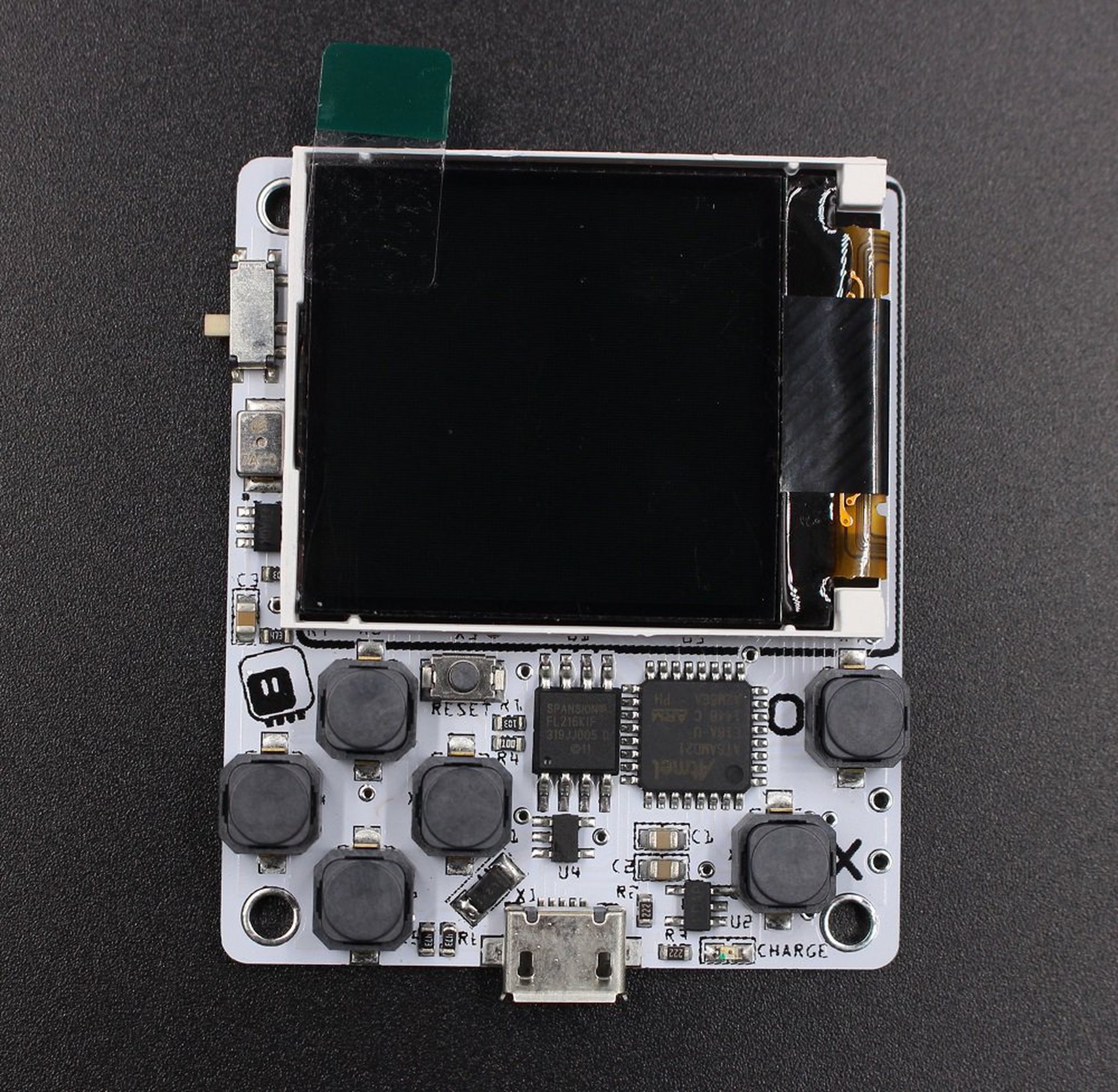 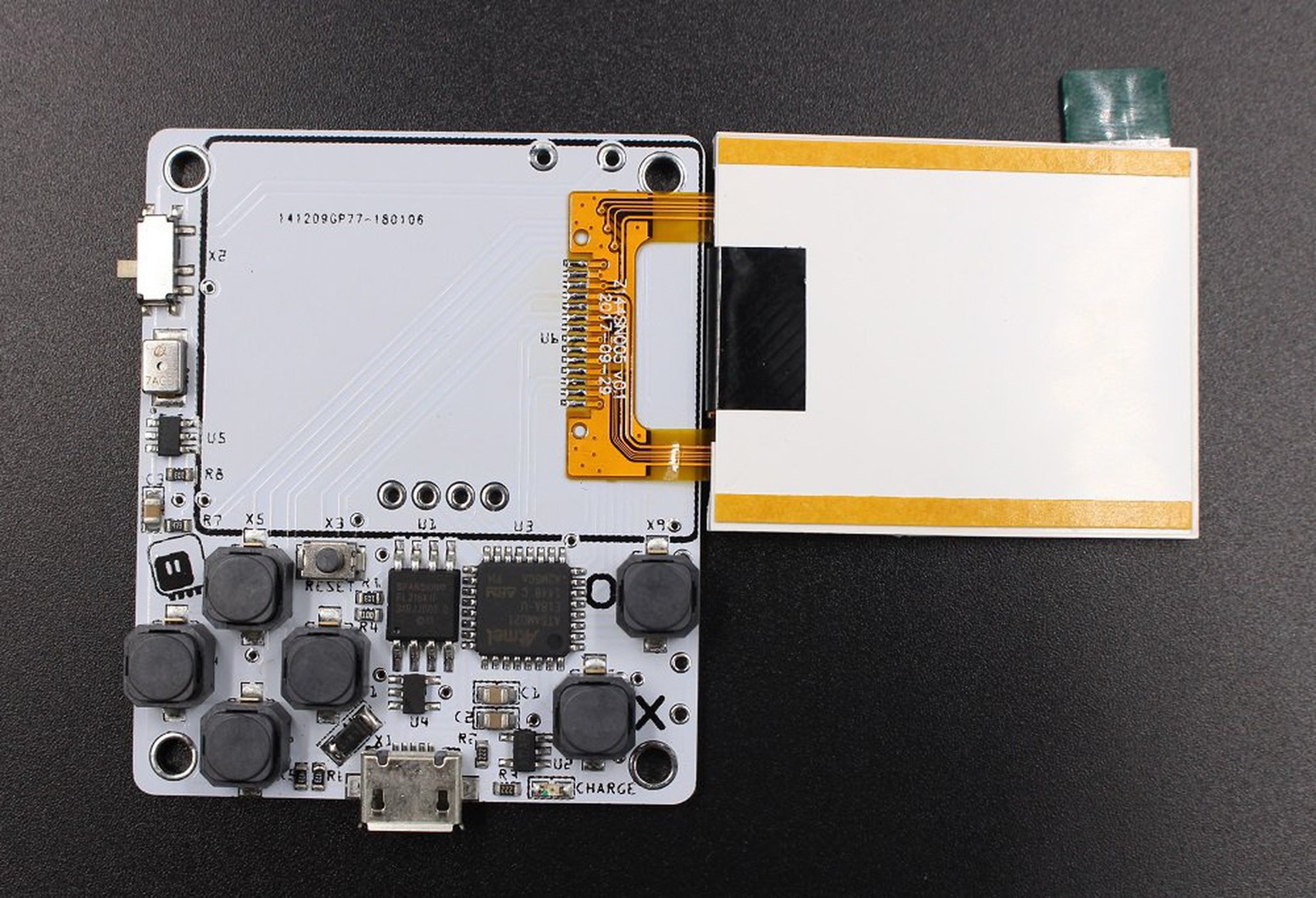 What makes it special?
There is a number of simple game consoles available on the market today: Arduboy, Gamebuino, Pokitto, etc. — they are all very similar, giving you a screen, buttons, speaker and a microcontroller to program. However, the main difference is how they are programmed. You have to learn C++ or Assembly, you have to install the development environment: the IDE, the compiler, the flashing software. You have to get your programs to compile before you can flash them, and then guess what is wrong with them when they don’t work as expected once flashed. The C++ (even in its Arduino version) is demanding and difficult to learn.

µGame uses a different approach. It is running Adafruit’s CircuitPython — a version of Python that runs without an operating system. It executes your programs directly, without you having to compile or flash them. You can even try your code live in an interactive serial console to experiment quickly. A built-in tile and sprite engine lets you use BMP files for graphic elements of your game. Several banks of ready-to-use graphics let you prototype your game easily, before replacing them with custom graphics of your own. The tiny little speaker lets you play 8-bit WAV files (only one sound at a time, though).

Filed under: CircuitPython — by phillip torrone