Following up on our earlier blog about the recently discovered ScanPyramids’ Big Void chamber inside the Great Pyramid, IEEE have an article and interview about the robotic blimp that could be used to explore that recently discovered chamber. Even if this proposed ‘bot doesn’t get used for that specific exploration, needless to say it looks cool and I hope it gets developed for some application in the future: 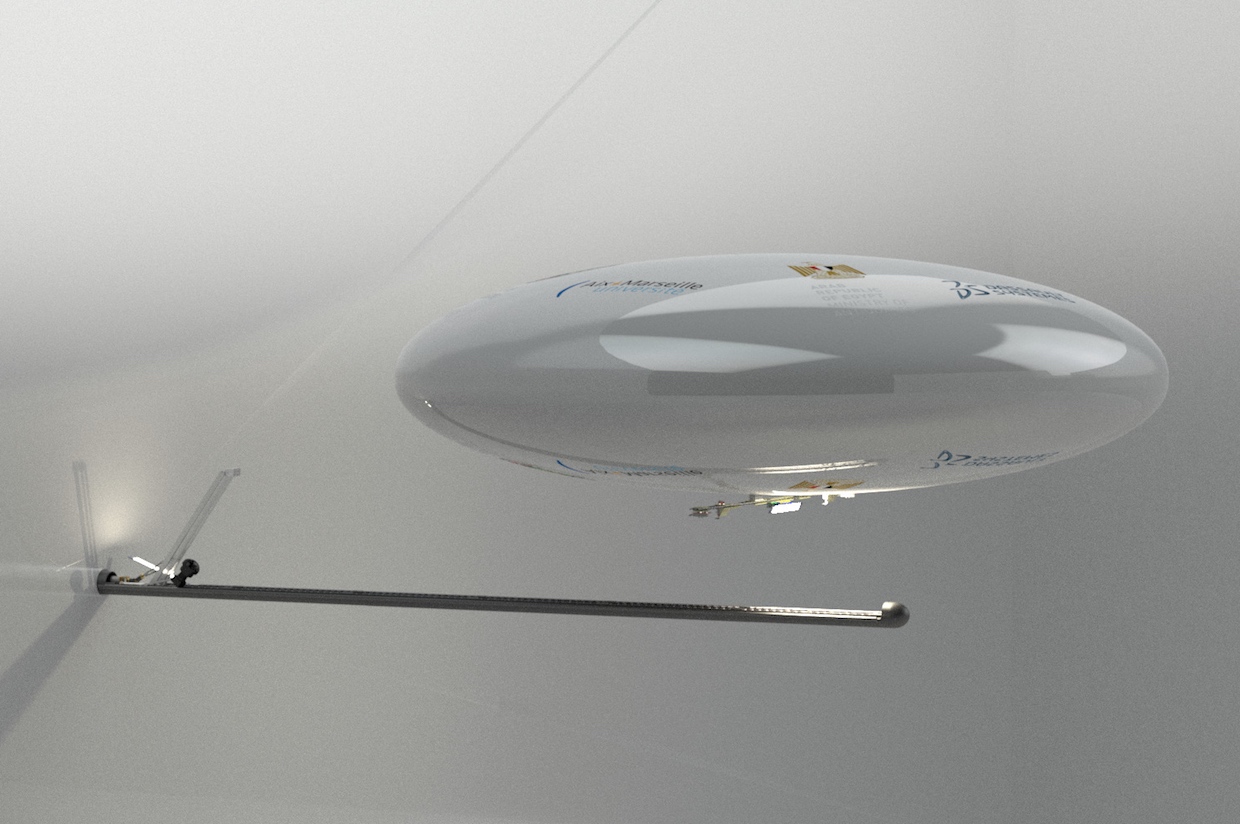 Last month, the ScanPyramids project, led by a team of researchers from the University of Cairo’s Faculty of Engineering in Egypt and the HIP Institute in France, announced that they’d used muon imaging to discover a large void hidden deep inside the Khufu’s Pyramid (also known as the Great Pyramid of Giza, since it’s the big one). Nobody knows what’s inside, or if there’s anything inside at all, or even if maybe that’s where the Stargate is stashed. Obviously there’s a lot of interest in what may or may not be hiding out in here, and it could help solve mysteries like how and why exactly the pyramids were built.

The problem is that (understandably) we’re not going to just start blowing holes in the Great Pyramid to see what’s going on. In 2002, Egyptologists used a custom exploration robot (made by iRobot, in fact) to explore a small shaft leading out of the Queen’s Chamber in the Great Pyramid that was sealed by a door. Rather than try to open the door, likely destroying it in the process, the robot drilled a tiny hole just large enough to poke a camera through in an effort to do the minimum amount of irreversible damage to the only wonder of the ancient world that we’ve got left. All that they found on the other side was another door, but the point is that if we want to explore the pyramid, we’re going to have to do it through holes that are as tiny as possible.

French research institutes Inria and CNRS are working with ScanPyramids to develop an exploration robot that can squeeze through a tiny hole while still maximizing the amount of exploration that it can do once it’s through. The concept that they’ve come up with is a robotic blimp that can be stuffed through a 3.5-centimeter hole, unfold and inflate itself, and then explore large areas before deflating and escaping again.