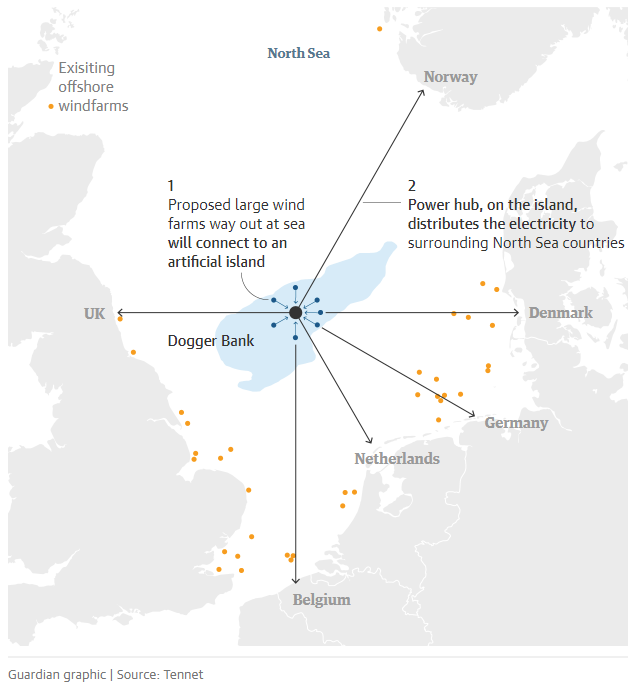 The wind farm at sea is focused around an artificial island complete with power station and airport (for getting resources to the island) and it will generate an astounding 30 gigawatts of power! (By comparison the now-shuttered Fukushima plant in Japan, at its time one of the 10th largest plants by power, generated around 4.2-4.7 gigawatts; even the largest plant – Kashiwazaki-Kariwa, also in Japan – only generates 7.9 gigawatts by comparison, so this wind farm will be nearly 4 times larger than that, and completely clean & renewable. The wind farm, at 2,300 square miles, will be about the size of Delaware, or twice the size of Rhode Island. Wow! 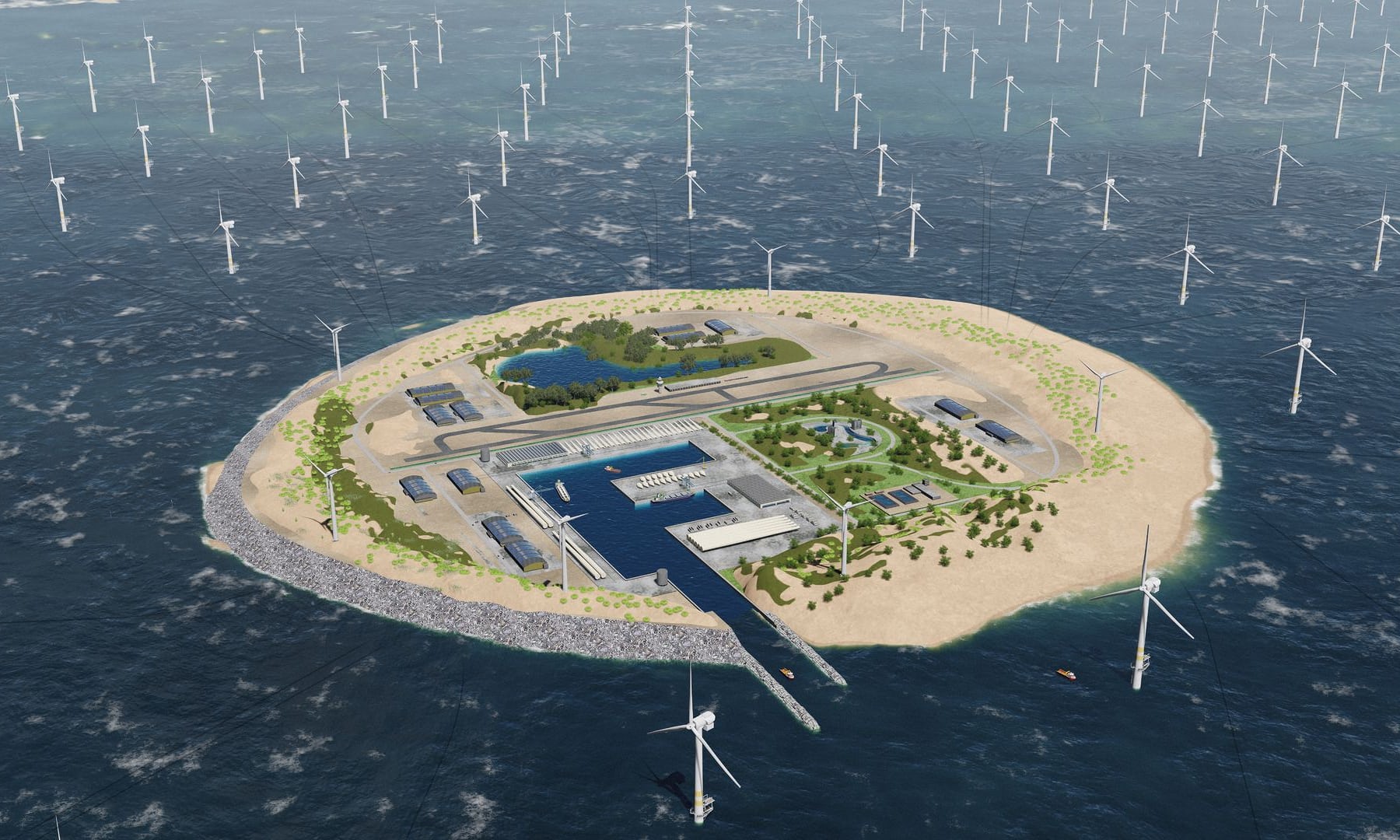 There are plans afoot in Holland to build a gigantic offshore wind farm to produce a massive 30 gigawatts of electrical power. That’s right — 30 gigawatts. To put that in perspective, the average nuclear, gas, or coal plant typically generates about 0.8 gigawatts, so this venture will be about 40 times as great.

The project entails building a 2,300-square-mile complex in the North Sea centered on an artificial island, which, as described in The Guardian, will itself be 5 or 5 kilometers in area and will serve as a hub for thousands of wind turbines. The precise location of the complex, the Dogger Bank, is actually closer to the U.K. than to Holland itself. By way of comparison, the largest offshore wind farm existing today is the London Array, which, according to Quartz Media, takes up 47 square miles and generates about 0.6 gigawatts of power.

Britain’s homes could be lit and powered by windfarms surrounding an artificial island deep out in the North Sea, under advanced plans by a Dutch energy network.

The radical proposal envisages an island being built to act as a hub for vast offshore windfarms that would eclipse today’s facilities in scale. Dogger Bank, 125km (78 miles) off the East Yorkshire coast, has been identified as a potentially windy and shallow site.

The power hub would send electricity over a long-distance cable to the UK and Netherlands, and possibly later to Belgium, Germany, and Denmark.

TenneT, the project’s backer and Dutch equivalent of the UK’s National Grid, recently shared early findings of a study that said its plan could be billions of euros cheaper than conventional windfarms and international power cables.

The sci-fi-sounding proposal is sold as an innovative answer to industry’s challenge of continuing to make offshore wind cheaper, as turbines are pushed ever further off the coast to more expensive sites as the best spots closer to land fill up.

Read more from The Guardian.