The Story of NYC Trash Through Art and Artifacts #ArtTuesday 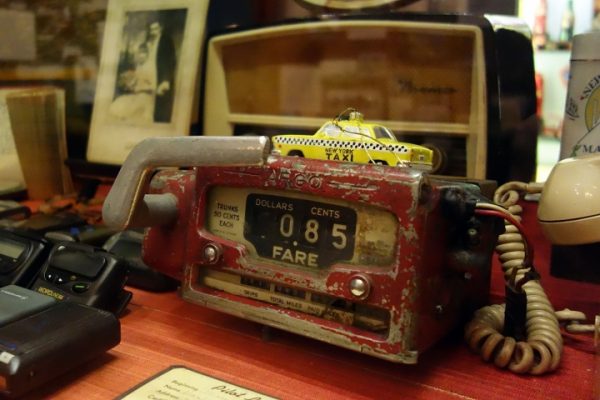 From its bell jars containing Croton Aqueduct stalactites, to ephemera from the defunct Chinatown newsstand Petrella’s Point, Brooklyn’s City Reliquaryis a shrine to New York artifacts that many would view as trash. In their current exhibition NYC Trash! Past, Present, & Future, curated by Bill Scanga, the nonprofit in Williamsburg is delving deeper into the city’s battle with its garbage. 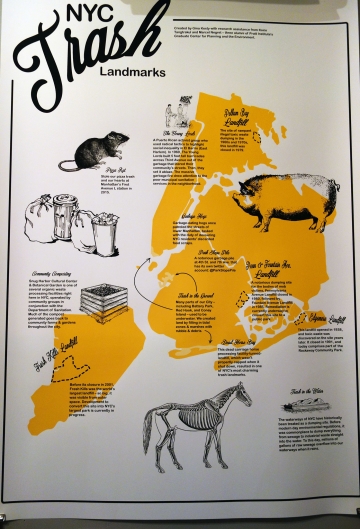 “Today New York’s waste has no place within the city’s borders,” Robin Nagle, anthropologist-in-residence for New York City’s Department of Sanitation, states on one of the exhibition labels. “Garbage is sent by truck, train, and barge to states near and far.” Yet as NYC Trash! reveals, this is only a recent development. In 19th-century Manhattan, the streets were, in a word, disgusting. With no official system to remove trash, it just piled up. Photographs by Jacob A. Riiscapture the squalid conditions of the trash-strewn tenement neighborhoods. During his brief reign as commissioner of New York’s Department of Street Cleaning from 1895 to 1898, the Civil War veteran Colonel George Edwin Waring, Jr. brought a military-style order to his street sweepers, who sported pristine white helmets that got them the nickname “White Wings.” Photographs from an 1895 issue of Harper’s Weekly show the startling difference between the grime and debris on the streets before and after Waring. 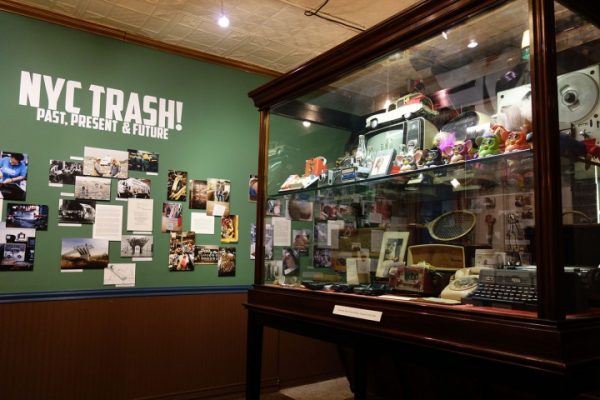 Filed under: art, NYC — by Zay