What’s smaller than a Feather but larger than a Trinket? It’s an Adafruit ItsyBitsy M0 Express! Small, powerful, with a rockin’ ATSAMD21 Cortex M0 processor running at 48 MHz – this microcontroller board is perfect when you want something very compact, but still with a bunch of pins. 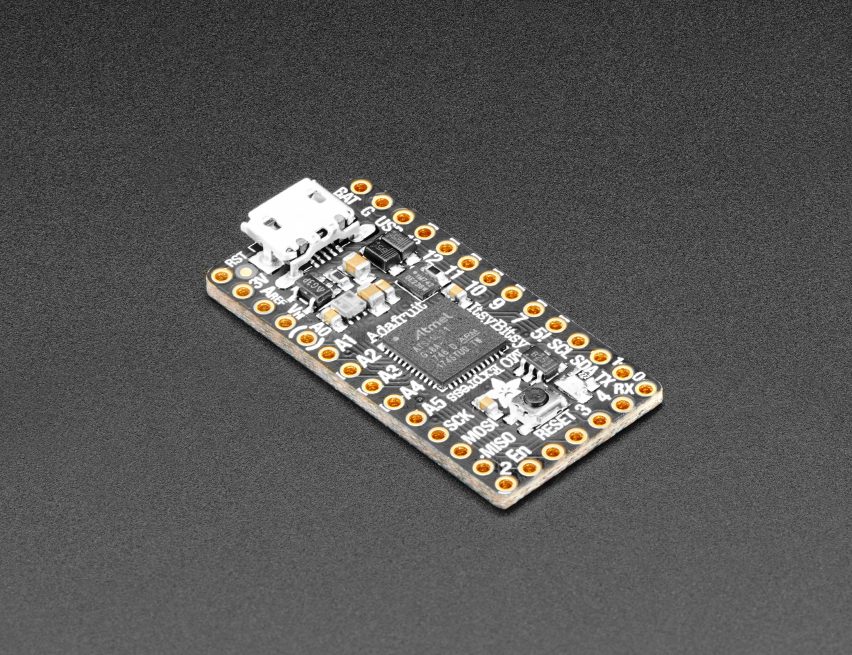 ItsyBitsy M0 Express is only 1.4″ long by 0.7″ wide, but has 6 power pins, 23 digital GPIO pins (12 of which can be analog in, 1x analog out, and 13x PWM out). It’s the same chip as the Arduino Zero and packs much of the same capability as an Adafruit Metro M0 Express or Feather M0 Express but really really small. So it’s great once you’ve finished up a prototype on a Metro M0 or Feather M0, and want to make the project much smaller. It even comes with 2MB of SPI Flash built in, for data logging, file storage, or CircuitPython code. 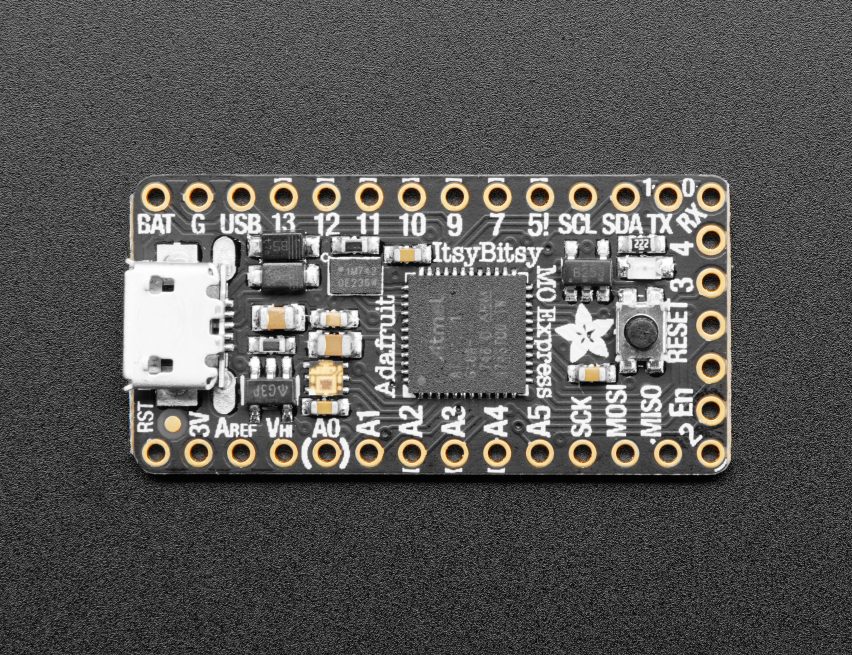 The most exciting part of the ItsyBitsy M0 is that while you can use it with the Arduino IDE, we are shipping it with CircuitPython on board. When you plug it in, it will show up as a very small disk drive with main.py on it. Edit main.py with your favorite text editor to build your project using Python, the most popular programming language. No installs, IDE or compiler needed, so you can use it on any computer, even ChromeBooks or computers you can’t install software on. When you’re done, unplug the Itsy’ and your code will go with you. 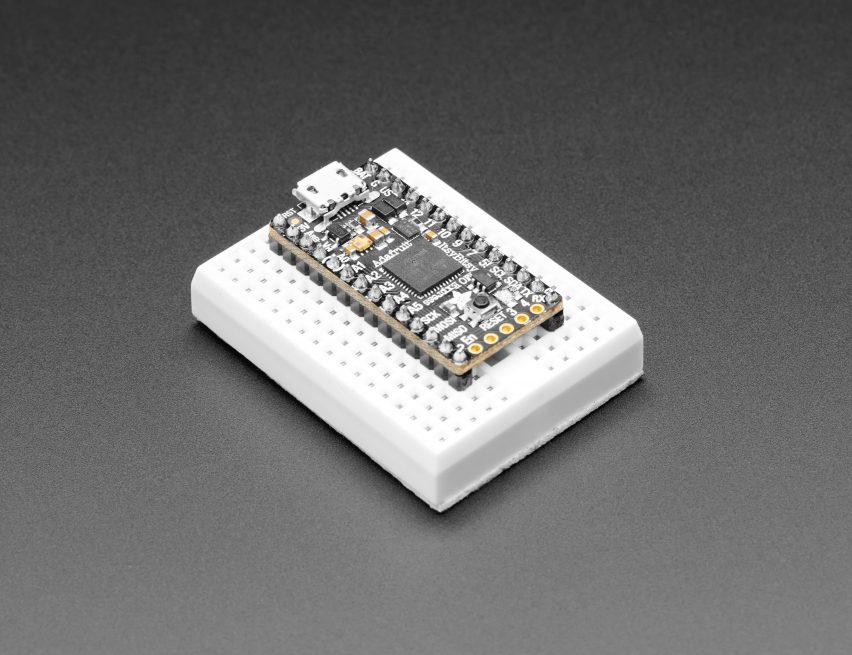 Here are some of the updates you can look forward to when using ItsyBitsy M0: 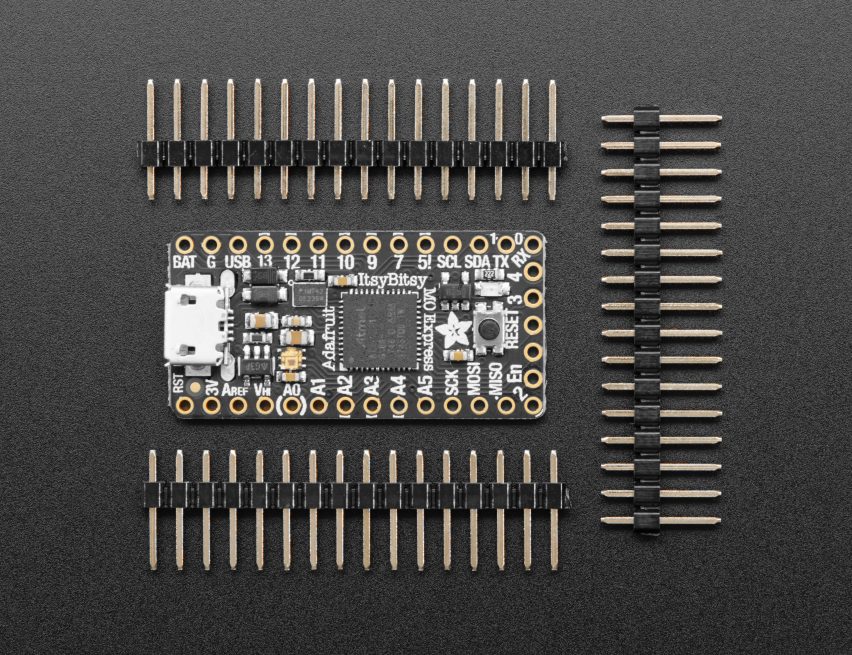 Each order comes with one assembled and tested ItsyBitsy M0, with header that can be soldered in for use with a breadboard. ItsyBity M0 comes with CircuitPython & example code programmed in, but you can replace the code with Arduino if you like.

So what are you waiting for? Pick up a ItsyBitsy M0 today and be amazed at how easy and fast it is to get started with CircuitPython! 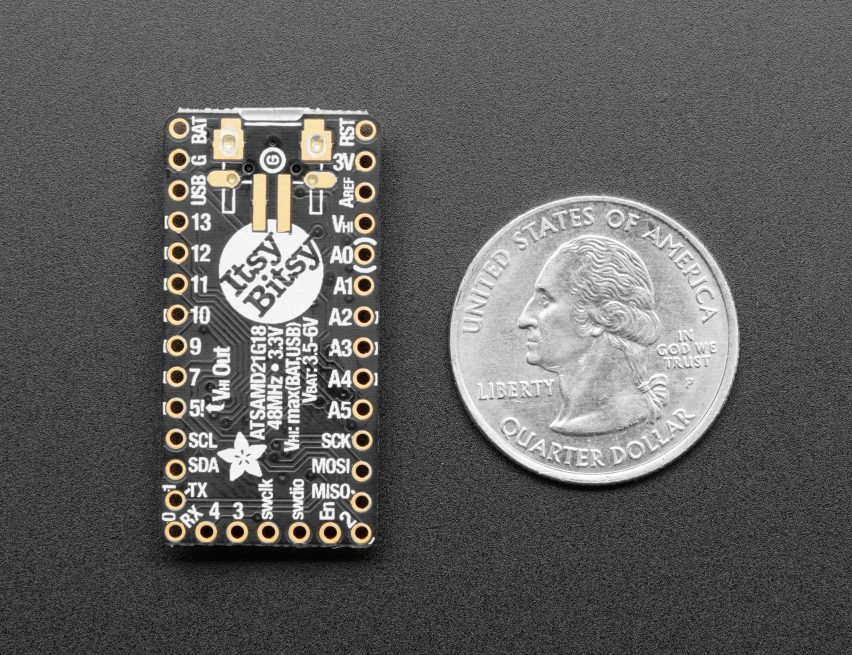