The Doom Mod That Best Describes Our Uncanny Reality 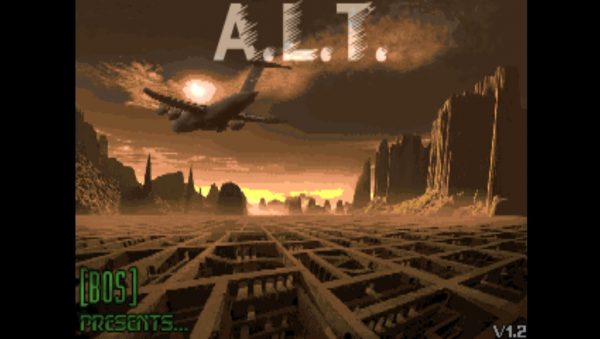 An engrossing trip into the dark heart of Absolute Life Transformation (A.L.T.) a cryptic Doom Mod that Waypoint author Liz Ryerson believes has a lot to say about the world in which we find ourselves.

“Because A.L.T. is a free fan wad made of resources shamelessly ripped from other commercial games (a proud modding tradition) by outsiders, it feels like a pirate transmission. It’s a manifesto, a hack, a shock to the system.” –  via Waypoint

Much of Doom’s initial cultural impact was in how those people who traded floppies with each other of Doom‘s free “shareware” episode treated the game as some kind of mystery manifestation of an alternate reality. I sometimes imagine that it was spoken about in hushed tones, like the disturbing videocassette at heart of the horror classic The Ring. It was a totally new type of experience, and many people didn’t know how to deal with that. It was beyond a video game. It broke reality. 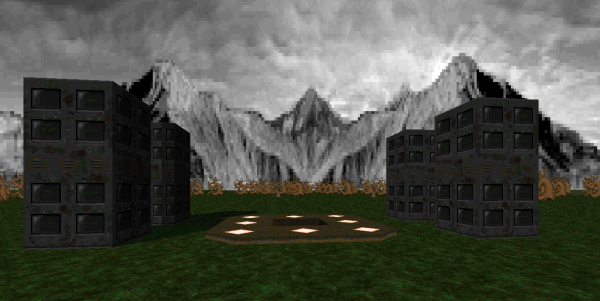 It’s worth noting that the atmosphere of Doom is still not exactly like anything else, even today. Surreal, open-ended environments made from odd, nonlinear, multi-layered structures somehow still seem to fit together by some unknown logic. There’s a strangely organic marriage of different moods and influences as well, from Alien-influenced dirty sci-fi tech to Eldritch horror, from cheesy Metallica album covers to more complex psychological horror. The game is hyper violence, hyper intensity, hyper speeds, hyper darkness. These are mystery places, somewhere far from reality.

Yet none of it ever entirely makes a whole lot of sense, at least from any kind of narrative perspective. The game sometimes seems like it was taped together from different ill-fitting pieces. Ideas seem to come and go with only passing references to previous areas you’ve just traversed in the game, and rules that are set in early maps are constantly broken later on, in a way that feels oddly sloppy and anarchic at times. This is Doom‘s collage-like abstraction, and —just as much as its first-person combat—it’s central to its uniqueness and longevity. 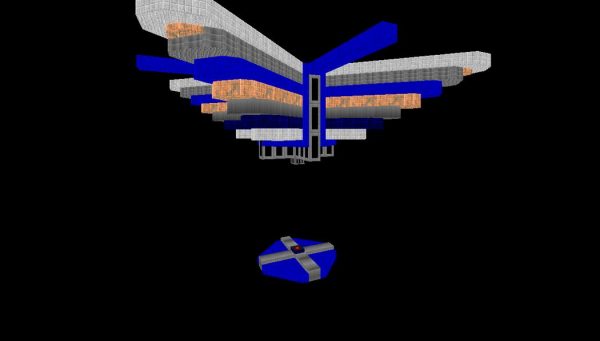 Absolute Life Transformation, the strange little Doom wad mentioned earlier, takes some of [legendary Doom modder] Eternal’s wildest ideas—namely the architectural virtuosity and penchant for abrupt shifts in tone between maps—and pushes them into the stratosphere.

A.L.T. was originally conceptualized and heavily anchored by a Ukrainian modder known as Michailo “Azamael” Kolybenko. The rest of it is made up by Russian modders known only by cryptic pseudonyms like “Archi” and “Beewen.” A.L.T. has a lot of the same tropes of other Doom mapsets from the community’s Russian hub: industrial muddiness, broken down environments, often cryptic or idiosyncratic progression. But A.L.T. forgoes some of the focus on hyper-detail or hyper-difficulty and scope of many modern Doom wads and sticks more to using the traditional Doom tileset.

A.L.T. begins with the vision of a frozen death animation of our beloved player character, the Doom Marine’s, character sprite that abruptly disappears in a flash of damage as you move forward. Thus launches a highly bizarre and jarring first stage set inside an airplane under attack by the blue-suited Wolfenstein 3D S.S. Nazis (used as a joke enemy in Doom 2 in two secret Wolfenstein 3D themed maps). The use of the S.S. guards is very surreal here, especially as some stand sniping you on the airplane wing outside and some goofy and overwrought custom enemy sounds play. But, unlike the Doom 2 secret levels, it doesn’t play as a joke. The Nazis are threatening, and the general off-ness of this encounter feels disturbing.

Even after you’re outside of the jarring first map, A.L.T. doesn’t seem particularly interested in meeting anyone’s expectations for what a Doom mod should be….

Some maps are cramped spaces of ugly boxy browns and grays while others explode with color and architectural complexity. Players are regularly transported into realms made up of all kinds of alienating and seemingly extraneous detail, where reality is constantly shifting. Doors that should open don’t, random triggered events happen out of nowhere, and the structural stability of environments randomly shifts and breaks down. Enemies appear to nullify their ability to attack you by constantly teleporting in a loop. You’re forced to make bizarre leaps of faith that are sometimes sabotaged by Doom’s lack of air control. Levels appear to have dimensions or progressions that did not seem at all apparent from the outset—making them very difficult to comprehend or mentally map. Oftentimes, these worlds appear to resemble other Doom maps because of their theming and texture use, too, which only further plays up that feeling of alienation and dissonance.

By the end of the set, levels have broken down into a series of abstract vignettes. Names take on concepts of existential importance—like “God is Dead,” map 23. Hallways become comically long. The game stops feeling like a Doom wad and starts feeling more like some kind of grand statement about the nature of reality.

After “God is Dead,” your character takes a lonely voyage on a rowboat to a barren castle inside of an empty void, a space seemingly outside of reality—a simulated space, perhaps. Structural continuity of any kind completely breaks in the next map, as bosses and enemies and ideas from other maps are revisited seemingly randomly.

This finally culminates in a giant stadium-like space that’s named “Gehirn,”—or “brain” in German—that your character is forced to blow up to proceed. And then, finally, a journey back into the past—back into the source of your suffering from the very first map.

It’s hard for me to let go of A.L.T. That such an enigmatic, multifaceted experience that has so much to say about our world—and contains so many ideas and angles of approaching it—can go so ignored is really sad. It’s a piece of art that summarizes and encapsulates our confusing times perhaps better than anything else I can think of.

Maybe this is because there are no real cultural signposts for judging the quality of a lot of work out there—especially in isolated places like video game communities online. We might think that if a work is so brilliant and distinctive, it will somehow make itself known to the larger cultural consciousness. But that isn’t the case for so many things in the sphere of new media, A.L.T. included.