The Adafruit METRO (video) is an Arduino Uno equivalent & compatible board designed with a few extra features to improve upon the original Uno. We sure love the ATmega328, and we use it a lot for our own projects. The processor has plenty of GPIO, analog inputs, hardware UART, SPI and I2C, timers, and PWM galore. All the hardware you need for most simple projects. When we need to go small, we use a Metro Mini which crams all that Metro goodness into a breadboard-friendly stick. For more advanced projects, we upgrade to the Metro M0 Express, it is shield compatible and comes with a massive memory and speed upgrade and even runs CircuitPython. With Express you’ll get where you’re going even faster! 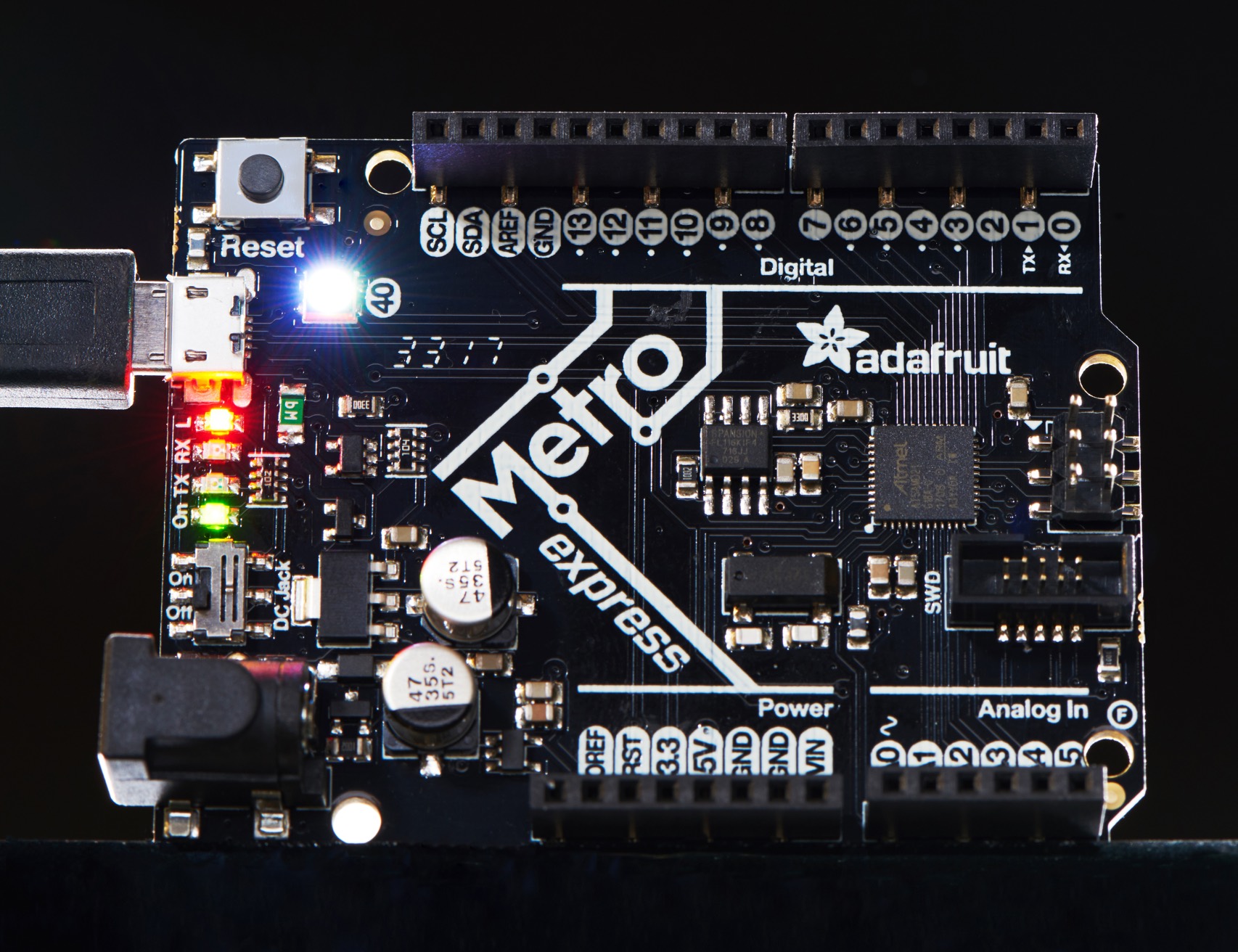 At the Metro M0’s heart is an ATSAMD21G18 ARM Cortex M0 processor, clocked at 48 MHz and at 3.3V logic, the same one used in the new Arduino Zero. This chip has a whopping 256K of FLASH (8x more than the Atmega328) and 32K of RAM (16x as much)! This chip comes with built in USB so it has USB-to-Serial program & debug capability built in with no need for an FTDI-like chip.

Filed under: Metro — by phillip torrone