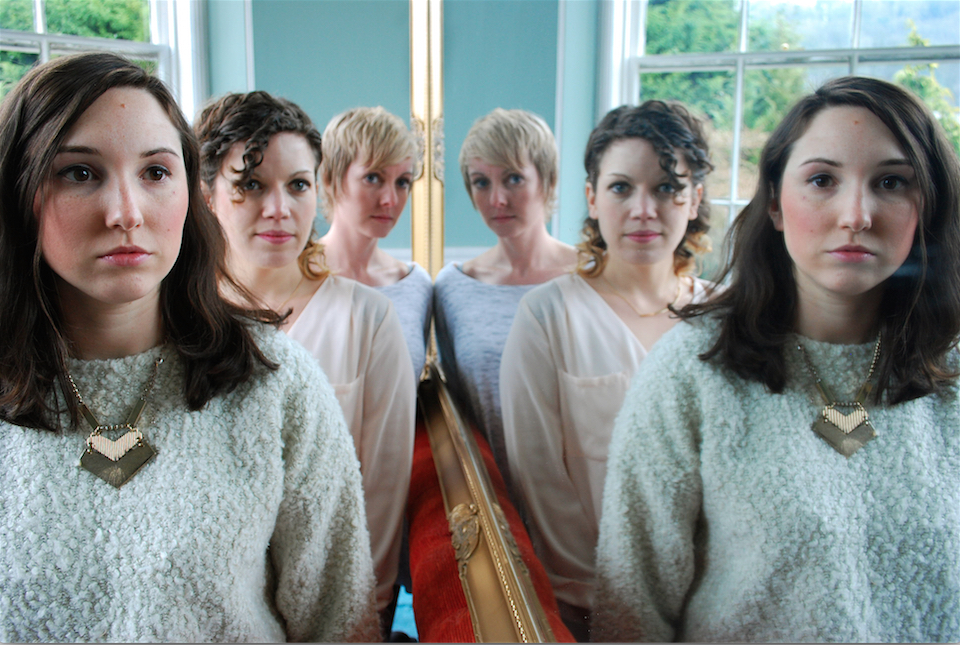 One question we like to ask our MusicMakers guests is who they think we should try and speak to next. Deerful suggested, back in MusicMakers001, that we talk to Haiku Salut, and we loved the idea. Now in MusicMakers006, we finally get the chance.

Haiku Salut describe themselves as an “instrumental dream-pop-post-folk-neo-everything trio” and refer to their music as “loopery and laptopery.” A group of wildly eclectic multi-instrumentalists, they play accordion, piano, glockenspiel, trumpet, guitar, ukulele, drums, and melodica between the three of them, in addition to layering their sound with a plethora of electronics.

Haiku Salut issued their excellent debut long player, Tricolore, on the How Does It Feel To Be Loved? label in 2013 to great acclaim. Following up in 2015 with the gorgeous Etch and Etch Deep album, they introduced an increasingly electronic element to their already diverse and unpredictable sound.

The trio have since continued to experiment. Their collaboration with Public Service Broadcasting received a lot of attention, and they have been taking their celebrated “Lamp Show” (more about that below) to unusual venues across the United Kingdom. But recently they’ve been working on something that we at Adafruit are very excited about; the trio have been composing a musical score to accompany a new play about the life of Ada Lovelace.

Haiku Salut have been a fascinating group from the very beginning, and are terrific people to talk to about any facet of the music world, so we’re so pleased to have Sophie Barkerwood talk to us about Haiku Salut’s experiments with technology, her engagement with format trends, and gear and set-up tips.

Where are you based?
Derbyshire, UK

What was your introduction to music?
I don’t remember a time when music wasn’t around me. When I was small my parents used to have the radio on all the time and I used to tape the top 40 every Sunday and wear the tape thin relistening to my favourite songs. When I was seven or eight I became worryingly obsessed with britpop (Blur > Oasis). Before that when I was four had a series of children’s records, one of which was pinky and perky which I put on at full volume and fell asleep on the speaker. I had to have an operation on my ears as a consequence. It wasn’t until later that I began to gravitate towards people who were passionate about the same music as me which resulted in me first meeting Gemma at a Sigur Ros concert and Louise at a 65 Days of Static gig.

What have you been working on?
We’ve had quite a busy year!
We’ve been working super hard on our third album which will be released this year. It has a bigger depth of sound than the previous two and we’re really proud of it. We worked with a brass band on a couple of the tracks, it’s an incredible feeling to hear your song played back at you via the medium of a championship brass band. It was very emotional.

We spent the latter part of the year gearing up for a mini Christmas tour which had a heavy production element. Aside from our ordinary setup we occasionally take an orchestra of lamps of varying shapes and sizes. The lamps are wired up to our sampler via DMX and dance and flicker along with our performance. We stepped the lamp show up a little this time and had stand alone picture frames and windows which showed volumetric projections which provided a narrative to the set. We were performing inside a haunted living room.

We’ve also been working on the music and tech for a play about Ada Lovelace, the first computer programmer. The idea is that the actors will use parts of the set to trigger and manipulate sounds and music bringing an element of electronic performance into theatre. We have been using Adafruit technology to try out some ideas actually, thanks!

How have you seen technology change the creation and consumption of music in your lifetime?
I think since I started purchasing music we’ve gone through almost the whole range! I started on cassette (Shine 3) which was such a connecting and beautiful medium. I mean, on reflection, the sound was terrible but I made and received no end of mix-tapes and I cherished them. I guess there’s a return to the idea of mixtapes with Spotify playlists but there was such a labour of love involved with the cassette mix tape. I have enjoyed the vinyl comeback, there’s something very sociable about putting a record on with friends. I bought a lot of CDs but on reflection there was always something clinical and unromantic about them. I never had a minidisk player though, shame about those. Obviously streaming has been the big game changer. I stream music on my phone because it’s accessible and convenient but I do think this changes the way we absorb it. For me, it’s almost like I become a passive listener. The music doesn’t touch me as deeply somehow. It’s like I’ve not made the effort to actively discover and listen to this music so I only surface level enjoy it. It’ll be interesting to see what happens next.

Describe your recording or production setup:
We’ve just finished touring with a new set up actually! We mix up electronic performance and real drums so we have quite a hefty amount of stuff now. When we play live we trigger samples and loop instruments and move between instruments mid-songs. Our songs are loop based but there’s quite a bit of movement in the structure and manipulation in the sound which I think (hope!) is reflected in our performance. In terms of gear we use an Ableton Push and we recently bought a Mallet Kat which is a MIDI xylophone/glockenspiel instrument, we can use this to trigger any mallet instruments or send MIDI messages. We also use that for drum pads too. Our accordion has its own pedal board now which goes through reverb, delay, octave and distortion which is FUN. We have a BOSS RC-30 looper too and a Novation Mininova which is dead bassy.

Any tips for gear or customising your workspace?
We have a room of our own where we practice. We decorated it nice and have a lovely houseplant in the window seat, it’s nice to spend time in there. One tip that really helped me is to make sure everything is set-up and plugged in ready to go. If you have an idea in your head that you want to explore the last thing you want to do is spend an hour taking instruments out of cases, finding relevant leads and tidying up. Getting into the creative mindset can be hard enough. Make sure it’s all up and ready to go.

What’s one song everybody should hear?
Everyone should listen to “Uncomfortable” by Mega Emotion. They’ve been working on their debut album and it’s incredible.

Who do you think we should ask these questions next?
I’d like to know the answers of Dan Deacon, he’s always doing amazingly inventive things. Also, Kayla Painter is an electronic artist from Bristol who makes beautiful glitchy stuff and does a really cool AV live show.

Haiku Salut will be playing at the FOCUS Wales festival in Wrexham on May 11th. 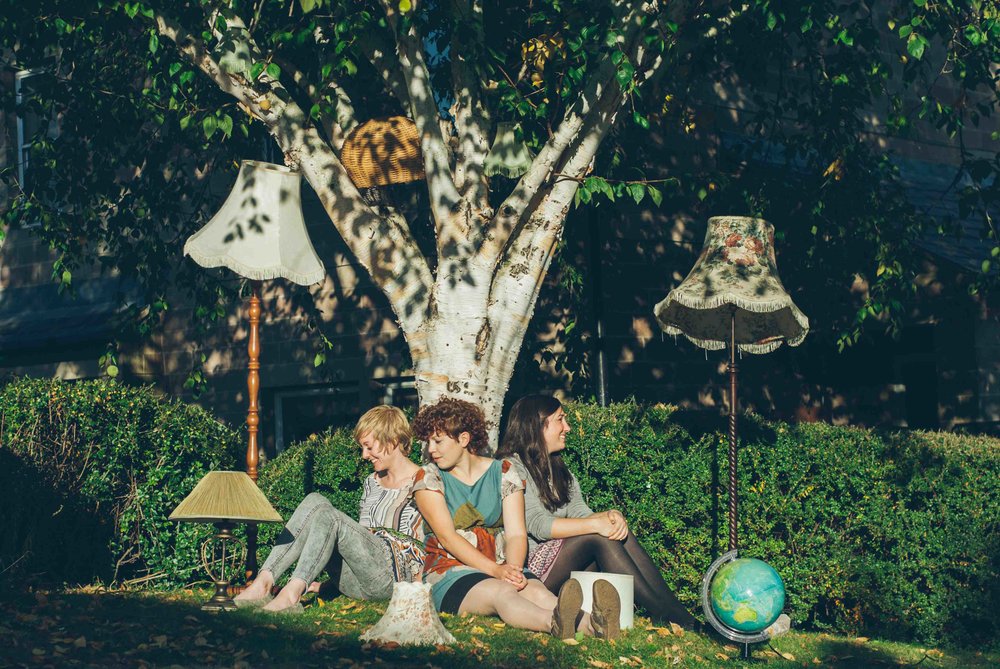 Comments Off on MusicMakers006: Haiku Salut