The Story of Patents, Timelines, and the Beloved Rubik’s Cube

Ernõ Rubik is quoted as saying,

So it’s almost no surprise that he would go on to invent one of the world’s most well-known puzzles, the “Buvos Kocka” or “Magic Cube” as the patent was originally filed (below) – before going on to be re-branded as the Rubik’s Cube. But it wasn’t always so easy or straightforward, reports the Edison Nation InvENtors blog. 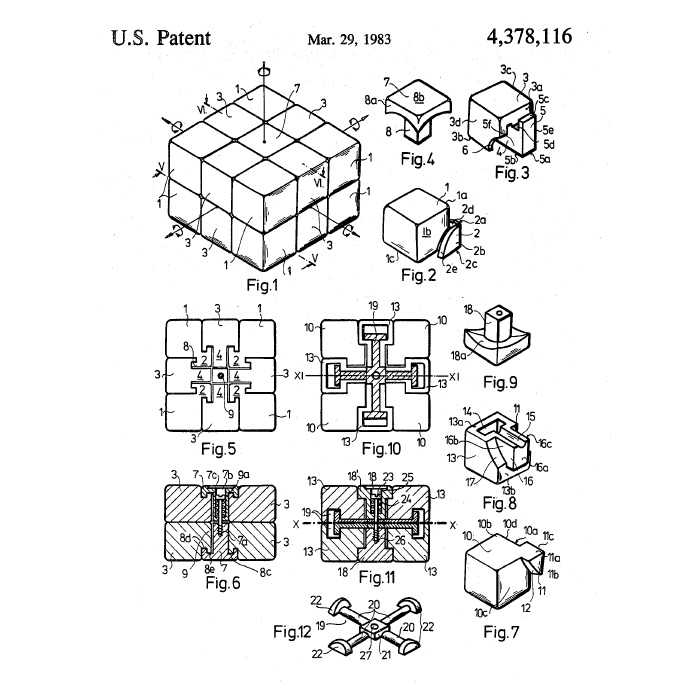 In the spring of 1974, Rubik created the now well-known puzzle as an interesting design problem for his students to help them understand three-dimensional problems.

The Rubik’s Cube consists of 26 small individual cubes, joined together into one big cube consisting of six sides, with each side having nine squares. Each layer can twist and overlap with the other layers. Any three squares in a row can join a new layer by being twisted either horizontally or vertically, but not diagonally.

Unfortunately for Rubik, the intellectual property process was just as puzzling as his puzzle…

Comments Off on The Story of Patents, Timelines, and the Beloved Rubik’s Cube