How Does Foucault’s Pendulum Prove the Earth Rotates? #MakerEducation 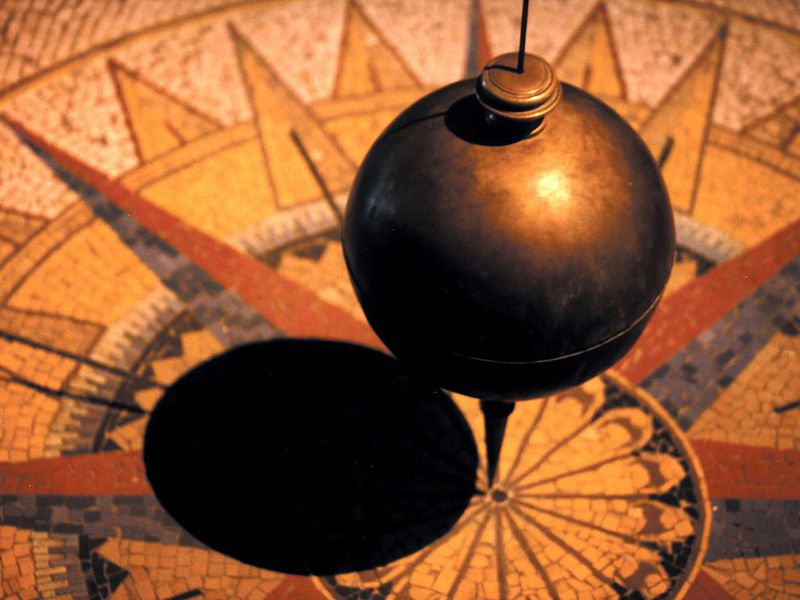 On February 3, 1851, a 32-year-old Frenchman—who’d dropped out of medical school and dabbled in photography—definitively demonstrated that the Earth indeed rotated, surprising the Parisian scientific establishment.

Acting on a hunch, Léon Foucault had determined that he could use a pendulum to illustrate the effect of the Earth’s movement. He called together a group of scientists, enticing them with a note declaring, “You are invited to see the Earth turn.” Foucault hung a pendulum from the ceiling of the Meridian Room of the Paris Observatory. As it swept through the air, it traced a pattern that effectively proved the world was spinning about an axis.

A month later, Foucault shared his experiment with all of Paris at the majestic Pantheon building. According to the American Physical Society, he suspended from the Pantheon’s lofty dome a 61-pound brass bob on a 220-foot cable. As it swung back and forth, the pointed end of the bob traced lines in sand that had been poured on a wooden platform. Over time, the angle of these lines changed, suggesting to audience members that the direction of the pendulum’s travel was shifting under the influence of an unperceived rotational motion—that of Earth.

Comments Off on How Does Foucault’s Pendulum Prove the Earth Rotates? #MakerEducation