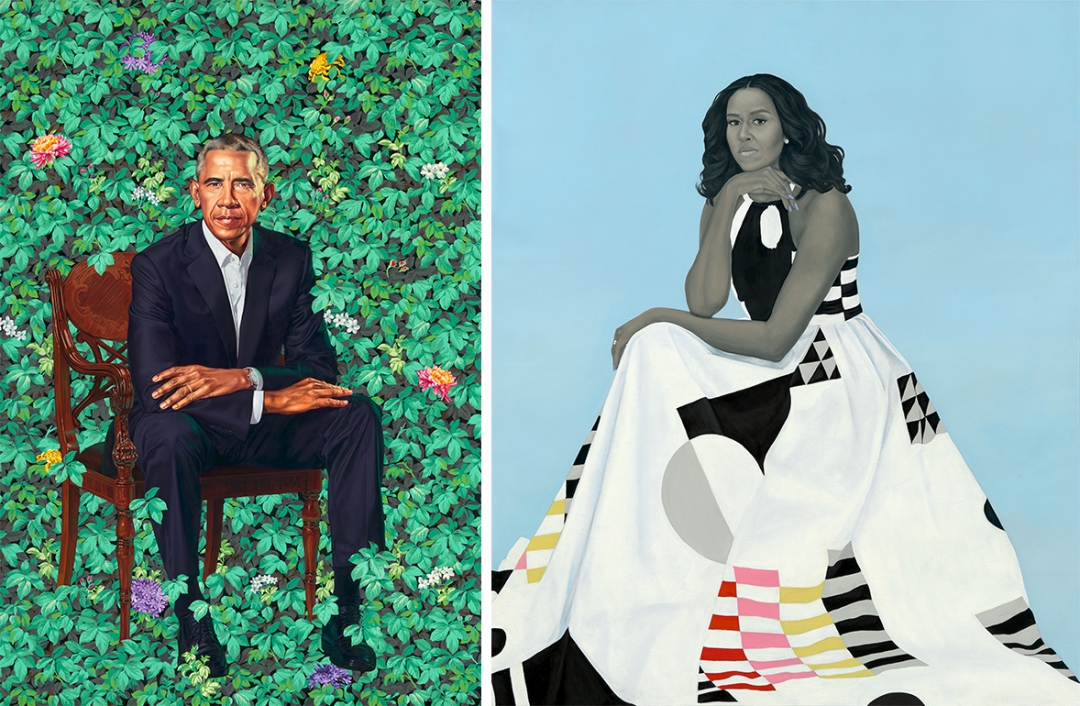 The former first couple and the artists were in attendance at the ceremony, held at the museum, to mark a historic moment: the paintings — beyond capturing the first black president and First Lady — represent the first-ever official presidential portraits executed by black painters.

Wiley’s portrait of the 44th president depicts him seated against a lush backdrop of foliage, embodying the nobility and gravitas for which the New York-based painter is known. Upon its unveiling, Obama quipped that he looked “pretty sharp” and added, “I tried to negotiate less gray hair, and Kehinde’s artistic integrity would not allow him to do what I asked. I tried to negotiate smaller ears. Struck out on that as well.”

Sherald’s portrait of Michelle Obama is more subdued but equally elegant, portraying her seated against a light blue backdrop, in a graphic dress by designer Michelle Smith. Michelle Obama said she was “thinking about all the young people — particularly girls and girls of color — who in years ahead will come to this place and they will look up, and they will see an image of someone who looks like them hanging on the wall.”

Learn more about the artist:
Amy Sherald and
Kehinde Wiley